Exploring local history, from the ground down 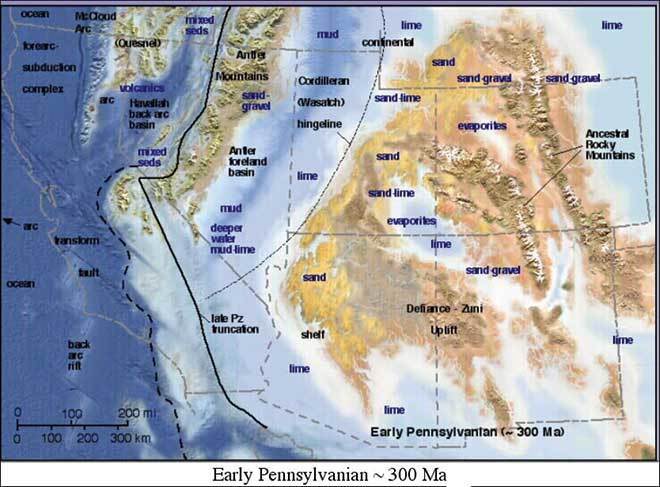 Rocks talk to Garry Zabel, and he’s looking forward to sharing their stories.

“If you pick up a rock that has a ripple, it’s telling you something,” he said. “Every type of rock has characteristics that geologists know how to read.”

A professor emeritus at Colorado Mountain College, Zabel is perhaps best known for the field trips he leads to Utah and Arizona. As part of the ongoing Naturalist Nights speaker series, however, he’s preparing to tackle geology closer to home with a presentation at the Third Street Center at 5:30 p.m. Jan. 24 and the next day in Aspen.

The Grand Canyon follows the basic tenant of superposition — the idea that layers get progressively older as you go down — and is comparatively easy to read.

“Everything’s horizontal and laid out for you,” Zabel said. “Here, it’s a little more difficult.”

That’s perhaps best illustrated by the fact that, while Zabel’s talk will range from the bottom of the Glenwood Canyon to the Grottos area above Aspen, it actually begins and ends in the same formation.

The way, way back

That Precambrian granite, schist and gneiss (geologists have plenty of puns and jokes based on those names) in both places are some of the oldest rocks visible anywhere in the state, having been deposited a billion years before all but the simplest fossils. Between that and the next oldest local layers is a massive gap in time — an unconformity — in which anything that may have been deposited has long since eroded away.

Even so, the Sawatch Sandstone you’ll see next was deposited more than 500 million years ago, making it twice as old as the dinosaurs. From there, the layers record the rise and fall of water levels.

“What we’re seeing in the sedimentary rocks is oceans coming and going,” Zabel explained.

The Leadville Limestone, for instance, was formed of the shells of tiny sea creatures around 300 million years ago. Made mostly of calcium carbonate, it dissolves in water and can get deposited elsewhere, creating caves like the Glenwood Caverns and travertine formations like at Hanging Lake.

Perhaps more significant for Carbondalians, however, is what happened when mountains began to rise and those seas dried up. Left behind was a salty layer that eventually formed into gypsum — the Eagle Valley Evaporite. It’s that white, crumbly rock you see at the corner of Snowmass and Main or on the back side of River Valley Ranch. It’s an ingredient in drywall, and like limestone, it dissolves in water — but with very different consequences.

“Geologists mapping the area recognized that there’s a lot of salt type minerals dissolved within the springs,” Zabel observed. “So they went to the bar and wondered where it was coming from.”

As it turns out, that layer of gypsum has been slowly dissolving away from Glenwood to Basalt, working large scale changes in the landscape. Based on the angle of the basalt layers underneath most of Missouri Heights (which were laid down more or less flat around 10 million years ago, enough rock has been eaten away to bring the elevation in some places down as much as 3,000 feet. And the process is ongoing.

“Between Carbondale and Cattle Creek, the density of sinkholes is higher than anywhere else in the state,” Zabel said.

Those small-scale impacts are most pronounced where the Eagle Valley Evaporite is relatively near the surface, like at the foot of White Hill or on the northern end of the CRMS property. In many parts of the mid valley, however, at least one more layer sits on top of the gypsum: the Maroon Formation.

Named and best known for the Maroon Bells, it’s the same reddish sandstone on Red Hill and shares a story with Fisher Towers and Red Rocks. After the Ancestral Rocky Mountains had dried up the sea in between, a series of intermittent streams and alluvial fans set to work eroding the mountains into the plains on either side. In the geologic record, long gone mountains are marked by absence and mapped by ranges in what was deposited around them.

While the Maroon Formation is the last layer under Carbondale itself, there are plenty of newer rocks nearby. Some would be familiar to Utah geologists: the Chinle Formation, Entrada Sandstone, Morrison Formation and Dakota Sandstone and Mancos Shale — another series of beaches, rivers and seas. The Mesaverde Formation in this area was formed by a swampy delta on the scale of the Mississippi and contains the coal that drew folks to Redstone and Spring Gulch. Tipped on its side and more resistant to weathering, it forms the Grand Hogback — a ridgeline extending from McClure Pass up toward Steamboat Springs that marks the geographic western edge of the Rocky Mountains.

The current crop of Rockies began their rise around 80 million years ago, as some of the last dinosaurs were walking the earth. There are still a few sedimentary layers after that, like the Green River Formation — a blueish “oil shale” with variations so fine you can track the seasons.

Around 30 million years ago, as series of massive bubbles of magma formed under the surface, cooled, and weathered into prominent mountains like Sopris, Capitol and Treasure. In the process, they “cooked” the rocks around them, turning limestone into marble and gypsum into alabaster, among other changes.

It’s worth noting that Sopris is not, strictly speaking, a volcano. The granite that it’s made of forms underground. Basalt, by contrast, cools on the surface — like the aforementioned 10 million year old layer in Missouri Heights and Basalt Mountain itself.

The last big force to shape the Valley were the glaciers, which carved bowls in mountains and scraped lines in the walls of the grottos. In a sort of inversion of superposition, the downcutting of successively smaller glaciers means that the oldest evidence is high up (a noticeable natural berm or “recessional moraine” cutting across the valley by the Airport Business Center, for instance). Carbondale itself was below the roughly 7,500 foot cutoff for glacial activity, but owes its gravel base and terracing (the drop on the east end of town toward Delaney Park is probably the best example) to the meltwaters.

You won’t learn everything there is about local geology from a presentation or a newspaper article, or remember it if you did. But, as Zabel often points out to his classes, if you can recognize one formation, you can find yourself in geologic time.

“It brings a whole new perspective of the earth,” he said. “This is our home, we ought to understand it.”