Habitat ReStore gets a new home of its own 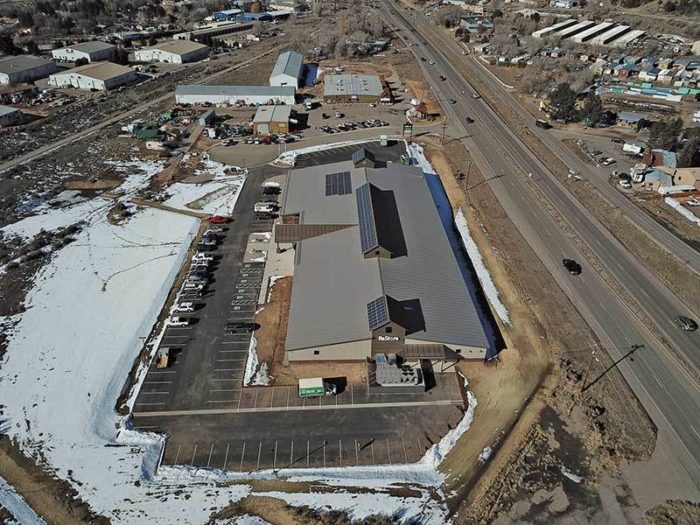 Sharing is caring, as the adage goes, and now there’s a 40,500-square-foot embodiment of the sentiment in the Valley. The new Habitat for Humanity ReStore, 53 Calaway, Ct., officially opened Jan. 19, and it’s been abuzz ever since.

“I’m guessing, based on how busy it was, we had to have over 500 people — easy — on Friday and Saturday,” Habitat for Humanity Roaring Fork Valley President Scott Gilbert said of the store’s opening weekend. “It’s kind of like a frenzy.”

The organization is calling the new location its “ReStore 2.0.” The expanded space has streamlined the organization’s presence in the Valley, offering a permanent home for administrative and retail staff alike. But that doesn’t mean Gilbert has a corner office hiding somewhere in the store.

“I say I don’t have an office. You know, people don’t really have offices the way they used to,” Gilbert said, referring to the increasing employment trend for working remotely. Many of the administrative staff either work from home or share the conference room in the ReStore. For Gilbert’s part, he is often found on the sales floor, helping customers find their ideal next mattress or living room decor. He prefers it that way.

The ReStore is a mission-driven way to raise funds for the organization, which is dedicated to increasing affordable home ownership: for those already in their homes, they can decorate at significantly decreased prices than if they shopped new, and their purchases then go toward funding the nonprofit’s homebuilding aspect.

Since the entire emphasis of the operation is homemaking, it made sense for the organization to focus on ensuring it has one of its own, Gilbert said, emphasizing the financial advantages and the stability that come with owning the new building. “It’s a crazy-good situation. We are ecstatic we got to this point — now we just have to perfect how we operate. That’s not the easy part, but it’s something we can control.”

About 90 percent of the store’s inventory comes from tax-deductible donations, Gilbert estimated. Those donations come from both individuals and local hotels. And because everything is under one roof, prospective shoppers will find everything from couches to appliances to doors.

“It’s nice being out of the garage-door setting,” said David Moya, who has been with the organization for seven years and three moves. “There was a lot of people shopping at our front store and didn’t know our warehouse was behind it.”

Brian Wilson, who celebrated his two-year anniversary with Habitat for Humanity this week, agreed. “We get a lot of stuff — especially if you like cabinets and stuff -— but nobody was buying them because nobody knew they were back there,” he said of the earlier iteration of the ReStore that split inventory between a retail store and warehouse.

In addition to the new building, the ReStore is also exploring an addition to its inventory model: artistic consignment. “We’re starting up a program to feature some local artists who want to have their stuff in a high-traffic [venue],” Gilbert said.

Currently, the only things in the store that are sold on consignment are a local artist’s wooden flag carvings, he said, but he’s expecting more artists to approach him about showcasing their works in the store as word gets out.

“We have much higher foot traffic than any gallery in the Valley,” he said, noting the possible exception of First Fridays in Carbondale. “What artist wouldn’t want their stuff in a big location?”

The benefits of shopping at the ReStore are twofold: revenue from the retail store benefit affordable housing in the Valley and repurposing lightly used furnishings keeps perfectly usable furniture from ending up at the dump.

Even the building contributes to lowering environmental footprints, with heavily insulated steel panels and all LED lighting, among other design intentions. That decision isn’t just good for the planet; it’s good business, Gilbert said. Its 56-kilowatt solar rooftop system is expected to save the organization about $24,000 in annual utility expenses.