A bond that transcends language 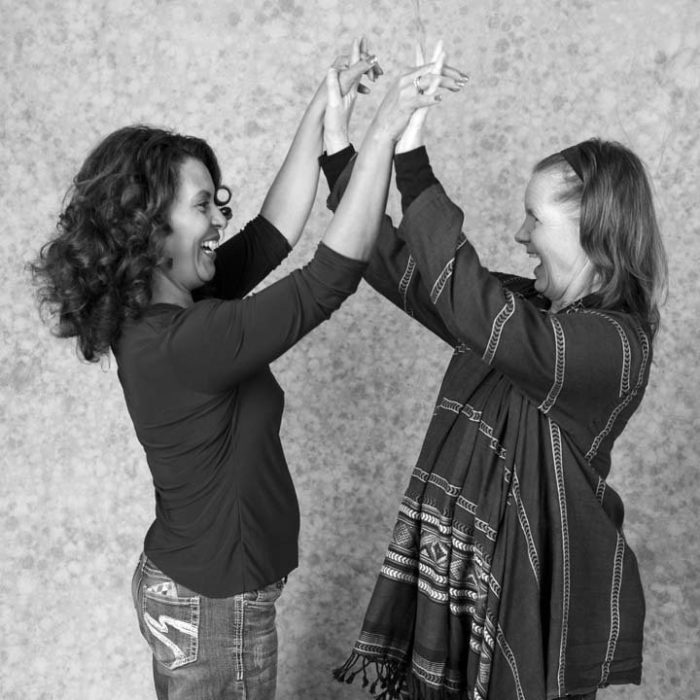 Most of the clients that walk into Main Street Barber Shoppe are native English speakers. So that’s what Rosa Contreras speaks with them — a feat that’s been years in the making.
Contreras had a successful life in Guatemala, raising her family and running her salon business. But in 2003, her husband Oscar moved to Colorado, and within a few years, she and their three daughters did the same. But unlike her husband, Rosa didn’t speak a word of English.
“Una compañera que esta tenía estudiando ESL… ella me explico, me dijo, ‘tu no tenias un tutor?’” Contreras said of how she discovered English in Action (EIA), a Carbondale-based nonprofit dedicated to pairing those needing to learn English with a local tutor. While she speaks mostly English while cutting hair, she spoke mostly Spanish in an interview with this quasi-fluent reporter.
Contreras had been taking an English as a Second Language class at Colorado Mountain College but was struggling to keep up with the content, so a classmate suggested she find a tutor. That led her to contacting and filling out an application with EIA.
“There’s more than 100 people on our waiting list,” EIA Executive Director Lara Beaulieu said, noting that the typical waiting period for someone to be matched with a tutor in the area is around two years.
Contreras waited for four. But she ended up getting much more than a tutor.
“It grew,” Angelyn Frankenberg said of her relationship with Contreras evolving from tutor to friend. “To start out — and this what the organization asks — you commit to an hour a week. Later on, but this probably wasn’t until well into our second or third year [working together], we did start to put in a little more time. That’s just more because we did start becoming friends, which happens a lot in EIA.”
In several ways, the barber shop is a physical manifestation of that friendship. Despite her more-than 15 years of professional experience in Guatemala, if she wanted to continue that career, she would have to start completely anew in the United States. And that couldn’t happen until she could demonstrate fluency in English.
“Todo el mundo en ingles, si no hablar nada ingles, todo es muy dificil,” she said, and that difficulty became particularly true when reviving her career in a new country. She waited four years to get paired with Frankenberg, and then it took several more years of them working together before she could go through school (again) to get her cosmetology license. Her exams were in English, after all.
“She had to go back to school in cosmetology just to do professionally what she had already been doing in Guatemala,” Frankenberg said of her friend. “That happens so much in our immigrant community. They may have been very well educated in their home country — Rosa even had her own little shop in Guatemala.”
Contreras did not want to leave her home country, but the distance after Oscar moved to the United States proved too difficult to manage, especially with their daughters, she said through tears. And they agreed that their girls would have a better future here, which has proven true.

“Mis hijas están muy contento,” she said with a smile. She credits Frankenberg with much of her and her family’s happiness. “Ella es mi amiga; ella me ha impactado tanto,” she said. Translation: “She is my friend; she has impacted me so much.”
Frankenberg recently moved to Detroit with her husband, Randy Essex, who recently left his position as publisher and editor of the Post Independent to return to the Detroit Free Press. “We did keep our place in Colorado. We’re leasing it now,” she said. Oscar manages the property on their behalf.
And despite the distance, the women stay connected. “We’re on touch on Facebook,” Frankenberg said, adding that Contreras’s daughters also make sure the friends don’t lose touch. “One of the girls said, ‘Oh you’ve got to get this thing, Whatsapp.’ So they’ve got us started using that.” Skype is likely the next virtual horizon, she said.
The contact won’t just be limited to the internet. Every December, the Contreras family goes back to Guatemala to visit. Next year, Frankenberg hopes to join them. “And I told her, ‘when you do get your citizenship, I will be there no matter what,’” she said, noting that while Rosa and her family are all permanent resident, obtaining citizenship is the “next big family project.”
It’s not the only one. In the shorter term, the Contrerases intend to stay involved with EIA. “They really as a couple want to find ways to give back to the community,” Beaulieu said. “And her husband has really strong English skills — he recently attended our last training to become a volunteer tutor.”