Roaring Fork renaissance girl in the running for Daniels scholarship 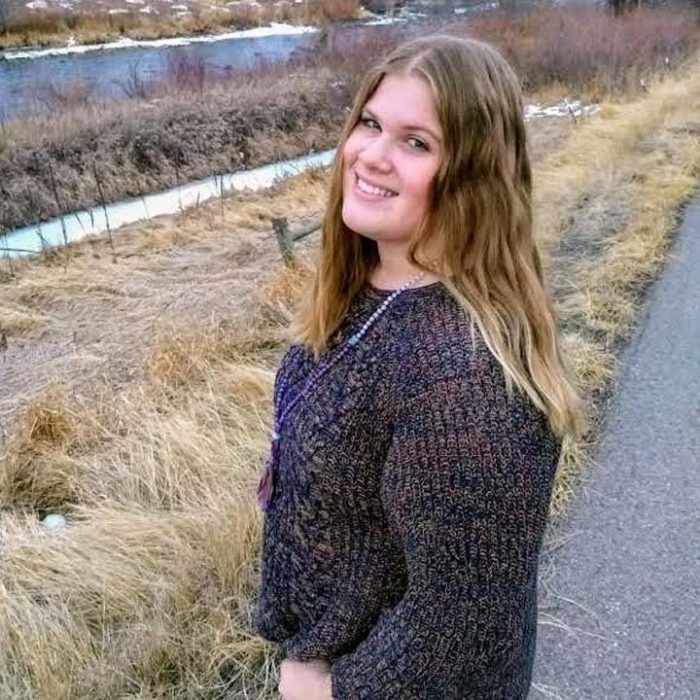 Roaring Fork High School senior Emily Johnson has so many passions and talents, it’s hard to find a subject that doesn’t interest her.
“I’m really into trying everything,” she said. “I don’t ever want to stop learning.”
She’s into science, reading, writing, art, music, and cooking, but is lukewarm on rock climbing and war history. If she has her way, she’ll be working for NASA somewhere down the line, but that doesn’t preclude the possibility of running a remote bakery or maybe a bookstore later in life.
First, though, she wants an education, ideally at Boston University.
“It has phenomenal departments — astronomy and astrophysics, marine biology, culinary arts, foreign languages,” she explained. “It’s also on the coast in a cold wet rainy place — tea weather!”
Out of state tuition doesn’t come cheap, however, and that’s where the full-ride-and-then-some Daniels Fund scholarship comes in. Johnson is Roaring Fork School District’s only finalist this year (last year, RFHS alone boasted four winners), and will interview at the end of the month.
“I was scared of not being able to go to college,” she said. “I’ll figure a way to do it anyway, but with the Daniels, I would be set.”
The Daniels’ website (www.danielsfund.org) states selection criteria as strength of character, leadership potential, commitment to service, academic performance, and a well-rounded personality. Ask RFHS Vice Principal Kelsie Goodman about how Johnson fits any of those, and she’d be happy to gush.
“She’s one of the most enthusiastic people I’ve ever met in my life, but she’s also compassionate and uses her talents to help others,” Goodman said. “What she has brought to our school and our community is so rich and vibrant.”
Although she’d be a first-generation college student, Johnson’s academic and artistic expansion began early. She’s been a musician “since she could talk” and plays clarinet, piano, guitar, bass, drums and the Armenian duduk. Oh, and she sings for the residents at Heritage Park.
And works as a clerk and cashier at City Market. And writes, sketches and paints. And went through YouthEntity’s culinary program last year.
“It’s definitely been a struggle trying to find the balance,” she said. “I feel like if I enjoyed it less, I’d cut some stuff out. But as it is, I make myself have time for it.”
If it really came down to it, though, science would probably win out. Her astronomical inclinations, in particular, are stoked by stargazing with her sister and glassing the heavens with her telescope.
“I want to help discover things and develop theories and test the limits of the world around me,” she said.
That’s not to say she doesn’t have a philosophical and even spiritual side — stoked by her struggles with health, bullying and depression in the first part of high school.
“You never know what people are going through. A smile can save a life,” she observed. “I was so close to just giving everything up, and now I feel like I have a second chance. So I want to go and do everything just because it’s there.”
And the Daniels Fund is just the latest opportunity to help make that possible.
“I’m so grateful for everything that’s been offered to me,” she said. “The fact that I was considered for the Daniels scholarship just blows my mind.”
She may be the only person who’s surprised.