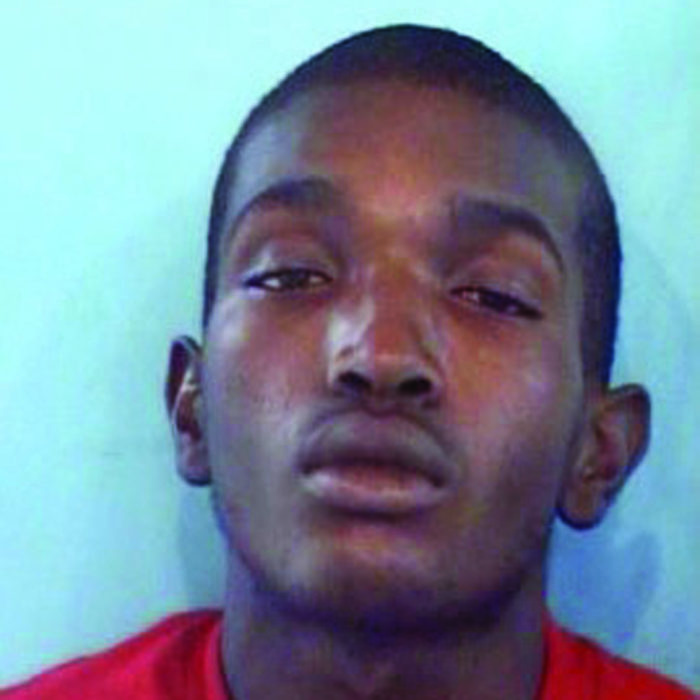 Benjamin Weeks will spend 14 years in the Colorado Department of Corrections — serving a 12-year and a 2-year sentence consecutively, while serving another 2-year period concurrently — for holding up the Carbondale Cowen Center at gunpoint in February of last year with his cousin, Nick Ameral.

That decision — whether Weeks should face separate sentences for the two victims involved in the robbery and whether those sentences should be served consecutively or concurrently — became the central point of contention between Deputy District Attorney Zac Parsons and defense attorney Chip McCrory at the beginning of the Feb. 13 sentencing hearing.

“Both victims were here this afternoon,” Parsons said. “And they are taking this as a moment of closure for them. Ultimately, this case is about [the victims] and what they experienced on that day in February of 2017.” Parsons argued that Weeks should serve at least two consecutive sentences to validate the individual experiences of the victims. McCrory countered that serving consecutive sentences — offering instead that they should be served concurrently, as one incident would not have happened without the other — might infringe on Weeks’s right against double jeopardy.

The decision was not one Ninth District Judge James Boyd took lightly, as he called for a recess that lasted 40 minutes in order for him to review the arguments and relevant case law on the matter.

Parsons asked for an 18-year sentence for the armed robbery and a 3-year sentence for menacing, to be served consecutively for a total of 21 years. “The line between life and death — the line between good and evil — was so significantly small and the actions that Mr. Weeks subjected to these individuals was so severe that there does need to be a significant punishment,” he said.

The two victims were held at gunpoint, according to trial testimony, and the on-duty employee opened the cash drawer, from which Ameral took $500. They were then ordered to lie on the floor — still at gunpoint — until Weeks and Ameral fled the scene.

McCrory maintained that Weeks should serve only the minimum 10 years because, while there were two victims, “It was brief. There was no hostage situation. I think the entire video recording was 46 seconds from the time they entered to the time they left,” he said. “No one was injured. It was a stupid, run-of-the-mill armed robbery.”

Ultimately, Boyd compromised, noting Weeks’s youth as a mitigating factor to his benefit and the fact that Weeks had lived mostly on his own, often homeless, since he was 15 years old. Weeks served six months in a juvenile detention center, but this is his first felony and first conviction in his adult life.

“There’s certainly evidence, because the gun was found loaded with a round in the chamber, that it at least can be inferred that it was loaded during the time of the offense. The fact that it was short does not change the risk,” Boyd said of his sentencing decision.

Ameral pleaded guilty and was sentenced to six years in prison. According to McCrory, Weeks also tried to work out an agreement with the District Attorney’s office but was denied each time. “He thought he might as well go to court and see what happens,” McCrory said of his client’s decision to plead not guilty and stand trial in front of a jury.

Weeks has spent the last 355 days in custody since his arrest, which were credited toward his sentence in Colorado — the details of Weeks’s extradition to Las Vegas, where he is wanted for first-degree murder of 27-year-old Adrianna George, are pending.