Discuss the future of the John M. Fleet Pool 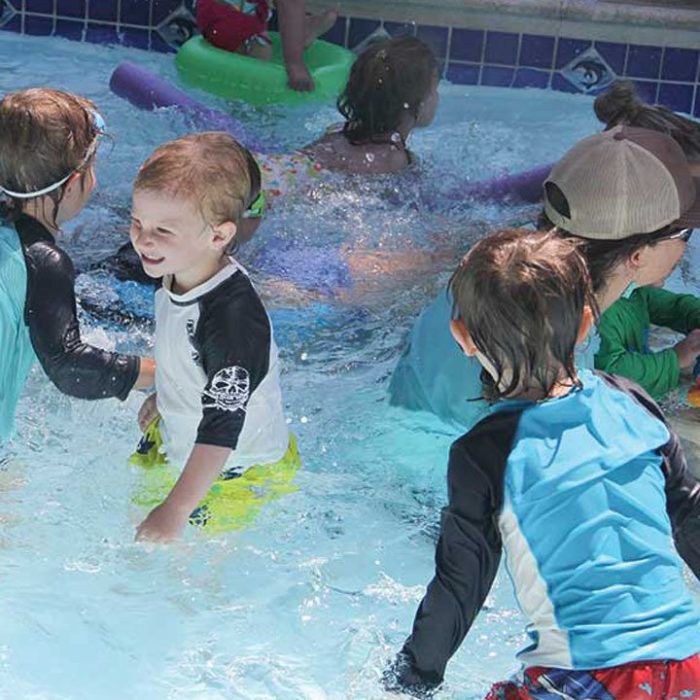 With the 40-year-old municipal swimming pool constantly under repair, the question of what’s next will be tackled in a 6 p.m. community forum on Feb. 28 at Town Hall.
“The goal is to get people excited about the process,” said Parks and Recreation Board Member Kathleen Wanatowicz. “We want to make sure we’ve brought the community along with us and they’re going to back us.”
It’s just a small step in a process that has been slowly unfurling since the 2014 Parks and Recreation Master Plan. At that time, a community poll indicated that most respondents wanted to see a pool renovation.
Built in 1978 and named after former mayor John Fleet, the six lane, 25 meter pool was already showing signs of wear. With leaks in the wading pool, always-significant payroll expense has been increasingly eclipsed by basic upkeep.
“We’re spending a lot just to keep the pool alive. That’s what’s going to happen with an aging facility,” noted Parks and Rec. Director Eric Brendlinger. “I think the biggest question is whether it’s satisfying the needs of the community.”
After all, the design is a bit dated. Most modern pools feature a slope up to zero depth instead of a seperate wading pool, which allows for American Disabilities Act compliance as well as a gentle adjustment for new swimmers. There’s also a desire for more year-round access (according to a more recent poll), that the current facility (which is heated but only open from around Memorial Day to Labor Day) couldn’t accommodate without major modifications. Other appealing features cited included the ability to host swim competitions and a therapy pool, with a splash park, diving area and slides lower in priority (which may have something to do with the 95 percent adult demographic taking the survey).
In the same poll, 42 percent of respondents rated the current facilities as fair, 31 percent poor and less than 10 percent good — with not a single excellent rating (the remainder either didn’t know or didn’t use the pool) and an 87 percent majority supported replacing it.
The real question, before site selection or planning, is how to pay for it.
Currently, the pool is maintained and staffed through the recreation sales and use tax, which doesn’t have the bandwidth for a new overhaul. Brendlinger wasn’t sure how the original pool was paid for, but if it was a bond or a special tax it’s probably not an ideal model to emulate.
“The voters haven’t been very receptive to new taxes, so we’ve been looking at alternative ways to fund this,” he explained.
If the survey is any guide, the most popular option is to form a “Friends of Carbondale Parks and Rec. Foundation” to accept private donations and launch a fundraising campaign.
That’s one of the possibilities that will be explored in a presentation and set of information stations at the Wednesday forum. Both Brendlinger and Wanatowicz emphasized that it’s early in the process — before even formal planning.
Depending on the feedback, Parks and Rec. will pursue a planning grant for a feasibility study. In an “aggressive” timeline, the pool might open in 2023 after extensive public process.
Meanwhile, there’s no shortage of demand for the existing facility. Pool admittance numbers are only increasing, which Brendlinger credits to Aquatics Director Margaret Donnelly.
“Having a public pool that’s subsidized is part of our mission. The need is there, we really feel,” he said. We live between two rivers. Learning how to swim is a life skill.”