Pages of the Past: Down to a coin toss 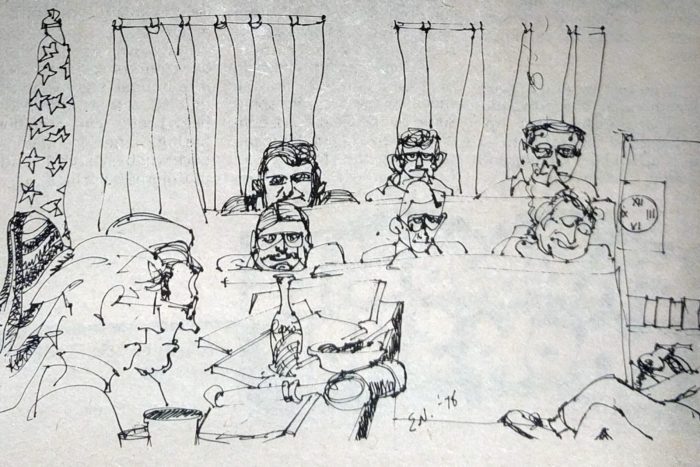 Feb. 23, 1978
A contested appointment on Planning and Zoning came down to chance. It was the second seat filled in two months (Paul Lappala got the first one), and many had assumed that the other applicant the first time would simply fill the vacancy, and the town didn’t advertise the position. Frank Smotherman, however, expressed interest, leaving Trustees to arrange a secret ballot which ended in a tie. Left with the final decision between two qualified applicants and not wanting to delay the decision, Mayor John Fleet opted to flip a coin — and Smotherman got the job.
In other news… Roaring Fork High School and Colorado Rocky Mountain School were working together to create a solar heated greenhouse.

Feb. 25, 1988
KDNK hosted its second annual Losers Prom. With music by the Crystal Bullet Reunion and reminiscent of old high school days, it was billed as a night to forget and geared toward “nerds, geeks, old kids, yippies, hippies, losers, divorcees and squirrels” — at least according to “Murph the Surf.” Royalty would be selected by “unpopular vote” and prizes awarded for “most makeup to cover up a zit” and “most likely to succeed at something.” It all went down at 8:17 p.m. at the Black Nugget.
In other news… The Valley Journal and the Glenwood Post each brought home seven awards from the Colorado Press Association competition.

Feb. 26, 1998
Roaring Fork School District was playing with the idea of year round schooling. “I think the timing is right,” said School Board Member Lon Winston. “The reasons it was shot down before didn’t really have anything to do with the education of our kids.” The idea had originally come up before the 1994 election as a way to ease overcrowding, with different blocks of kids in staggered schedules, but parents objected.
In other news… The State seemed poised to nix the Marble Municipal District whether the residents wanted it or not.

Feb. 21, 2008
The future of Delaney Nature Park was uncertain following a two hour discussion convened mostly to address increasing use as a dog park. Town Staff had recommended managing the 33 acre parcel as rangeland, and the article noted that off-leash dogs were technically illegal in the park — in keeping with the 2002 master plan. “To have a nature park versus a dog park is two totally different things,” noted Mayor Stacey Bernot.
In other news… Garfield County commissioners agreed to rezone the Cattle Creek Crossing property development, but stopped short of allowing the 979 homes originally proposed.