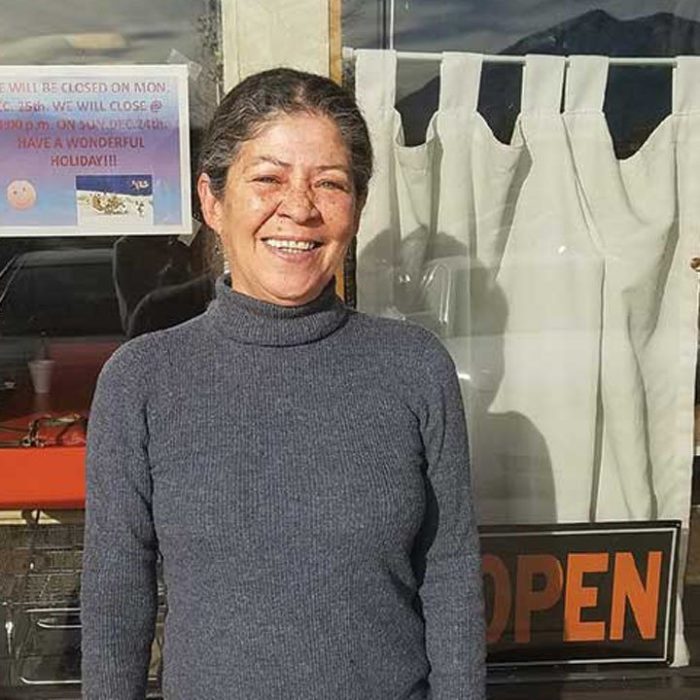 The Sopris Sun is conducting a series of interviews with folks you may not have seen in the paper before – a sort of introduction to your neighbors. A while back we caught up with Bea Lowick, who bought and renovated Sopris Laundry in July 2016.

Sopris Sun: Is this your first time in the laundry business?
Lowick: I rented another laundromat in Carbondale in 2014. I did a lot of work on that. When the lease ended with the landlord at the other laundromat, I decided not to sign it. I came to Sopris Laundry and asked if they wanted to sell, and they did, so I bought it.

Q: What inspired the art on the walls?
A: It’s not really art — I’m not really an artist, I just love taking pictures. Once I got this laundromat and remodeled and painted, I wanted to have something different from laundromats everywhere around the country. People say that laundromats are dirty and not comfortable, so I wanted to make it the opposite. And since I’m here seven days a week and the name is Sopris Laundry, I went through all of my pictures that I’d taken of Sopris through the years and put it on the walls, on canvas. Then I started going through all of the pictures I’ve taken of lakes in Colorado and Utah and put those up on the wall. Sweet Water Lake, Twin Lakes… this one, I love it. It reminds me of the old days in Aspen.

Q: What’s this far wall about, the one with all the photographs of children and colored pictures?
A: We have a lot of families that come here — they’re regulars, which means they come once or twice a week. To keep the kids occupied, I give them crayons. I take a picture of them, and they make a picture for me. I put them in the little Hall of Fame of Sopris Laundry, and they like it. And there’s some talent!

Q: It doesn’t sound like your career has always been in the laundromat industry. What did you do before, and what made you decide to switch careers?
A: I wanted to have my own business; I wanted to work for myself. Before doing the laundromat, I was an advocate for victims of domestic violence and sexual assault and an administrative assistant for Response, which is in Aspen. I used to like to volunteer a lot for different causes, but I knew I just wanted to work for myself.

Q: How long have you lived in the Roaring Fork Valley?
A: I’ve been in Carbondale since 2004; I came to the Roaring Fork Valley in 1975. I was an exchange student to Glenwood Springs High School from Columbia. I got married when I was 18 in Glenwood Springs. He was older — his family had an exchange student from Brazil, so of course we all hung out together, the exchange families.
I moved to Aspen in the early 80s after I got divorced. Eventually, after many years, I met someone from Liverpool who I married in Aspen. That didn’t work out, so I went to Crested Butte in the early 90s. It was hard to make it in Crested Butte, so I came back to Aspen after a year. Eventually, I met someone else who was a tourist from England in Aspen. I went to see him in England, and I stayed and got married to him for three years, then came back to Aspen again.

Q: Now, as a female entrepreneur, what’s your favorite part about owning a business in Carbondale?
A: I feel that I’m actually a service to the community. In a town like Carbondale, it’s still small enough where you feel like you can serve your friends and your family and it’s not strangers. The laundromat service counts as part of a family, community service.

Q: You mentioned during our conversation that you’re turning 60. Do you see yourself staying here — maybe retiring here?
A: This is home. I may end up at Crystal Meadows Senior Home — let’s see how the business goes!

If you know of someone who should be featured in “Our Town,” email news@soprissun.com or call 510-3003.