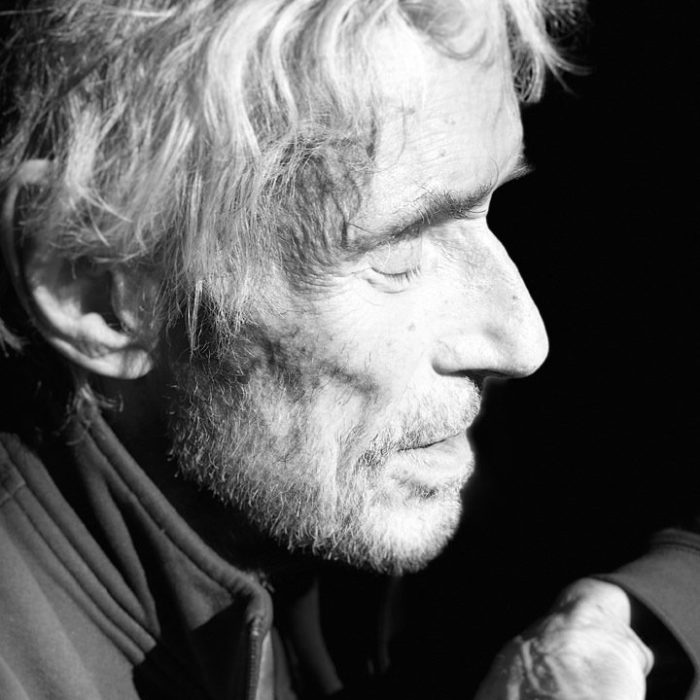 Russell Bernard Hedman, 78, passed away peacefully at his home in Carbondale January 7, 2018.
He was born in Bakersfield, CA in 1939, grew up in Modesto, and attended the University of California, Berkeley during what he called the Beatnik years. His love for skiing brought him to Courchevel and Chamonix for many years where he embraced the beautiful French ski technique and the culture. His adventurous spirit took him all over the world, sailing in the Mediterranean and hopping freight trains to Alaska, but when he landed in Aspen in the mid-60’s, he knew he was home. Those who knew him well can still picture him swooping elegantly and effortlessly down the Face of Bell on a sunny winter’s day.
Russell was a fine woodworker and finish carpenter with beautiful deft hands that could build anything. He was deep and sensitive, tall and handsome, exacting and detail-oriented, with a tough and private exterior but a gentle and tender heart. He was a dedicated, nurturing father and he was endlessly proud of his daughter Julia. Russell was deeply rooted in his community, a man of conviction, he was a passionate voice protecting the growth of Carbondale, and was known as one of the “Town Mothers.”
Russell loved playing old-timey music on fiddle, guitar, and claw-hammer banjo. He reveled in being part of a tribe of soulful and talented musicians who flourished in Aspen from the late ‘60s through the early ‘80s. It was a magical time, never to be duplicated, when you could find cheap lodging, a decent job, and time to invite your friends over for good food, laughter, and lots of spontaneous music. Russell loved these homegrown pickin’ parties over the years, and still played at the Sunday night bluegrass jam in Carbondale just months before he passed away.
In the end, Russell walked into his own death squarely and soberly — gracefully — choosing quality of life over quantity. Nine months after his cancer diagnosis, Russell peacefully passed away surrounded by friends and family. Julia says that although she will miss him deeply, she will feel him in every ski turn, look for him in the mountains, and listen for him in that “high lonesome sound” of the music he loved.
Russell is survived by his daughter Julia Hedman and her partner Tony Prikryl, his former wife Janet Nelson, and sister Sandra Wilson. The family plans to hold a private memorial.