Pages of the Past: You’re only old (news) once 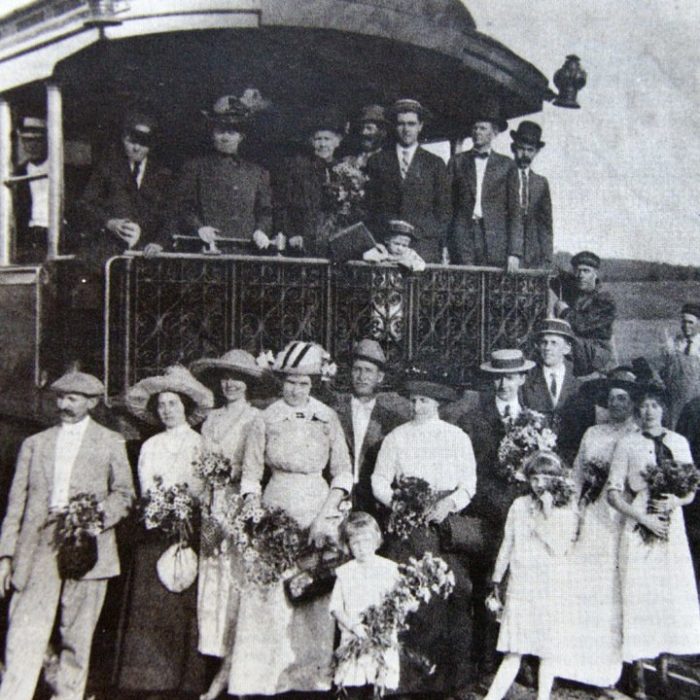 Developers Ernie Gianinetti and Bob Sewell appeared at a town council meeting to negotiate with the town over a clause in the proposed annexation agreement which would require the two developers to bear the cost of a complete water survey for the 50-acre mobile home park and commercial center. Because of issues the town had encountered in securing water rights on their Crystal Village development, the town proposed a new provision in this annexation agreement that would forestall a similar problem.

In other news… Redstone inventor Clem Meyer created what he felt would be “the answer” in alternative home heating systems, the “Tri-Therm,” which looked like a fireplace but was actually a central heating unit.

Radon gas, a carcinogen which exists in abnormally high amounts in Colorado, had received a lot of press — and scared the hell out of a lot of people. Garfield County residents would shortly be finding out if they have anything to fear from the cancer-causing gas as the county would be participating in a radon gas survey sponsored by the Environmental Protection Agency and the U.S. Geological Survey. The survey would be headed locally by GarCo Sanitarian Iris Sherman, who was looking for volunteers who would be willing to have their homes tested for radon gas.

In other news… Basalt celebrated the First Annual Centennial Ball to commemorate the anniversary of the arrival of the first Colorado Midland train the the city (which actually arrived on Nov. 5, 1887).

The Carbondale Council on Arts and Humanities (CCAH) gave the town council the Full Monty March 4. A total of four CCAH members made orchestrated pitches on why Carbondale and the non-profit group needed a community arts center and how the arts council could help make it happen. When the night was over, the town council seemed eager to find a way to jump on board, but nobody stepped forward to pay for the ticket.

In other news… The Roaring Fork High School girls’ soccer team opened its season with a 3-0 loss to the Glenwood Springs Demons.

Folks could expect tongue twisters, skits, rhymes, wacky costumes and more when the creative citizens of our Carbondale society shared the simple, sensational stories of Dr. Seuss. To celebrate both the birthday of Pulitzer Prize winning children’s author Theodor Seuss Geisel (on March 2) and KDNK’s 25th, the community radio station was hosting “Seussapalooza” at Steve’s Guitars. The event was also part of KDNK’s membership drive festivities.

In other news… Tony Coia, public landscape manager for the town, discovered the mountain pine beetle infestation that had impacted the rest of the state had officially found its way to Carbondale.