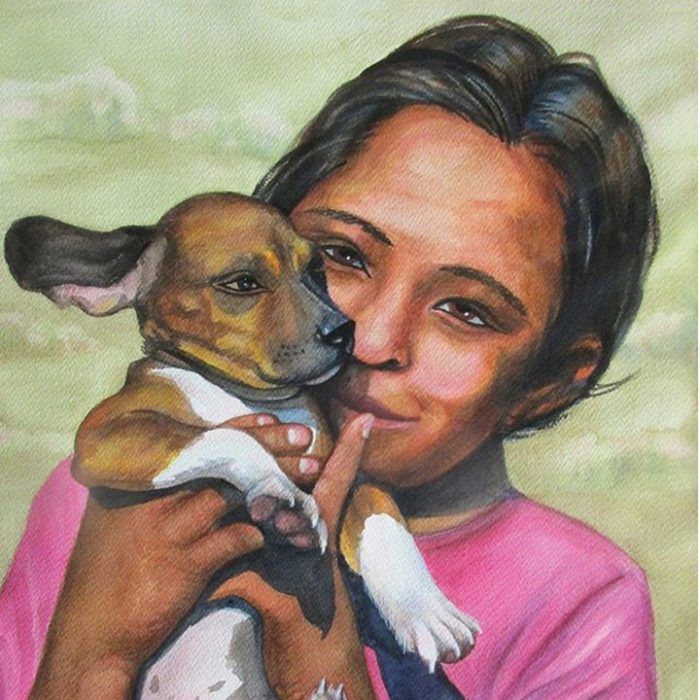 Seventy-three artists from 17 states have works featured in this year’s Rockies West National in Grand Junction, and five of them call Carbondale home.

“We decided to apply as a group. We all didn’t do it, but there were five of us,” said watercolorist Joan Engler, who is a founding member of the group. “We were all accepted.”

The Alaprima Painters — intentionally spelled differently from the painting style called alla prima — meets weekly on Thursdays in the Senior Matters room in the Third Street Center. Though most of the members specialize in watercolor, that’s not a stipulation.

This June will mark the group’s fourth year creating together, Judy Milne said, who founded Alaprima Painters with Engler. “We had been taking classes with Sarah Peterson, who grew up in Aspen and lives in Longmont now. She has quite a following of artists up in our Valley,” Milne said of the inspiration for starting Alaprima Painters. “She does weeklong classes when she comes to the Valley, and you are just immersed in it. It is such a wonderful, wonderful camaraderie as well as sharing of ideas and everything that Joan and I kept saying, ‘Why can’t we do this once a week?’ Because sometimes we didn’t paint between classes for months on end.”

They approached Carbondale Arts — back then it was still the Carbondale Council on Arts and Humanities, Milne noted — about using its classroom as a dedicated space for the endeavor. That got them started, and then Senior Matters emerged as an ideal host.

“My husband is on the board of Senior Matters, and they were renting the room out [at the Third Street Center]. They said they’d be happy to have us in there once a week, and we’re just thrilled,” Milne said.

“We have a very happy environment for painting,” Engler said, adding that it’s also a very popular one. “We have — you could call it a waiting list of people that want to paint with us, but we physically just don’t have the room,” she said. Currently, there are about 10 people that meet every week, many of whom are also art teachers in some capacity.

“I would say it’s a very high quality of art,” Engler said of the group’s work. Engler herself has been a professional watercolorist for 31 years. She’d painted as a teenager, but didn’t pursue it seriously until she was 40 years old, she said. “My husband said, ‘When are you going to take up your art again?’ And I said, ‘today.’ And I did.”

The Rockies West National is not the group’s first show — they’ve exhibited their work as a collective in several local venues, from the Village Smithy to the Launchpad to the Snowmass Chapel. “It’s one of those wonderful experiences in life where you come away feeling so great about everything,” Milne said of having the group’s work showcased in such locally famous venues. “And it’s really an honor to be in the show in Grand Junction.”

The exhibit  lasts the entire month of March by the Western Colorado Watercolor Society (WCWS), with an awards reception March 2. Nicolette Toussaint, an Alaprima Painter and Sopris Sun columnist and board member, won the Meininger Merchandise Award — a $100 prize.

Toussaint received the photograph that inspired her “Apache Girl with Puppy” from her friend, Rebecca Knight. Knight had been visiting the San Carlos Apache Reservation in Arizona with a nonprofit that was providing the tribe with veterinary care when she noticed the girl holding the puppy. “I would never have been able to do the painting at all without the wonderful eye and adventurous spirit of my friend,” Toussaint wrote in a Facebook post thanking Knight.

“We ask people to send in two images, and we only pick one from each artist,” WCWS Vice President Dani Tupper said. “Then the images are sent off to our juror, who is a nationally known artist.” This year, National Watercolor Society Signature Member Fealing Lin, of San Marino, Calif., selected and judged the show.

Tupper won the “Best of Colorado Artist,” a $500 prize sponsored by Alpine Bank. “I won for the first time!” she said of her entry, “Relics of Yesteryear.”