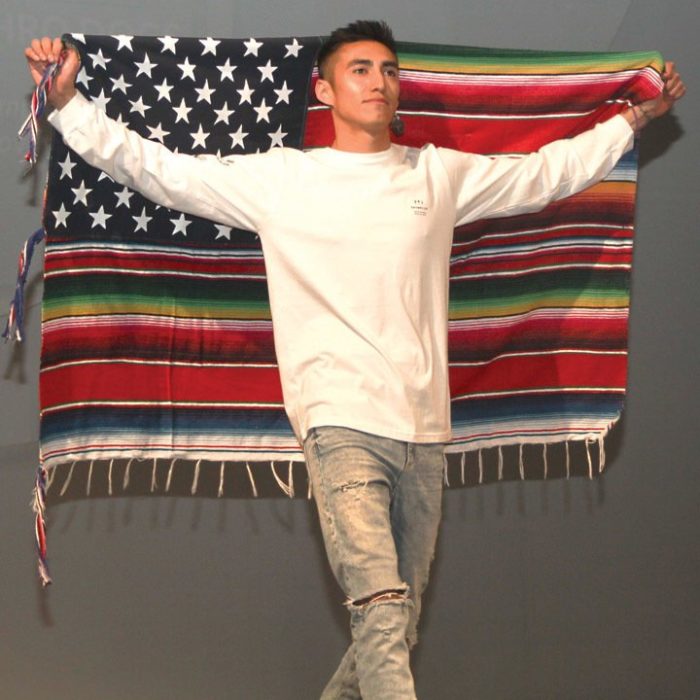 The 10th annual Green is the New Black Fashion Extravaganza took place on Friday and Saturday, March 9 and 10, at the Carbondale Community Center. Tickets were also sold for the dress rehearsal on March 8.

The show has become so popular that if tickets for the 2019 fashion extravaganza were to go on sale this week they would probably sell out immediately, as this year they sold out a month early.

Ten years ago, when Carbondale Arts (formerly CCAH) gave birth to “Green is the New Black,” what set it apart from other fashion shows was that it featured recycled and/or sustainable materials worn by local models who strutted, danced and slinked up and down the runway.

Each year the “fashion show” evolved and brought in more designers, materials, creativity, models, music, dance and video elements until it became a fashion “extravaganza.”

This year it’s evolved even further and has morphed into something SUPER.NATURAL, the actual theme of the show. It has also become more of a multimedia and performance event with fashion as its anchor.

Today, the show takes more risks. It’s still about the clothes, although many of the models didn’t have much on, but it’s also about other kinds of art such as movement, design, photography, video production, dance, body painting and makeup. It includes video elements that mimic and/or enhance the live performances. For the last few years the production has added more of the performing arts such as aerial silks and rings, which also enhance the fashion elements of the show.

Congratulations to the winners of this year’s Faboo Designer Challenge: “Best Overall” collection, Maria Rodina’ “Most Fashion Forward”  a tie between Delia Bolster and Laura Stover;’ “Most Original,” Michelle Dunn of MDFashions-Aspen, and “Best Emerging Designer, Amanda Simmons of VictoryMae.