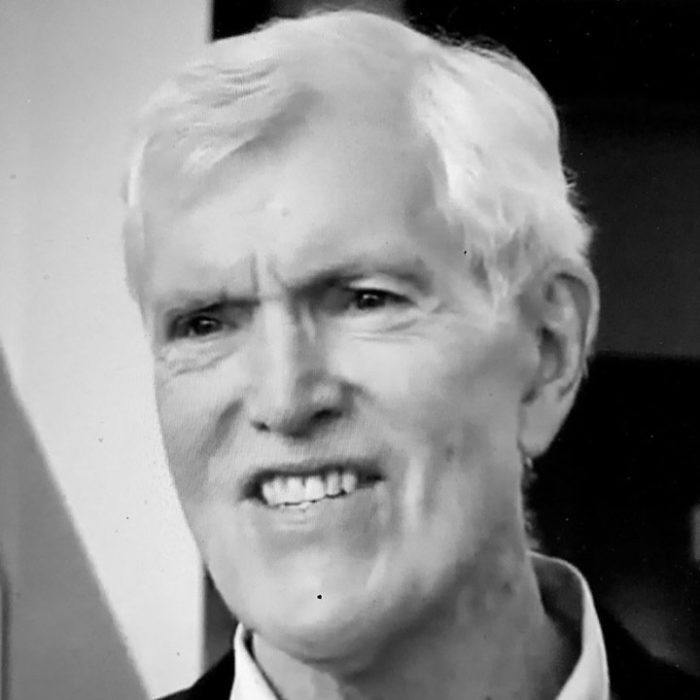 A midwestern boy, fond of his meat and potatoes, Jack opened his heart to all he met, but turned a will of steel to social justice issues

Jack delighted in life; he invested his time in his wife, Sue Lavin, his family, his friends and his community. He loved his neighbors in his hamlet of No Name. He treasured his grandbaby, Tessa Furze-Pak, with whom he played for hours. He credited his roots in Wyoming, Illinois, his loving family, and especially his parents, John and Catherine Real, for his strong values.

Jack walked lightly through life. Spontaneous, flexible, and ready with a laugh or bad joke, he put those around him at ease. In conversation, Jack asked questions and gave his full attention. In addition to his generous spirit, Jack had strong convictions and the grit to carry them out. For 26 years in Illinois, he served as a Roman Catholic priest, working at the Newman Center of Western State University in Macomb. Working with students during the ’70s, he often stood with them against the Vietnam War. He served as a priest at the churches of Sacred Heart and St. Joseph’s in Rock Island, Illinois, where he turned the large rectory into a Catholic Worker House, opening it each night to feed the homeless and hungry. He worked as well on migrant rights and establishing fair housing. Even if they didn’t agree with him, Jack treated people with reverence.

A resident of Colorado since 1988, Jack continued his work as a fierce warrior for social justice.  He worked in Denver for The Colorado Coalition for the Homeless for 15 years. His work ranged from aiding those under bridges to seven years at the state capital as a Lobbyist for homeless issues. He worked passionately so that all people could have a living wage, enough to eat, and a place to call home. He worked to change economic systems so that all were provided for, and he believed that government and individuals need to share from their abundance, rather than fear for their scarcity. For the last 14 years, he worked at Colorado Mountain College teaching English to immigrants. He served for two years as Chair of the Democratic Party of Garfield County. With his Masters in Counseling, Jack worked at Colorado West and also as a private counselor, often pro bono. Nonetheless, he thought there was never a bad time for a nap.

Jack was a dedicated husband for 27 years and traveled the world with his wife, Sue, with whom he joyfully shared his passions for friends, reading, politics, and family. Jack is survived by his sisters, Margaret Real, M.D.; Cathleen Real, Ph. D; Martha Real and his brothers, Michael Real, Ph. D. and Philip Real. He is also survived by his step-daughter, Kate Furze, son-in-law, To Pak, and beloved granddaughter, Tessa Furze Pak.

A memorial service will be held, Friday, March 23 at 10:30 a.m. at St. Stephen’s Catholic Church. Donations in his memory can be made to his favorite charity: