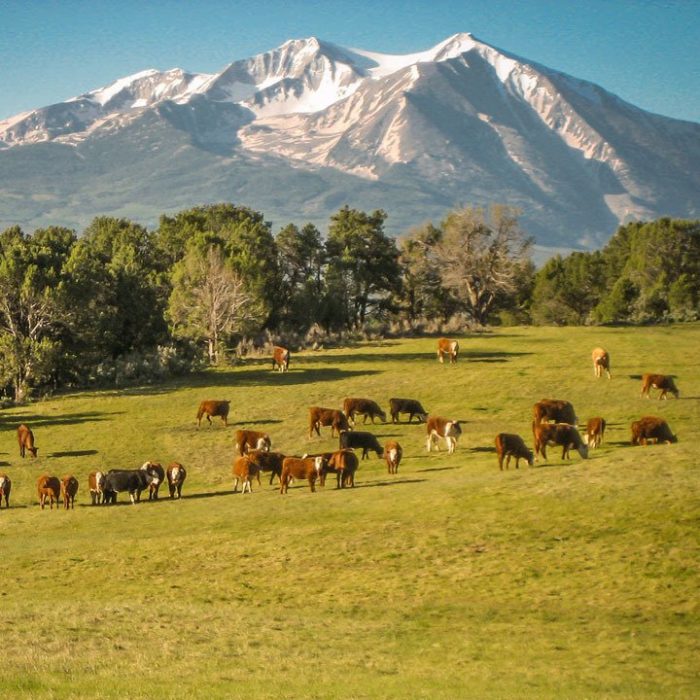 It’s not a simple case, Tai Jacober, the CEO of both companies, said.

“We’ll make a plan for reorganization, then our intention is to pay all our creditors in full — we’re not trying to get out of anything,” he said. As for consumers, it will feel like business as usual, he added.

The entire reason for the bankruptcy claim goes back to a bad business deal in January of last year with Southern Cross Ranches in Windsor and Ranch Management LLC. JBC agreed to purchase 3,100 calves from the Windsor ranch; however, when the Jacobers arrived to close the deal, they reportedly found that the calves weren’t what was promised.

“We had contracted for cattle that had to be third-party certified from the Global Animal Partnership and American Grassfed Association,” Jacober said. “They had not achieved that by the time they were supposed to deliver.” Additionally, he found the cattle in overpopulated feedlots, feeding on corn, he said.

JBC backed out of the deal. “They decided to sue us because the market had fallen,” Jacober said. Beef prices have declined 11 percent between October 2016 and February 2018. For its part, JBC countersued for $7.5 million. “That’s the damages that it caused us by not having those cattle and contracts that we had to back out of,” he said.

The dispute was headed for trial in July, but was then delayed until February of this year. “Basically, I ran out of money to pay an attorney,” Jacober said.

Without an attorney, Jacober couldn’t respond to the plaintiffs’ motion for a summary judgment, he said. Thus, a Weld County judge awarded Southern Cross Ranchers $2.1m and Ranch Management LLC $428,175. Jacober declared bankruptcy to protect his companies against those judgments, for which the plaintiffs were seeking garnishments.

“Once they have a judgment, they can try to collect assets,” Jacober said. “Once you file a Chapter 11, they can’t do that.”

JBC has also filed with the Colorado Court of Appeals to formally dispute the summary judgment. Jacober estimated that process will take at least eight months and said his new attorney was confident that the judgment will be reversed. “At least it will be decided by a jury and a fair process” if that happens, he said. Even if the judgment is upheld, JBC has no intention of closing its businesses, he added.

“Crystal River Meats [is] trying to do the right thing,” Jacober said. “[It’s] fighting a kind of corrupt cattle industry and we’re paying the cost of trying to make it right.”

Southern Cross Ranches could not be immediately reached for comment.