Pages of the Past: Big boulders in a little hot spring 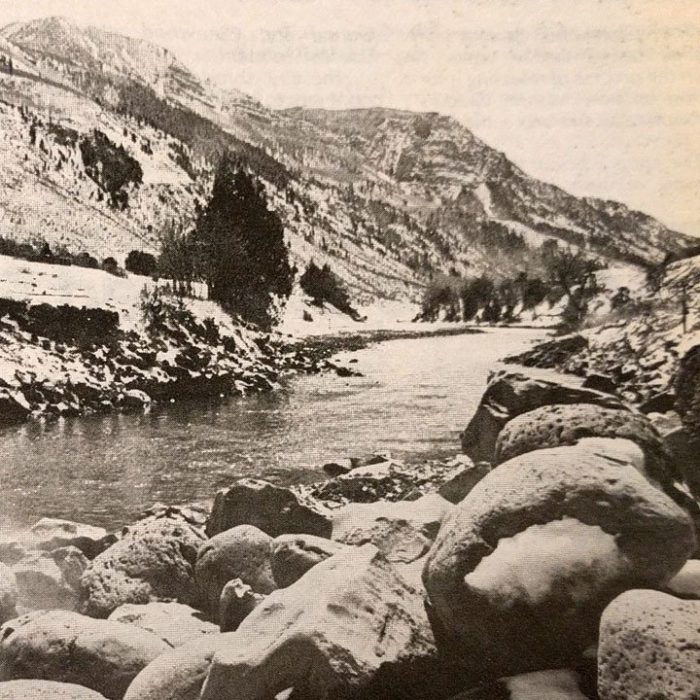 Residents up the Crystal Valley expressed concerns that snow plows were increasing avalanche danger on McClure Pass by driving snow and debris off the road and denuding the hillside. Reached for comment, a Colorado Department of Transportation spokesperson denied any such thing was happening and said, besides, “we’ve been doing it that way for years.”

Someone dumped a load of boulders down an embankment into Penny Hot Springs following a period of tension between soakers and nearby landowners. Over the last few months, a sign had been erected across from the spring and someone had reportedly thrown rocks at a family using the spring. The latest action was the most dramatic, however, with a dump truck and loader likely required to transport more than a dozen rocks at several hundred pounds each. Since nobody had applied for any sort of permit for river fill, anyone found guilty of the dump would face stiff fines, but Pitkin County Sheriff Bob Braudis said his department wouldn’t investigate without a complaint from CDOT.

Eagle County was considering a six month moratorium on increased density zoning. Intended to give the county time to review and update its land-use code, it was slated for public comment before a formal vote by commissioners. James Johnson, who originally proposed the idea, wasn’t happy with the final version. “Really, the only things that will get caught up in the moratorium are the people who want to do the smaller projects, because all the big projects are already in,” he said.

Several extracurricular trips had to be canceled in Roaring Fork School District due to lack of bus drivers. Transportation Supervisor Carol Burns put it down to changing economics in the area, but noted that it would only take two drivers to fix the shortage. Meanwhile, Carbondale Middle School Principal Cliff Colia was one of several staff members who stepped into a dual role to make things work.