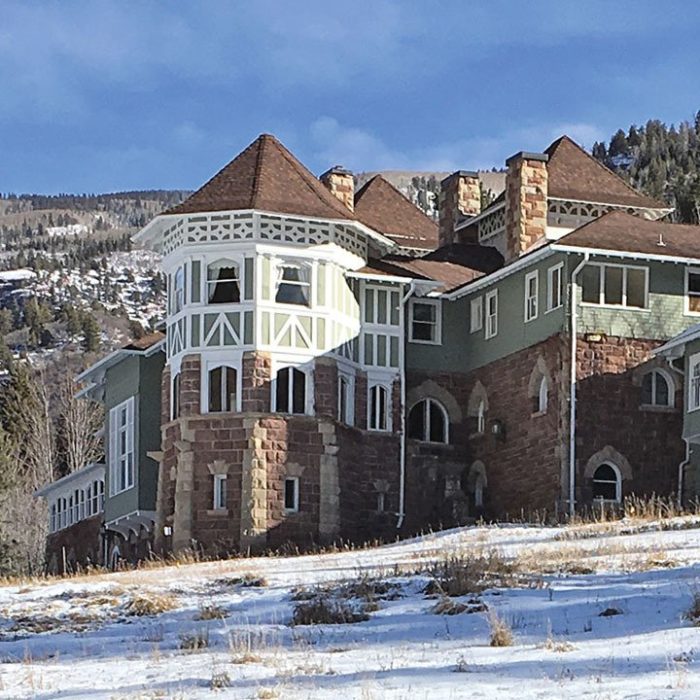 The Pitkin County Planning and Zoning Commission voted last week to recommend to the Board of County Commissioners (BOCC) the approval for an amendment to the land use code to create the Village Lodge Preservation (VLP) Zone District and establish a lodge/hotel use, special event use, and allow cabins and cottages as Master Plan uses in that newly created district. The change was sought by the new owners of the Redstone Castle, Steve and April Carver, owners of the Hotel Denver in Glenwood Springs, who bought it at auction for $2.2 million.

In a series of two planning and zoning meetings, the commissioners heard from the Carvers’ team of experts, which included an historian, engineer, and attorney. They also listened intently to recommendations from staff about the implications of the potential VLP district and what it might mean for Pitkin County. Members of the public weighed in on the application, as well.

The application appears to be part of a plan by the Carvers to make the Redstone Castle a lively tourist destination, and they sought assurance from the county that their vision for the property would be accommodated. The Carvers declined to comment for this story, but indicated that announcements may be forthcoming. Their specific requests included: the allowance of special events, such as weddings, on the property, limited to no more than 50 vehicles on site, with a requirement for shuttle service if that number was exceeded; expanded tourist uses, such as camping or “glamping” opportunities and silviculture; a vehicular access bridge over the Crystal River; the allowance of commercial lodging including 10 suites in the castle, two in the Carriage House, and one in the Hose House, as well as the development of eight additional cabins for rent; exception of the lodge units from employee housing requirements; and designation of historic structures on the properties to the Pitkin County Historic Register.

The back to back meetings considering the application were somewhat lengthy (“brain damage,” remarked one attendee). Ultimately, the commission recommended approval of the new zone district, rezone, and master plan, with some changes to the conditions. For example, the Planning and Zoning Commission motioned to not require but instead have the BOCC review the possible construction of the bridge, to designate eight structures to the historic register, and did not change any number or size of events than what is already adopted in the land use code.

“We’re in the land use process to hone in on all this stuff,” said senior planner Mike Kramer.

The application will be taken up by the county commissioners likely in May, though a precise date has not been set. They will have the final say on if and how the application moves forward.

“The biggest benefit is the accessibility of the Castle,” said Glenn Horn, a consultant representing the Carvers. He noted that there are still numerous aspects of the application that need to be determined.

The application was met with some concerns by local residents, who feared a ramped-up operation at the Redstone Castle would lead to excessive traffic congestion and noise. They urged the county to consider mitigating those undesirable effects in any decision going forward.

“Many aspects of the new application will be beneficial not only to a successful business venture but also beneficial to the Redstone Community,” said Tamara Shirk in written comments that included an attached petition signed by almost 60 locals. “While the magnitude of this venture will impact the entire valley, there is no doubt that the residents who live in the adjacent neighborhoods will be most affected by the project.”

Despite these concerns, however, it seemed that many in the community would largely support the application. “It has taken the extraordinary effort and dedication of many people and organizations over the years to save and protect the Castle as well as to preserve the historic integrity of what remains of Osgood’s model village of Redstone,” stated a memo from the Redstone Historic Preservation Commission. “The proposed Village Lodge Preservation zone district, which was envisioned in the Redstone Master Plan, fits both with the original desires for the uses of the Castle and the uses that the Carvers are proposing today.”

The property has experienced ups and downs throughout the years and has seen ten previous owners. The application’s adoption by the Pitkin County Board of County Commissioners could mark the next chapter for its role in the Crystal River Valley.