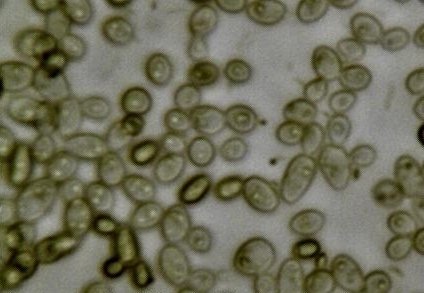 By Danko Beauregardenabler
The Sopris Shroom

A new push to brew a mushroom-based tea in Carbondale’s ditch system is gaining steam, and the prospects have local chakras spinning. Council members will discuss a $1.2 million proposal to foster a locally sourced Kombucha brewing empire in town.

If approved, the town’s ditches will become a community breeding ground for yeast and bacteria cultures, as well as a Willy Wonka-style drinkable stream consisting of a strong tea made from fermented mushrooms.

Kombucha is known worldwide for its healing properties, and is practically worshipped in Carbondale for its ability to raise both consciousness and the street cred of aspirational hippies. Its fungi-fueled benefits include relief from gout, asthma, hemorrhoids, hypertension, arthritis, priapism, necrophilia, and most debilitating of all, acute Trump support.

“This will set Carbondale apart as a leader in the municipal fermented mushroom tea production world,” said Mayor Rick Danielson, who devised the idea. “We already have Mushroom Rock, so why not have Kombucha in the ditches? The ditch system will become an economic driver, and act as a siren song for the throngs of people who crave tea made from mushrooms, bacteria, yeast … and possibly a little urine.”

Currently, the town’s ditch system carries both water from the Crystal River and large amounts of urine from near Sopris Park throughout the town, helping people to irrigate small, personal gardens of marijuana and kale.

Under the proposal, the ditches will be cleaned of debris, and any unregulated outlets sealed. State biologists will then test soil samples from the system to ensure it is free of toxins, and that the surrounding earth is the correct pH.

Once approved, purified Fiji water will be pumped into the ditch system, which will be lined with lapis lazuli, amethyst, citrine and rose quartz, and the brewing of tea will begin.

Next, a drum circle will commence to bless the system under a new moon, while palo santo and copal are burned in full view of the Goddess Epona, culminating in a blood orgy/bottling ceremony in honor of Demeter at the annual Mountain Fair.

The cost of the ditch renovation and conversion will be covered by a $0.25 tax added to each craft beer purchased during the town’s “Firsty Friday” promotions.

“We sell upwards of 650,000 craft beers a night on our Firsty Fridays,” said Trustee Frigid Hyatt. “So we should have no trouble fulfilling the financial obligations of becoming such a huge player in the ditch-system Kombucha market.”

An official tea-naming contest will determine the final moniker of the home-brew, and submissions are being taken at Town Hall beginning Sunday, April 1.

“This is the best idea Carbondale has had since installing the roundabout sculpture of the broken dandelion seed on acid,” said local hula-hooper Columbine Moonlight. “My vote is for Fungirl Fungi, or maybe just April Fools.”