Sparhawk, Yllanes and Henry for four years; Kitching for two; 2A passes 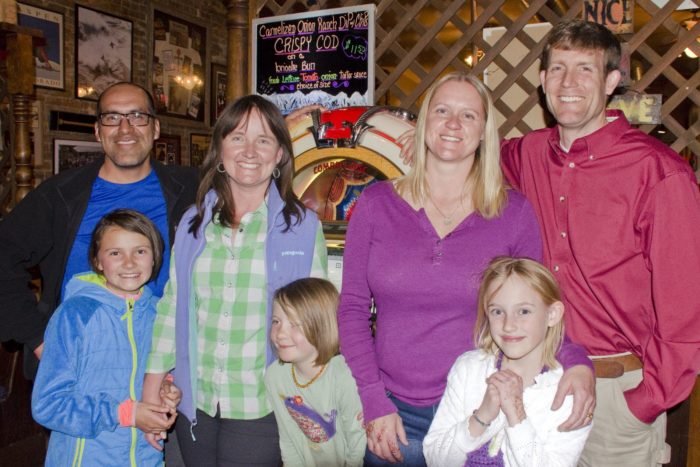 The incumbents came out on top and the streetscape tax was renewed in a landslide, according to unofficial Carbondale municipal election results on April 3.

Erica Sparhawk garnered the most support among the trustee candidates, with 784 votes, followed by Luis Yllanes (752) and Heather Henry (721), assuring the three appointees four-year terms. Lani Kitching nabbed a two-year term with 546 votes, leaving April Spaulding as the odd woman out.

“Frankly, I’m a little shocked,” Kitching said. “I was pretty much an outsider on the ballot, but I’m delighted that the core of the Carbondale community has elected me the opportunity to address the unique dynamics of town. I’d also like to thank the very capable candidates I ran with, because all of them could have represented our town well.”

Both Henry and Sparhawk expressed excitement about continuing to work with an established board. Without the “steep learning curve” that a new board would face, the trustees will be able to hit the ground running, Sparhawk said.

“The group that has been elected now is just awesome. I’m just excited to get back to work,” Henry agreed. “We have a lot of stability now — it was a lot of change even since I was brought on. Now, it’s like we have the security to really think about the next two years, the next four years.”

That sense of “business as usual,” combined with the confidence of working alongside people with whom she has already worked, is what most excites her about the future, Henry said, but she is also looking forward to a the new dynamics, too.

As the newest appointee, Yllanes appreciated the validation of election.

“A lot of people were really excited that I was throwing my hat into the ring,” he said. “It feels like I actually now have the consensus to do everything I can. I think the next three years are going to be critically important.”

He thought voters appreciated his fresh perspective as a relative newcomer, and suspect his bilingualism didn’t hurt.

“I hope I can make more of an outreach into our Latino community, because I think it’s an important part of the process,” he said.

Spaulding’s loss won’t slow her down. “Obviously, I’m still going to be involved in Carbondale,” she said. As for her first political campaign, while disappointed with the results, she learned a lot. “It’s been an amazing experience, and I have so much faith in those that were elected.”

Dan Richardson obtained 977 votes in his unopposed bid for mayor, while 2A, a streetscape tax that would have expired in 2020, was renewed 884 to 282.

“I was pretty confident about this one and I’m really happy with the results,” Richardson said of the campaign — his third in two years. “I wasn’t sure the mill levy would pass, and it seems like we made a decent case for that. I’ve also been really lucky to have a great board, so to have them reelected is a great thing.”

Although he expects the newly minted board to set its own course, he anticipates waste hauling and housing will be issues in the near future.

“If everything gets built that’s been approved, we might get some pushback that we’re growing too fast,” he noted.

The election also marks the impending departure of veteran trustee Frosty Merriott, who has served more time than the rest of the current board combined.

“It’s been such a positive experience to serve our community. I’m really proud of what we’ve done,” he said, specifically citing the green building codes, Highway 133 improvements and the environmental bill of rights. He plans to stay involved, perhaps even returning to the Environmental Board, where he started 18 years ago. He’s not worried about things falling apart without him, though.

“It’s going to be a great board,” he said. “I think Carbondale’s really set up for success going forward.”

Basalt: The tobacco tax passed 630 to 203 and William Infante, Ryan Slack and Gary Tennenbaum were elected as trustees.

Marble: Max Gibbons, Larry Good, and Mike Yellico were elected as trustees and Ryan Vinciguerra had a successful unopposed bid for mayor.