Ps & Qs: The spectrum of a species 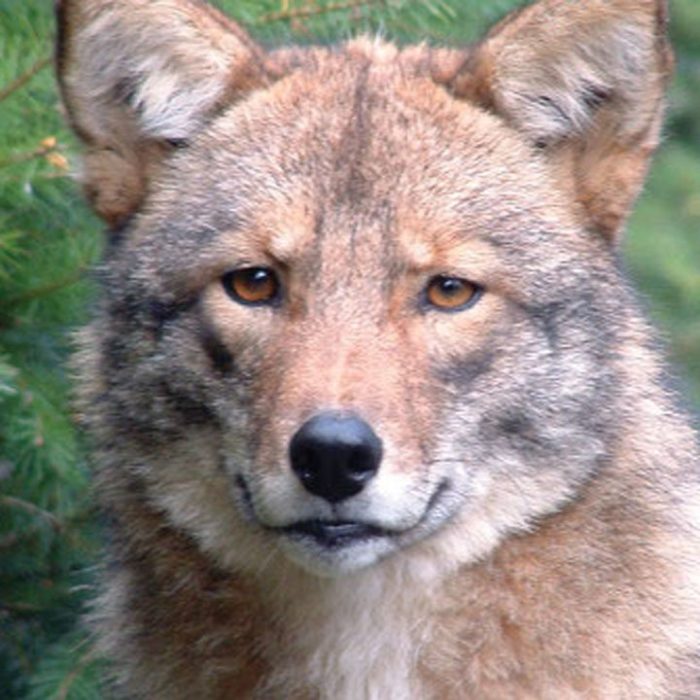 I subscribe to The Borowitz Report because the only way I can absorb the news these days is through satire. And now it arrives with a disclaimer: Not the news. This is the world we live in.

A world “where ‘stop shooting our kids’ is seen as a liberal talking point by the pro-life crowd.” -Herb Neu

A world where we need a disclaimer on comedy, but every day our pussy-grabber-in-chief tweets another idiotic absolute. This administration is like a chicken omelet: forget which came first — is it ok to sauté the source and then eat it in its own offspring for breakfast?! (Credit to G for pointing out this predicament.) When you consider that ravens have the ability to pass facial recognition on to the next generation, it really emphasizes how wide the spectrum of a species can be. Now, I’m not calling all Trump supporters chickens, but if the eat-anything-including-your-own-kind shoe fits…

A lot of animals are smarter than chickens. Like coyotes. Coyotes are mating with wolves, and with large domesticated dogs like German shepherds and Dobermans. Granted, it’s happening in the back woods of Michigan, but when you think about it, that’s exactly where the latest trends start: reclaimed wool sweaters, Cheez Whiz, semi-automatic militia training camps for modern-day bearded men.

I consider myself an American girl, (more like Tom Petty American than Carrie Underwood American) and I love me some constitutional amendments, but I’m confused because I thought we needed guns to keep the tyranny at bay. Today we’re so busy fighting with each other we hardly even notice the shenanigans of our government, which, as far as I can tell, is abandoning the theater of public service faster than Tom Cruise at a Hell’s Belles concert. I mean, who is really running this show?! While we all watch our unleashed toddler of a president lash out at anyone in his path, our country is being disassembled piece by piece like a stack of ABC blocks: our public lands are being sold to the highest oil & gas bidder, our air and water quality regulations are being stripped away like a male stripper’s cop uniform, and the yard birds that supply our endless hunger for nuggets are sentenced to smaller cells and less actual time in the yard.

I find Trump’s demeanor repulsive. He is a charlatan and his contribution to this country is nothing more than self-indulgent shock value. His legacy will be the downfall of the American reputation because everything he stands for is a farce— oh, but I do hope he introduces gun control legislation, if only for the irony. The arms industry runs on money (just like every other industry) and I get it, legislation cuts into the profit. But some things are more important than money, like education. I remember high school, I ditched anyway, and there wasn’t a fair to middlin’ chance I’d get shot to death in class.

If we were really on the ball we’d be sin-taxing guns, bicycles, marijuana, and every other luxury around, in order to prepare for the looming economic crunch of Generation X trying to support the Boomers. Let’s see, what else… yoga pants (and all other mat exercise gear), specialty coffee equipment (arguably coffee is a necessity, not a luxury, but I’m talking about the whole latte culture) and the Freemasons! We should tax them for sure (am I the only one whose cell phone calls drop religiously whenever driving by the Wendy’s in El Jebel?) Anyway, we’d be fine financially; I mean, who doesn’t want to get high, put on tight-fitting pants, and drink a foamy beverage while riding her bicycle to the range for target practice? And you call yourself a patriot.

We’re really all one: one nation, one species, one parasitic scourge on this planet… Err! What I mean is, I think it’s obvious how we’ll survive in this new millennium; coyote to wolf, chicken to raven, Trump supporter to card-carrying ACLU member, we need to start inter-breeding in the name of peaceful existence. We need to organize bussed socials like in the 1950s, except we have to introduce concealed-weapon-permit-carrying, camouflage-tank-topped, good-ole gals to pacifist, cruiser-riding, man-bun-sporting lads. And then we luxury tax the hell out of ’em.