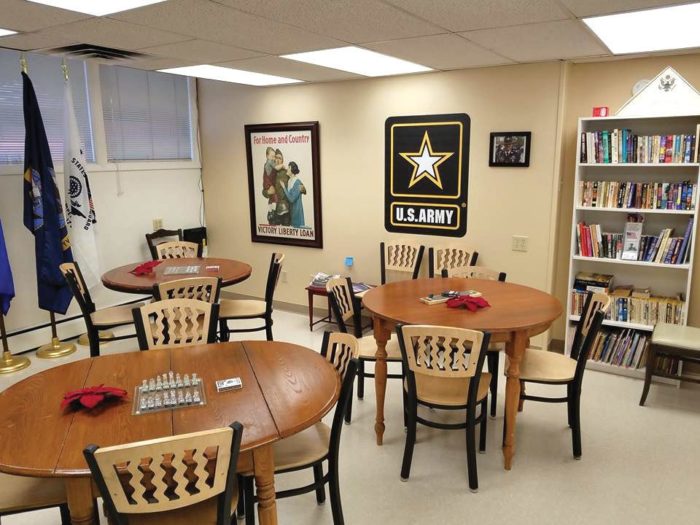 When Western Slope Veterans Coalition Founder John Pettit first imagined a partnership with Colorado Mountain College, he thought it would primarily take shape in the form of internship opportunities for the local veterans his organization serves. CMC Chief Operating Officer Matt Gianneschi thought there was a broader scope to be explored. That agreement is now official, as the two entities have signed a Memorandum of Understanding (MOU).

“The WSVC reached out to the college, and I would even say they were very much a startup nonprofit,” Gianneschi said. “Their work came from their hearts and not so much a big plan. They knew they needed to provide services and be relevant, and they just wanted to get started. I think it’s a wonderful testimony to people who just commit themselves to doing the right thing, and that’s where this started.”

Gianneschi agreed that there were some obvious partnership avenues — he wants to see CMC better serve the veteran populations in the rural markets the college serves, and the WSVC can provide expertise and guidance on how best to do that, for instance. “[Through WSVC], we have a better conduit to reach [veterans] — it’s not just generic recruiting to veterans because it sounds like something we should be doing. It’s authentic.”

He also realized that CMC has the infrastructure to propel WSVC’s development as a nonprofit. Already, Gianneschi is advising Pettit regarding grant strategies.

“If we could help them with one or two grant proposals, CMC will be an effective partner if we’ve helped them launch something like that,” he said, adding that CMC has already agreed to act as the fiscal agent for WSVC in that regard. It’s an arena in which CMC has entire dedicated staff, so it makes sense that WSVC utilize that, Gianneschi continued.

Navigating funding isn’t the only infrastructure CMC brings to the table. It also has brick-and-mortar spaces that the veterans can utilize, and those spaces come equipped with computer labs. That might become the groundwork for virtual classrooms connected across campuses to better serve veterans in different counties — it’s all on the table, Gianneschi said.

“They want to find ways to have their veterans to be meaningfully grounded, and we are often that conduit,” Gianneschi said. “We can provide that career training; we can provide the stability; we can sometimes provide the financial assistance. We believe we have purposes in common.”

Already, WVSC is hosting free yoga classes for veterans at the CMC Edwards campus every Monday morning. It’s a seemingly small but meaningful step in what both parties want to be a very visible partnership.

“They’re wonderful people. They have a shoestring budget, but they have the opportunity frankly to become very, very relevant,” Gianneschi said. “They’re in the process of developing a strategic plan. They’ll begin to start thinking about what those objectives are and how to measure themselves, and we’re helping with them with that.”

While Pettit could not be reached for comment for this story, he had expressed enthusiasm about pursuing a partnership with CMC during an interview in November about WSVC’s opening.

Now, it’s a reality. “I like that it grew just from the idea of being about internships. It’s broad, but it’s also defined at the same time,” CMC Public Information Officer Debra Crawford said.

Making an otherwise open-ended agreement defined and formal is exactly the reason behind the MOU, Gianneschi said. “In some ways, this is all future oriented, but it is an attempt to be a formal handshake between an organization that we admire and we believe that if they’re successful, our communities will be successful and then our students will also have more opportunities available. It’s a win-win-win all around.”