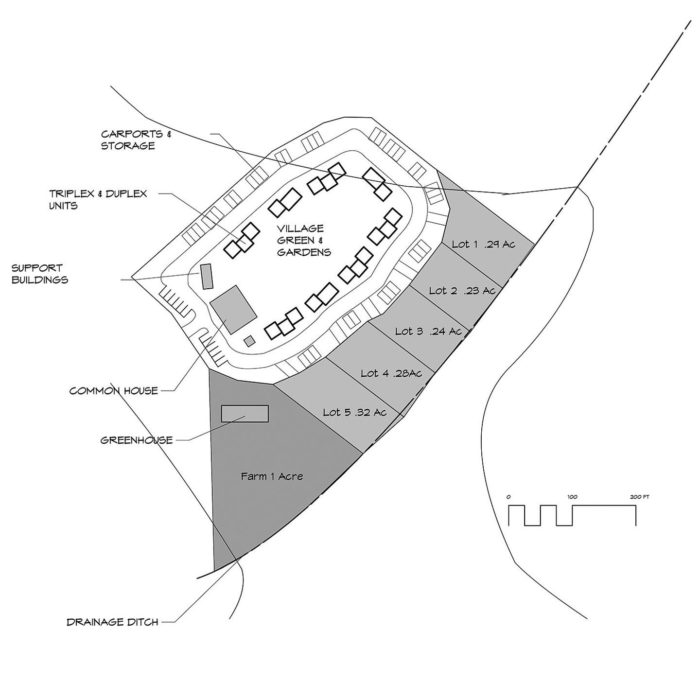 In addition to the acupuncture and massage practices that pay her bills in Carbondale, Nancy Thal has taken on a project: the Adesa Community, a cohousing proposal for New Castle. She’s working with consultants, developers and a landowner who would like to see the project come to fruition. Now, she just needs the future residents.

“Professionals and singles and families and elders — I want it all,” she said of her vision for a community with a common house and a farm. “I’m pulling the energy up again; I had left it for some years, and now I’m pulling it up again and getting myself in order and my troops in order and my marketing in order.”

To address the marketing, Thal has organized two presentations: one at the New Castle Community Center at 4 p.m. on April 14 and one at the Glenwood Springs Library at 4 p.m. on May 12.

“I’ve reached out and I’ve touched a lot of people from Aspen to Carbondale, but they’re not all wanting to go to New Castle as much as I’m willing to,” Thal said. “Now I’m reaching out to the other end of the Valley to see who we can pull together.”

Cohousing is a concept that goes beyond traditional affordable housing, she explained. It’s a style of living in which people have private, personal living quarters but then also share resources — an arrangement that proves particularly beneficial for the elderly and children, she continued. Adesa is a Sanskrit word meaning “healing plants,” and she hopes a future cohousing community can act as a healing way of life for its residents, right down to growing food.

“It’s not about material deprivation; it’s about simplifying life and sharing more, that’s all,” she said.

And, she added, the New Castle property is ideal for such a venture.

“I love New Castle. I had a little trouble with the swarm of suburbia that it sits above, but from this parcel, you don’t see it. It’s just a walk to the parks, the library, and two schools — and the schools have good reputations,” she said. “It is in the corner, so it’s adjacent to BLM, so there are trails right through the property; that’s lovely.”

As of now, the project is in its early development stages. People who choose to commit early will have the opportunity to more actively participate in the community’s planning, Thal added. And, she said, there will be a limit on how many dogs are allowed in the community, so pet rights will be on a first-come, first-serve basis.

“We’re expecting to have about 20 to 30 duplexes and triplex homes, and [several] single family lots,” she said, adding that the number of single-family lots will depend on the final land purchase. While the project likely won’t meet official affordable-housing standards, residents will be able to live more affordably by taking advantage of the communal spaces and resources, she noted.

The idea isn’t without precedent, even in the Valley. “There have been three or four people that have tried to make cohousing happen in Carbondale, and it just hasn’t worked for varieties of reasons,” she said, noting that cost has been the biggest hindrance.

Adesa is one of 26 cohousing communities in the state that are either already established or in planning. Nationwide, that number jumps to 165.

Thal is no stranger to cohousing, either. She lived communally for a time in San Francisco before returning to the Valley.

“It’s been part of my journey for a long time,” she said about cohousing. “So here we are back to where I want to live and stay, and the concept of cohousing is a very big, growing concept.”

As for Adesa in particular, while the concept is in place, the buildings themselves won’t be built over night. “We would love to see it built within two years, but I would give it up to three,” Thal said, adding that for her, it’s worth the wait.