Pages of the Past: Spring fire sparks evacuations along Catherine Store Road 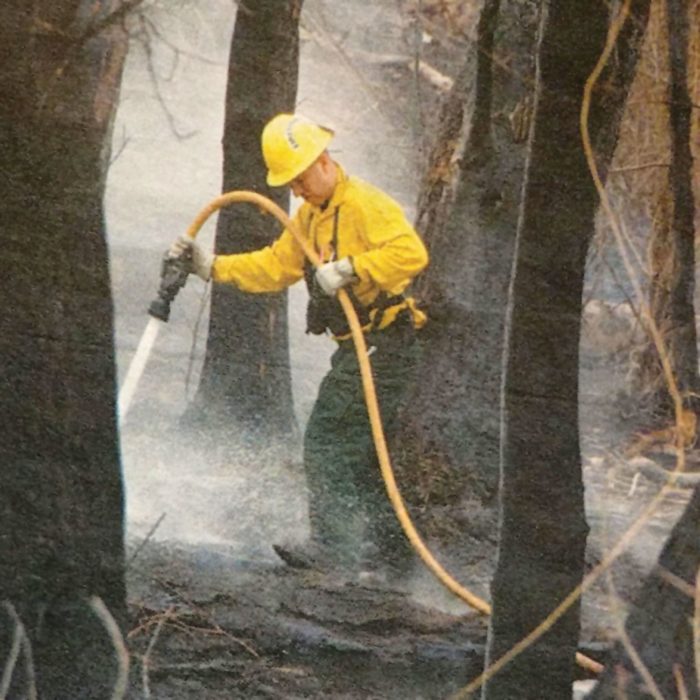 The “mysterious” brick telephone building at Fourth and Main was almost ready to begin operation. After about a 10 minute outage — during which police planned to up patrols, famous phone phreak Joe Engressia was supposed to show up to check things out. Engressia had mastered the art of whistling at just the right frequency to fool the phone systems of the era, getting free calls and once reaching a secret missile base. Luckily, he chose to use his powers for good and ended up working for Ma Bell.

In other news… Two men were killed in falls while snowmobiling on Sopris (an area now part of the Maroon Bells Snowmass Wilderness and thus closed to motorized traffic).

Carbondale entrepreneur Jerry Pransky unveiled plans to build a 21-unit bed and breakfast hotel “on the model of small inns… in Europe.” It would feature a residential style and a coffee house, and might be located in Crystal Village or at Eighth Street and Highway 133. His ambitious timeline called for design and site acquisition almost immediately with doors open that fall. The rush, he said, was demand: “I asked what the town needed the most and they said ‘a place for people to stay.’”

In other news… Helen Tibbetts had recently celebrated her 90th birthday.

River Valley Ranch was “being transformed from a construction site to a community,” noted project manager Mike Staheli. The old Thompson barn was in the process of an extensive renovation into a preview center and event venue. The 5,800 square foot clubhouse was slated for completion in June, and construction on a health and fitness spa would start in August. Meanwhile, the first homes were under construction on the west side of the Crystal River, while several units in the Thompson Corner neighborhood were already complete and ready for summer move-ins.

In other news… A comment by Mayor Randy Vanderhurst about “what’s in it for the town” led to speculation that a developer looking for an annexation may be “buying his way” into Carbondale.

A small fire near the rodeo grounds spread to over 100 acres along Catherine Store Road, but was 70 percent contained by press time. A three mile radius was evacuated by reverse-911 call, affecting the Ranch at Roaring Fork, Aspen Equestrian Estates and even portions of Missouri Heights. Three homes caught in the blaze, but were doused by fire crews. One fisherman jumped into the river to escape the flames, but wasn’t badly hurt. “We got through a very bad situation with really no serious injuries or loss of property,” Fire Chief Ron Leach noted.

In other news… A local citizens’ group was working to restore the Marble Mill site and turn it into a park.