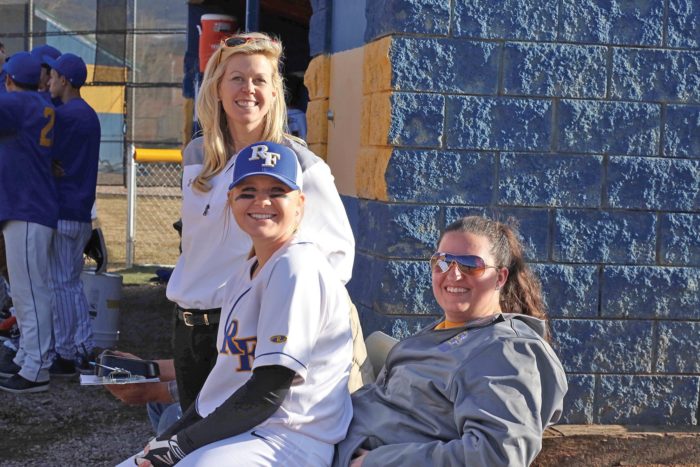 Some seasons, participating in the district and regional tournaments turns into an untouchable dream by the end of the regular season. Others, the whole thing seem like a footnote on the path to state. This year is neither of those extremes.

Both Roaring Fork High School’s baseball team and the girls’ soccer team are right on the cusp of making the cut with just a few games left.

On one hand, they’ve had some great games with a tremendous showing by seniors like Drew Broadhurst and Ralph Good and solid contributions by others. But they’ve also been handed defeats that, in Madsen’s opinion, they shouldn’t have.

“Sometimes we have lapses where we kinda beat ourselves,” he said.

The team is 9-8 overall and 3-5 in league, but seems to have hit a winning streak as the kids prepare to travel to Meeker — who they trounced at home back in March — on Thursday, May 3.

“I’m sure that they’re going to want a little retribution,” Madsen said.

After that, they’ll turn right around and travel to Gunnison on Saturday, May 5.

The results of those games, will factor into the teams’ RPI, with the top 32 teams moving forward.

“We’re kind of right on the cusp of making that last spot for the tournament. I think we can do it,” Madsen said. “The past few years we’ve already been out of the running at this point. It’s exciting to have that postseason talk.”

The soccer girls have a slightly stronger league record —  3-2-2 (7-3-2 overall) — but still find themselves in the middle of the pack fighting for a shot at the postseason. Whatever damage losses to local rivals Aspen and Basalt might have done for morale may be offset by a 7-0 victory at Rangely on May 1. Next, they’ll travel to Middle Park at 4 p.m. May 3 and get a rematch against Basalt at 11 a.m. May 5.

“If we beat both those teams, there’s a pretty good chance that we bump up into the top 24, but it would be a push,” said Coach Nick Forbes.

If things don’t quite click this year, there’s plenty of promise for the future. Sophomore Emily Broadhurst leads the field stats, with freshmen Izzy Knaus and Letey Crownhart right behind her.

“From my starting 11, I only lose one player who started the majority of the games,” Forbes said. “We have a lot to play for next year.”

The track team, meanwhile, showcases Kendall Bernot in the 100, 200 and 400 meter as well as the 300 meter, Sophie Moon in the 1600 and 3200 meter, Ronald Clemente and Trevor Stroud in the 800 and 1600, Justin Thompson in the hurdles and long jump, Jasper Germain and Gabriela Santana in the high jump and Spencer Ochko in shotput and discus.

Their next chance to compete is the 3A Western Slope League Meet May 4-5 in Grand Junction.