A hands-on project with a personal payoff 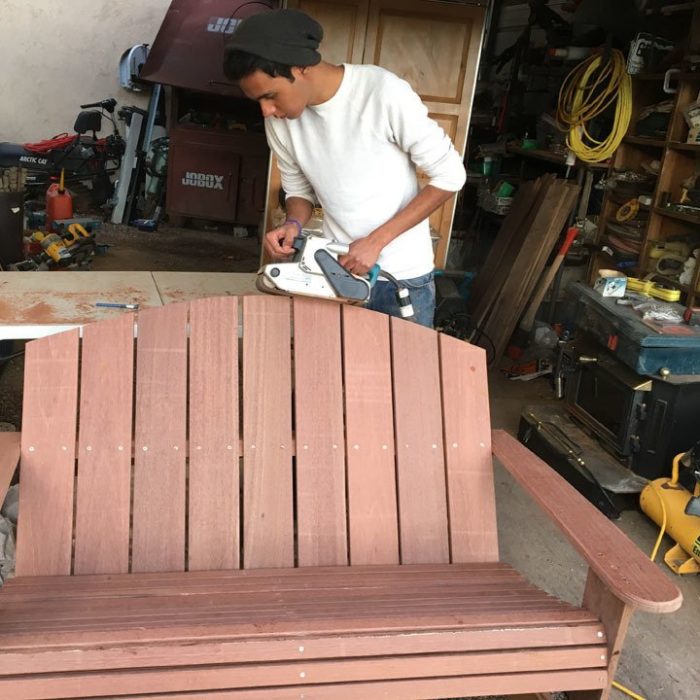 Mike Topete has come a long way since he first, quite hesitantly, took a woodshop class his freshman year at Roaring Fork High School. Now a senior, he proposed a Capstone Project that would be “a personal, final test” of all the woodshop skills he’s learned over the past four years. He decided to design and build a rocking bench for his grandparents in honor of their 50th wedding anniversary.

His favorite part, Topete told Bo Takarabe, RFHS Capstone Coordinator, was “the actual building process…piecing it together, screwing in the pieces…” The hardest part, he said, was working out the logistics of the plan. “Everything after that relies on those plans, so you can’t afford to make any mistakes.”

Of course, Takarabe explained, learning from mistakes is a key part of the capstone process. Topete learned the hard way the importance of  “double-check[ing] the plans — again…because there was one scenario where I cut the wood the wrong dimensions, which was really upsetting.”

Topete also learned how demanding and time-consuming a project like this can be. “Managing this project on my own, from beginning to end, was a lot different from other wood projects I’ve done for woodshop class. This took way more focus…I had to set my own pace and no one was holding my hand.”

Topete did have support along the way from his project mentor, Brad Nelson, who worked as the RFHS woodshop teacher Topete’s freshman year.

After graduation, Topete and his dad will drive about 30 hours to the small Mexican town where his grandparents live to surprise them with the gift. “I naturally like to give rather than receive,” Topete wrote in his Capstone proposal, “and this is my way of giving to my grandparents. My grandparents deserve more than this, but I would say this is a good start.”