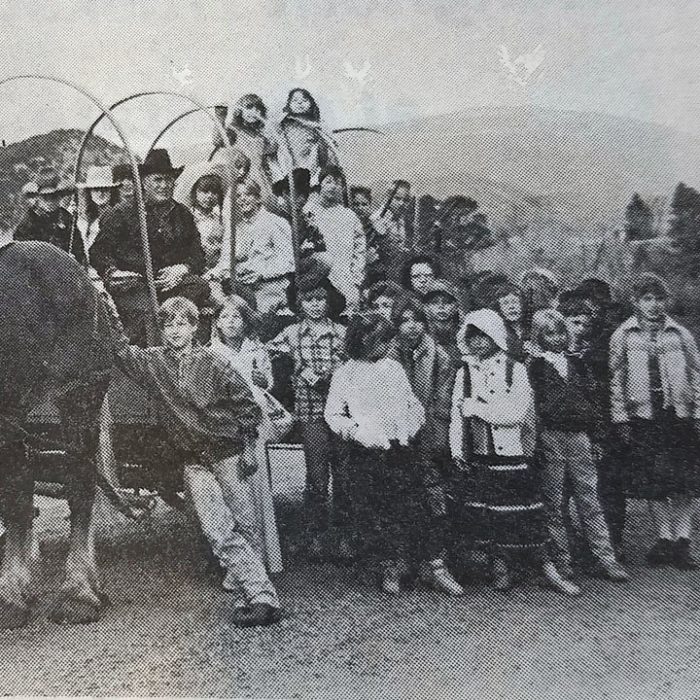 A group of Roaring Fork High Schoolers convinced the school board to back a plan for a solar heated greenhouse like the one at Colorado Rocky Mountain School. It was expected to cost $1,500, but students expected donated materials to offset some of that cost. It was one of several projects intended to showcase how science skills could be practical in everyday life. (While the current school has a much more recently constructed greenhouse, it’s unclear if this earlier proposal came to fruition.)

In other news… Carbondalians Hans and Lenore Gottlieb participated in demonstrations against Rocky Flats, the front range facility where the United States manufactured nuclear weapons.

Students at Carbondale Elementary got a taste of what life was like for early settlers in a project that challenged them to build their own miniature wagons in art class, read diaries from pioneer days and plan a wagon train with daily decisions on routes and supplies. They even had a chance to experience it all first hand with a real wagon ride down Ironbridge Road in what turned out to be awful weather. “One boy complained to me that the rules of the game were not fair,” teacher Sue Lane noted. “But we decided that the pioneers didn’t think the rules of life were always fair to them either.”

In other news… Glenwood Springs’ Master Plan Task Force found that there was more traffic on Grand Avenue than Interstate 70 through town.

Carbondale and Roaring Fork School District were having trouble reaching an agreement to share a new baseball field. The school’s old facility had been out of commission following construction in 1996, then lack of sprinklers in 1997. The District proposed sodding the field to get a jump on the next season, but the Town declined to foot the bill. (All of this must have been resolved, because the field in question is still in use today.)

In other news… Trustees approved the six-lot Fox Run subdivision on the west end of town, where Main Street turns to CR 106.

Pitkin County was poised to approve the first (and so far only) section of the Crystal Valley Trail. The first 5.3 miles of bike path between Carbondale and Crested Butte had minimal opposition, with right-of-way use approval from the Colorado Department of Transportation as the only remaining hurdle. Funding was largely in place, and a connection with the almost-completed Rio Grande Trail was planned. Noted Trustee John Hoffman, “It’s probably one of the prettiest rides in Colorado.

In other news… A fire consumed a barn but spared the house on Stark Mesa.