Shoemaker steps down at Wilderness Workshop, Roush to fill his shoes 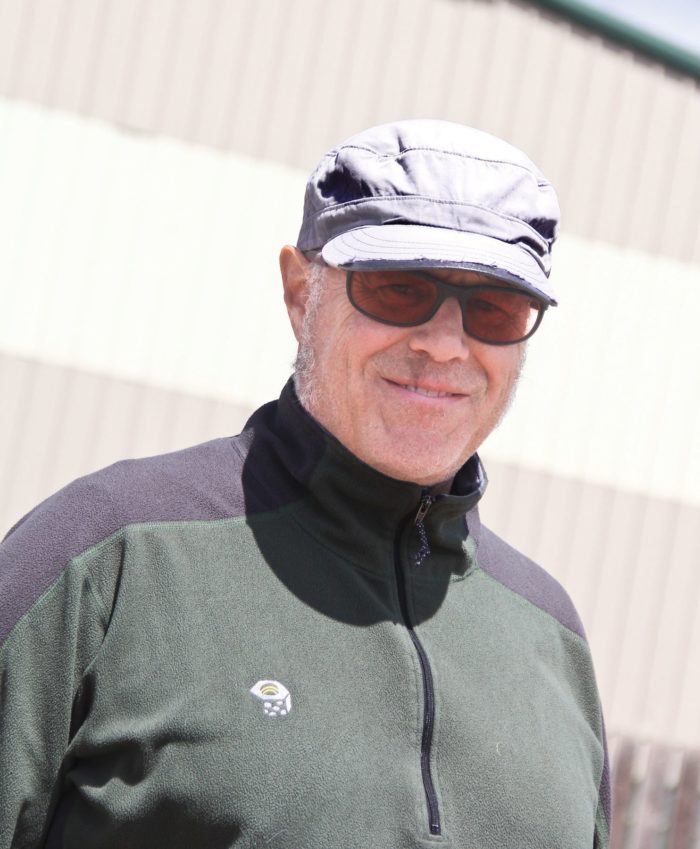 In what the organization is calling a “bittersweet moment,” Wildness Workshop Executive Director Sloan Shoemaker announced his resignation from the position last week — but although the news marks the end of a 21-year run in that role, it doesn’t mean the end of Shoemaker’s involvement with the Carbondale conservation nonprofit.

Currently, he’s working to ease the transition for Will Roush, who will be promoted from his current position of conservation director in September.

“It’s not really up to me where the organization goes,” Shoemaker said of his new responsibilities at Wilderness Workshop. “I have to let go. But how I’m going to engage further is to be available as a support for Will.”

Additionally, Shoemaker will remain as a consultant and fulfill what he feels are obligations to special projects he helped start — most notably in the near future, he’ll be organizing a panel to discuss wolf reintroduction in the area.

“This is going to be a broader panel that includes the ranchers, the pro-wolf guys and whatever’s in between all that,” he said, noting February talks by Montana State Sen. Mike Phillips about his Rocky Mountain Wolf Project, which Wildness Workshop sponsored with Roaring Fork Audubon and Aspen Center for Environmental Studies.

“I committed to them that we will do all we can to make sure it’s a fair, transparent discussion,” Shoemaker said about brokering discussions. “We’ll bring in people from different perspectives and we’ll talk about it in front of the whole community. We’ve had really good relationships with the local ranching communities; we respect what they do.”

That concept — meeting with people with differing environmental goals and finding common ground — is a skill Shoemaker values immensely, and it’s one he credits his tenure with Wilderness Workshop for cultivating.

For instance, Shoemaker served as president of the Colorado Bark Beetle Cooperative in response to the pine beetle epidemic. “It ended up impacting to one degree or another 4.5 million acres of pine forest in northern Colorado, so it was very significant,” he said. “I’m really proud to have been at that table to to have worked through a lot of tension, misunderstandings, disagreements about the science and get through to the other side to, ‘What are the priorities?’” Finally, despite working alongside representatives of industries and political parties not typically aligned with his own conservation agenda, the commission found common ground, he recalled.

“We took all of that to Washington and managed to get the entire delegation in the room at one time and we made the pitch. We’re all delivering the same message, and that ended up kicking loose about $55 million to start addressing mitigating the impact of the bark beetle epidemic,” he said. “That was one of the highlights of my career.”

Another highlight? Wilderness Workshop’s role in guiding the Thompson Divide Coalition in its grassroots efforts against drilling that area. Shoemaker and his colleagues recognized the initial threat, and the ranching community and protectionist activists came together to create a visible call to action to challenge existing leases and keep future leases from selling to oil and gas interests.

“None of that could have happened without the incredible community organizing and unified voice that came out around this whole thing,” Shoemaker said of the ongoing support for the conservation campaign. With the legal help afforded by Wilderness Workshop, 25 leases were cancelled.

As for the current state of affairs, though he’s cautious about the national political arena for environmental causes, Shoemaker is bullish about Wilderness Workshop and feels Roush will continue to steward the organization well. “Our budget was $30,000 [in 1987]; it’s now $860,000. We employ seven people now,” the nonprofit’s first full-time employee said. “We have an intern program; we’ve got part time workers. I’m just proud of the organization that’s built up.”