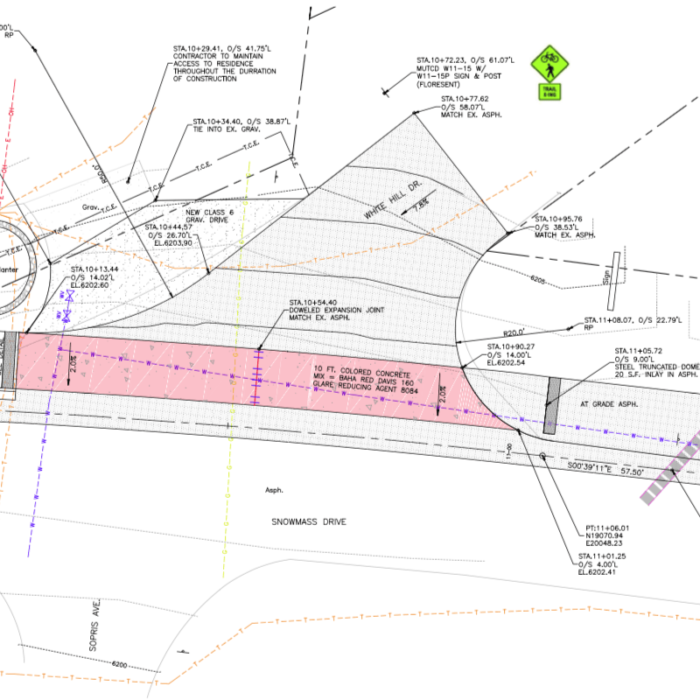 Trustees backed Town staff’s recommendation of the second lowest bid to construct a new pedestrian and bike path between Main Street and Sopris Avenue on the eastern edge of town.

Public Works Director Kevin Schorzman expressed his concerns about the lowest bid at the Board of Trustees meeting on May 22. The application, he said, came in just two days after the project documents were made public, was significantly lower than the other five bids and from a company that appeared to have done mostly smaller projects.

The next three lowest, however, were all within about 11 percent in terms of cost, close to the original estimate, and seemed more likely to Schorzman to be able to get the work done during summer vacation. As such, Johnson Construction — the same company that worked on Third Street last year — was staff’s choice, and ultimately trustees’.

Meanwhile, Town Manager Jay Harrington noted, “the lower bidder has contacted us and expressed his displeasure with both Kevin and me,” but “we feel good about where we’re at.”