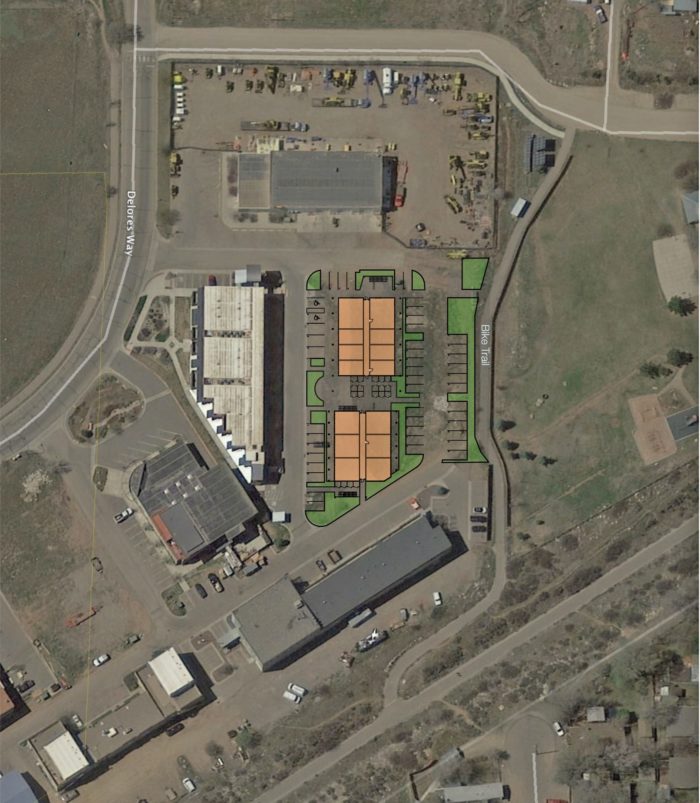 The Planning and Zoning Commission unanimously approved a recommendation to move forward with the proposed Red Hill Lofts project on May 24, despite a public hearing overwhelmed by residents complaining of traffic congestion on Dolores Way.

“Dolores Way is a problem that has to be addressed,” he said. “When there’s parking on both sides of the road, it’s basically a one-way road.”

Ultimately, the commissioners acknowledged the concerns as valid, but noted that the congestion was a separate issue from the 30 proposed affordable units.

“We don’t need to burden your project as a result of CDOT’s bad decision years ago,” P&Z Commision Chair Michael Durant said.

That “bad decision” refers to the Colorado Department of Transportation’s (CDOT) perceived inaction regarding the intersection at Dolores Way and Highway 133. In 2013, CDOT prepared an access control plan (available at tinyurl.com/CDOTaccessplan) for the Town of Carbondale and Garfield County to consider — that plan included alternative access options and recommendations, but in order to move forward, there needs to be collaboration between the three entities, Tracy Trulove, CDOT Region 3 communications manager, later told The Sun.

“There’s a bigger picture in play here, and it’s not as simple as saying we made a bad decision,” she said. “We made an alternative suggestion to how Dolores Way could work better, if you will. It would require right-of-way acquisition, but it’s all things we felt would make that a better intersection in general. What that requires is the county and the Town to decide that’s the kind of improvement they want to make.”

In addition to traffic concerns, a few Satank residents who spoke at the hearing also cited concerns regarding additional burdens to taxpayers.

“We worked four jobs to maintain and buy our property; we didn’t have affordable housing,” Mattorano, who said she has lived in the Valley for 55 years, said. “Nobody handed us that ticket. That’s fine; if you want to do it, that’s good. I don’t mind affordable housing, as long as the impacts don’t fall on the taxpayers’ shoulders all the time. Now you need more cops and EMT and road maintenance and trash hauling and it’s just darn noisy anymore. You can’t hear quality of life anymore. You’re stacking people on top of one another, cramming them into small spaces, and it’s not the same as it used to be.”

Pat Hunt, another Satank resident, also shared those concerns, contending that he felt the project would basically burden Carbondale with Aspen employees needing to commute.

“Really what we’re doing is we’re subsidizing the Aspen business community so they can have more employees at a lower price,” he said.

“Current residents — people employed in Carbondale — would have the first priority for being able to rent units in the project,” APEHI Executive Director Sheri Sanzone said. “That’s really our intent, is to serve a need in Carbondale.”

Not everyone that spoke at the public hearing was against the project. Barbara Dills, another Dolores Way resident, called the project “lovely” and expressed her feeling that a residential project like the proposed Red Hill Lofts would produce much less traffic than another mixed-use or commercial building would.

“I’m also a strong proponent for producing rental housing here for people who can’t afford to buy,” she added. “I’m delighted to hear that it’s going to be a rental building. To see this lovely design and how thoughtfully I think it is going to blend in with our building is delightful, so thank you. That gives me a lot of confidence to take back to my neighbors.”