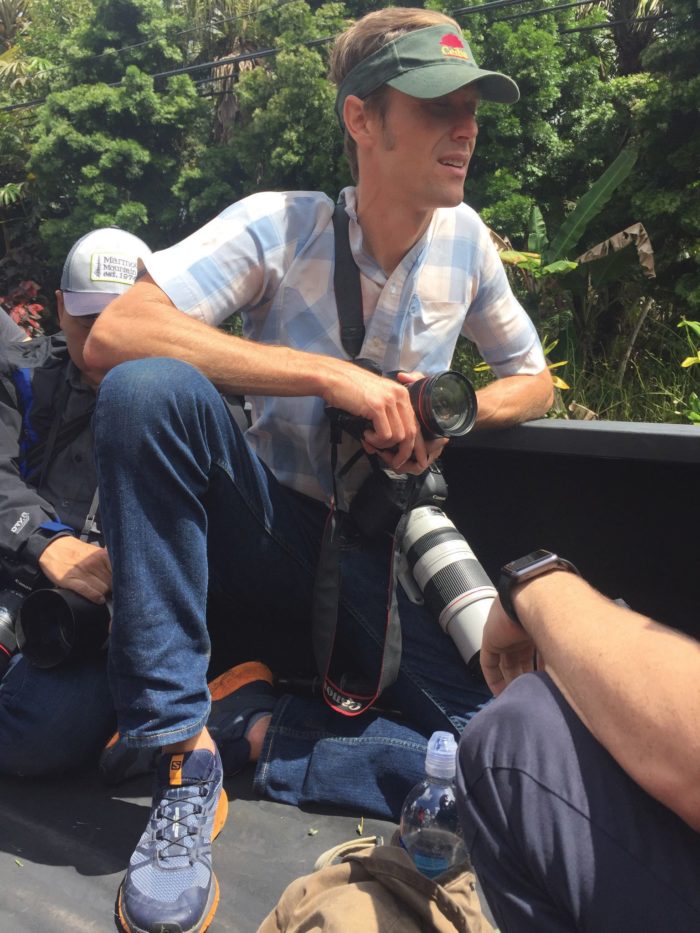 While he’s been in hotter situations since, Terray Sylvester must have felt like his first day at The Sopris Sun was a trial by fire.

The nonprofit newspaper was less than a year old and still finding its footing. With plenty of help from a committed board, Editor Trina Ortega had overseen its first steps, but it was time for her to move on.

Sylvester had just finished up an internship with High Country News and got word that there was a gig just over the pass. The story of the Valley Journal’s demise and the rise of an independent replacement was familiar to him, as the same thing had happened with the same company in his hometown near Lake Tahoe. So he took the job — starting on Mountain Fair weekend 2009.

“It was hard to be the editor of a newspaper in a town I’d never visited, but I just kind of went for it,” he said. “For a town of Carbondale’s size there was plenty of news to cover. I don’t think I took a day off for the first six months.”

He recalls breaking his arm one day and being back in the office in a cast that afternoon. Still, it was rewarding.

“There’s a lot of satisfaction in creating something every week and sending it out,” he noted. “I’m glad it it’s still there. It looks great.”

But other adventures called to him. After a little more than a year in the role, he went trekking in Nepal for several weeks. Longtime local journalist Lynn Burton stepped in his absence, and eventually took over permanently.

After more time in Nepal, Sylvester went to grad school at Berkeley and finished in 2015 with a journalism degree with an emphasis on photography.

“Since you’re freezing moments in time, photos sort of lend themselves to more reflection,” he noted. “The best ones combine a measure of art and aesthetics with capturing a moment and telling a story.”

Two years ago, he and his girlfriend moved up to Hood River, Oregon. Since then, he estimates he’s spent half his time away. It started with six months on-and-off covering the Dakota Access Pipeline protests in text, photos and video for Reuters.

“They needed someone on the ground, so I ended up working for them quite a bit,” he explained. “I was just kind of doing everything.”

Next, he did a photo fellowship in Flint, Mich., which saw him in the back of the courtroom for some of the preliminary water scandal hearings.

His latest assignment happened purely by accident during a family trip to Hawaii with his sister and niece.

“One of my life bucket list goals was to see molten lava at some point,” he noted.

The lava in the island’s most active crater was actually receding when he arrived — something residents in the Puna District regarded as ominous. Sure enough, it was soon flowing through neighborhoods causing unprecedented destruction. Sylvester put in a call to Reuters and left vacationland.

“Most natural disasters you cover the event and then within a day or two you’re covering the aftermath and then the world’s attention moves on,” he said. “This has been a solid month of it being among the top headlines internationally. It’s just become more severe as time has passed.”

Sylvester recently returned to the mainland, but his time on the Big Island affected him deeply.

“It’s just heartbreaking. People have just watched everything they have get swallowed by lava,” he said. “I live between two volcanoes. Seeing this has completely rearranged my idea of what the earth can do.”

He doesn’t plan to steer away from tough topics in the future.

“If you’re covering news, you have to go where the news is, but with freelancing, you have a little more leeway to choose what interests you,” he noted. “I want to keep covering stories about social and environmental issues and take projects that I can sink my teeth into for weeks or months at a time.”