Page of the Past: Home on the range 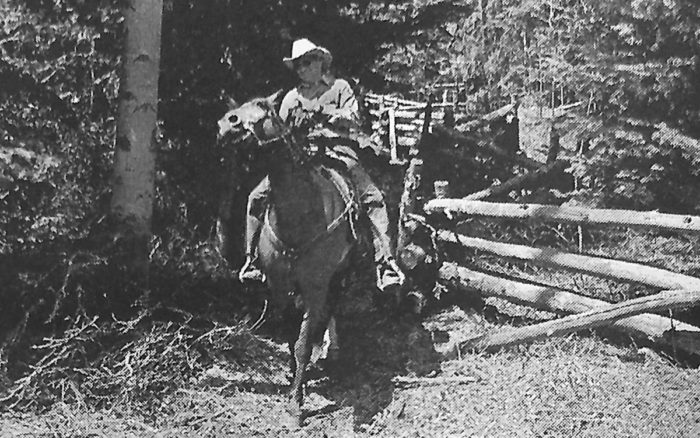 Area Wildlife Officer Jim Goodyear penned a column touting the successes of modern management. For instance, he noted that beaver had been almost absent in the east in 1900 but were becoming once again common in 49 states — Hawaii excluded. Pronghorn, bison and elk were likewise thriving. Mule deer, meanwhile, had become so common in the Gunnison area during the winter of 1942 that Game and Fish tried to feed them hay to prevent starvation, which it turned out they couldn’t digest. As such, the plan was to hold the deer population to 391,300 by 1983.

In other news… The Post Office didn’t get its delivery of new 15-cent stamps, forcing folks to lick both a 13-cent and a 2-cent variety.

A misunderstanding led to several citations after a 21-year-old agreed to give a couple of 15-year-olds a ride home. The trio arrived safely but the arrival of the girl’s father inspired the group to speed away for fear of being spotted. That just inspired a chase that went right past Police Chief Fred Williams’ house. Even as he paged the officer on duty, however, the pursued pickup slammed into a parked patrol car, the dads caught up and a fight began. After everyone was separated, the vehicles were impounded and summonses were issued for disorderly conduct and reckless driving.

In other news… Following an agreement between President Reagan and General Secretary Gorbachev, The Soviet Academy of Sciences and Colorado Rocky Mountain School were making arrangements for an exchange.\

Photographer Carol Craven followed forest ranger Wayne Ives and range boss John Nieslanik into the high country as they assessed whether the land was ready for cattle. Although she wasn’t the most graceful in getting mounted, she joined them on horseback up the old Marion railroad grade past snow and bears and elk. “John said we’d covered six or eight miles, though I think he must be off by 20 miles or so,” she wrote. In the end, the range was deemed about three weeks shy of ready, so the annual drive was delayed.

In other news… The public road to the Yule Marble Quarry was reopened after a “misunderstanding” that left it gated the previous summer.

Garfield County Libraries were pushing for the Town of Carbondale to supply a parcel of land for a new library. The then-current property (which now houses The Launchpad) was leased from the Town and deemed too small to keep with with demand. But, trustees said, there were no other parcels available. (The location that was eventually used appears to have belonged to Roaring Fork School District.)

In other news… Reporter and soon-to-be first Sun Editor Trina Ortega was pictured with her new baby, Potter Quinn.