Pages of the Past: Up for auction 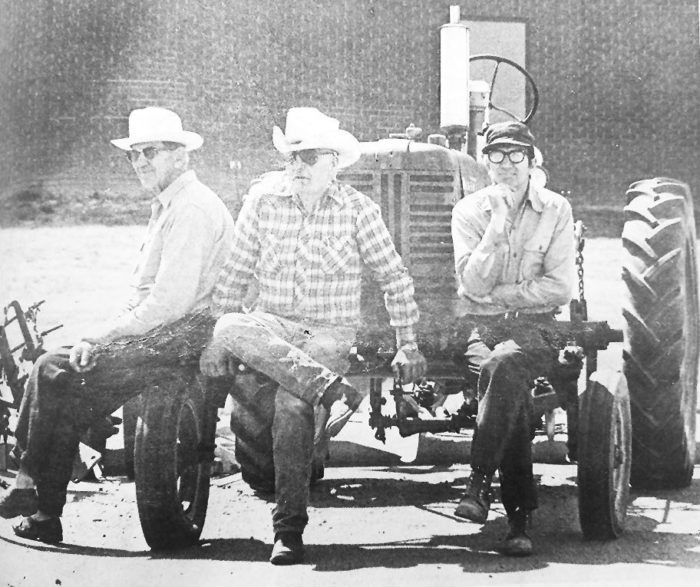 Carbondale’s plans for the construction of a new town hall in the summer received a severe setback when it was disclosed that costs for the municipal government complex would run about $60,000 over budget. About $150,000 had been allocated for the project, but the low bid on the job came in at around $217,000 and the highest bid for the one-story brick building was $271,000.

In other news… Farm equipment, furniture and a variety of miscellania went on the auction block at Roaring Fork High School as several hundred persons turned out for the Catholic Church benefit.

The elements cooperated nicely as Carbondale set itself to host its second annual Crystal Valley Balloon Festival June 10-12. The hot air balloon extravaganza surrounded itself with dozens of companion events including music in the park, a Main Street block party and athletic competitions. The Main Street Merchants’ Association put up flower planters on the light poles (they were watered by the fire department) and planned to unveil its newly painted street benches over the same weekend as the balloon festival. Artists were also readying for the event, as they hoped to enlighten Carbondale visitors about downtown’s burgeoning gallery scene.

In other news… KDNK hired Steve Skinner as station manager and the organization’s only full-time employee with a salary of about $15,000, back when the station’s total operating budget was $93,000.

The Roaring Fork School Board agreed to lease, at no cost other than insurance, one of two river parcels offered by the Bureau of Land Management to a coalition of educational organizations for use in outdoor education field studies. The undeveloped, 22-acre wetland parcel was located east of Carbondale along the Roaring Fork River. If the district opted to continue to support the program after the lease was up in 2002, the BLM would dedicate the site to RFSD and the other members of the coalition, which included Colorado Mountain College, the Science Outreach Center, the Roaring Fork Conservancy and the Aspen Center for Environmental Studies.

In other news… Officials from the town, county and sheriff’s department met for preliminary negotiations about whether Marble would get a Gunnison County Sheriff’s substation with living quarters for one deputy.

Garfield County, which had about 19,587 occupied residences, saw 34 foreclosure actions in the first three months of 2008, according to the Colorado Division of Housing. That was up from 18 foreclosure filings countywide in the first quarter of 2007. Carbondale homeowners were largely spared from the trauma, according to Bob Slade, who was deputy public trustee for Garfield County at the time. Meanwhile, the town’s real estate achieved a milestone with the highest commercial price ever recorded, involving one Main Street property sale.

In other news… The Carbondale Police Department began issuing tickets for dog-off-leash violations in a departure from existing protocol to give warnings instead of fines. The ordinance was not enforced in Delaney park property.