Planting the seeds of history 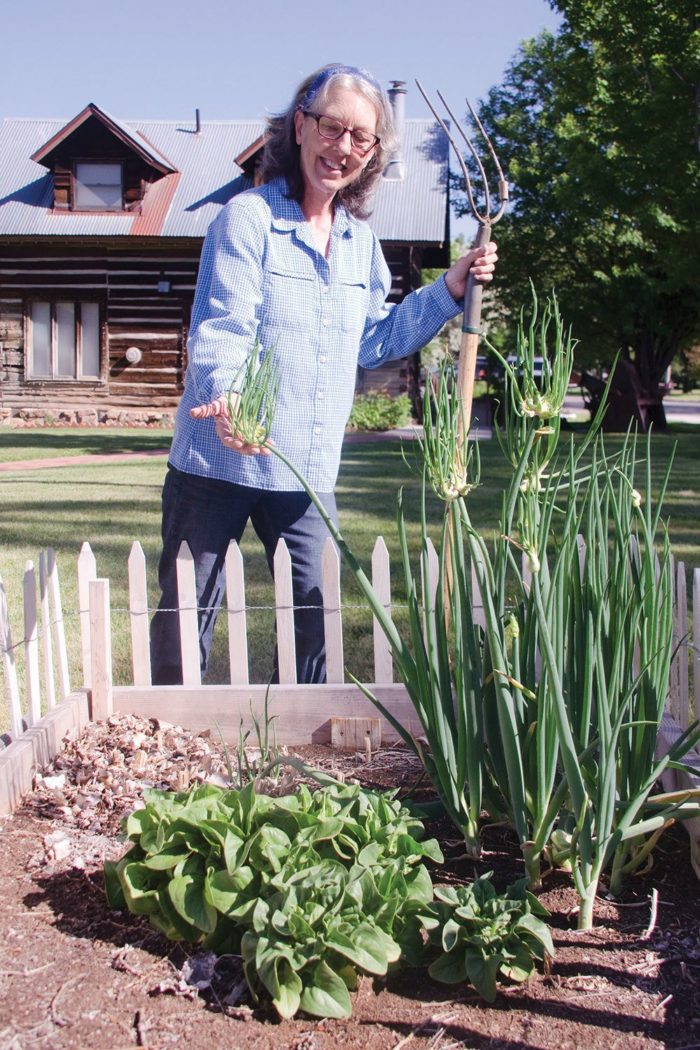 A locomotive headlight on display at the Mount Sopris Historical Society (MSHS) museum serves as a stark reminder that history doesn’t preserve itself.

It was a fixture at the Glenwood Railroad Museum, which was shuttered and had its assets “scattered to the wind” after Union Pacific raised its rent and a measure to create a county-wide historical fund fell through. MSHS also felt the effects of that vote — they have since had to lay off their paid director — but there’s a kernal of hope in the fact that the majority of Carbondalians backed the measure.

“We’re thankful that the community supports us and wanted to help us out,” Interim Board President Sue Gray said. “We want to continue to earn that.”

In an effort to re-introduce itself to the community, the historical society is hosting a Pioneer Heritage Garden Day at the Jail and Cabin History Park (at the intersection of Highway 133 and Weant Boulevard)  from 1 to 4 p.m. on Saturday, June 16. Featuring a rotating schedule with presentations on potatoes, gardening, a planting demo and games like hot potato and a potato sack race, it plays to the passions that brought Gray to the historical society in the first place.

“I wanted to teach people about the ways pioneers sustained themselves before there were grocery stores here,” she explained. “Our agricultural system is in peril and we may need to know these skills again someday.”

To that end, she planted a garden of local heirloom crops, first at the Third Street Center, then at the Thompson House — a spectacular historical resource complete with original contents which will likely remain closed to the public for another year while grant-funded improvements take place. Luckily, the garden’s latest location next to the museum the society originally opened in 2006 has plenty to offer, as well.

Folks will also have a chance to tour the cabin (which Gray has recently rearranged to better display an array of artifacts, books and more) and check out Sarah Uhl’s mini art gallery and studio in the jail — not to mention the public park full of old farm equipment.

“It’s been locked up for way too long,” Gray noted. “We’re sort of at the entrance to downtown Carbondale from Highway 133. We should be here to greet people.”

The museum will be open from 3 to 6 p.m. Wednesdays and noon to 3 p.m. Fridays, with private tours available by appointment. The historical society is in need of volunteers, board members and donors to sustain and expand its services — call (970) 414-1078 to get involved or send a check to PO Box 2.

Folks can also support the society by attending the event and buying seeds, seedlings, and books. Further out, there’s a strong possibility MSHS will be the beneficiaries of Potato Day. The more-than-a-century old event is undergoing some restructuring this year, but it remains a celebration of local history.

“Before skiing, before mining, there was the potato,” Gray noted while paging through the quintessential book on the subject by local settler Eugene Grubb. “There are still ranching families and descendants of the pioneers here. We have a wealth of information about our history and what it means to people.”

She challenged folks who haven’t explored local history to give it a chance.

“People just think it’s all about a musty, dusty past, but when you get to know more you feel yourself connection with people you never knew,” she said. “We’re all going to be history someday.”