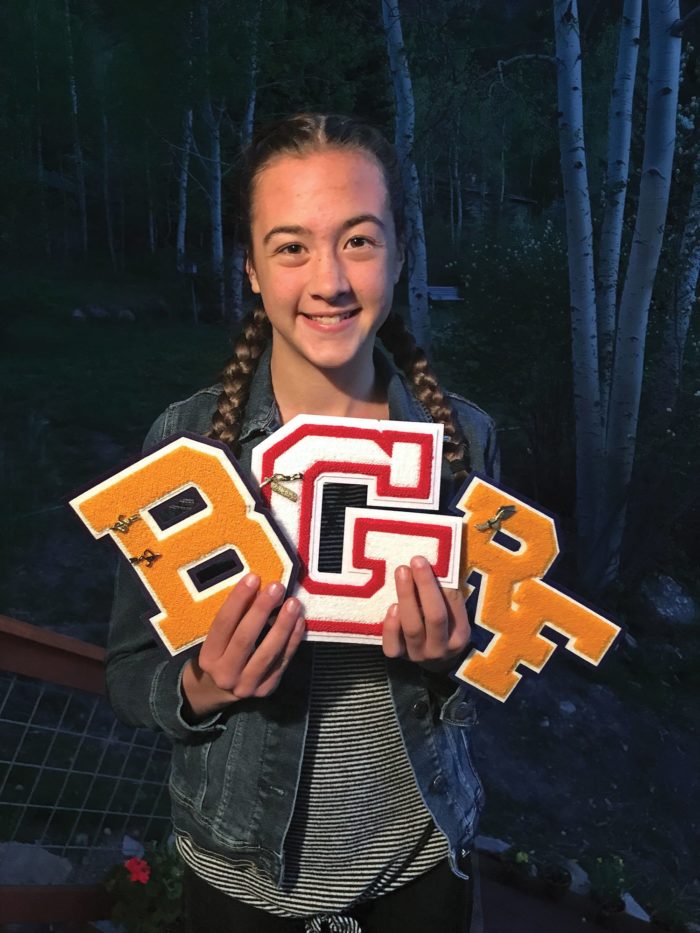 School’s out for the summer, but Sophie Moon isn’t slowing down. In fact, she just began training for another cross-country season with Basalt High School, where she lettered in the sport as a freshman last school year.

“I guess we could have a cross country team, but there would only be a handful [of participants]. There were only five from Roaring Fork who went to Basalt for cross country this year,” Moon said, estimating at least 20 runners in total.

That’s the beauty of the relationships between mid- and downvalley schools, she added. Students aren’t limited in their extracurricular options. She also lettered in track at her home school, but RFHS doesn’t have a fully dedicated cross-country team, so she joined Basalt’s.

The same is true about swimming, but that might be because of infrastructural limitations.

“First off, they don’t really have a pool,” Moon said about RFHS starting a swim team. “I was the only one from my school beyond the Glenwood team.”

Yes, in addition to running cross-country track with BHS, Moon also lettered in swimming — and qualified for State — as a Glenwood Springs High School Demon.

“I got to know the girls there and we became pretty good friends,” she said about her fellow swimmers. “They’re all like, ‘I’ve never seen you in school before,’” and Moon would explain her unusual situation.

And while she admits “it might be scary at first,” she recommends to any student wanting to pursue a sport outside his or her school’s offerings to do so.

“I think people should definitely do it. It’s so fun; you get to meet a bunch of people from different schools.”

Another bonus of competing in different teams with different schools? You’re less likely to get pigeonholed into a trope identity at any one of them, Moon continued.

The individual nature of her sports actually adds a level of camaraderie, too.

“We get to cheer [each other] on a lot,” she said. “If it were basketball, you wouldn’t be able to cheer on the team because you’d be out there playing with them.”

And while in cross country, the girls do often run together, everyone is still working toward personalized milestones. “We all knew each other’s goals and what we were doing and always so happy when they met their goals,” she said. “It was really great.”

As for time management, Moon feels pretty balanced. She typically gets about a two-week break between each sport’s season, and she uses travel time to and from practices for homework. “I guess since it was freshman year, I didn’t have a lot of stress,” she added.

Moving into sophomore year, she doesn’t see herself changing a thing.

“I don’t know what I would do in the offseason if I weren’t doing one of the sports,” Moon said. “I guess I like to keep myself busy.”