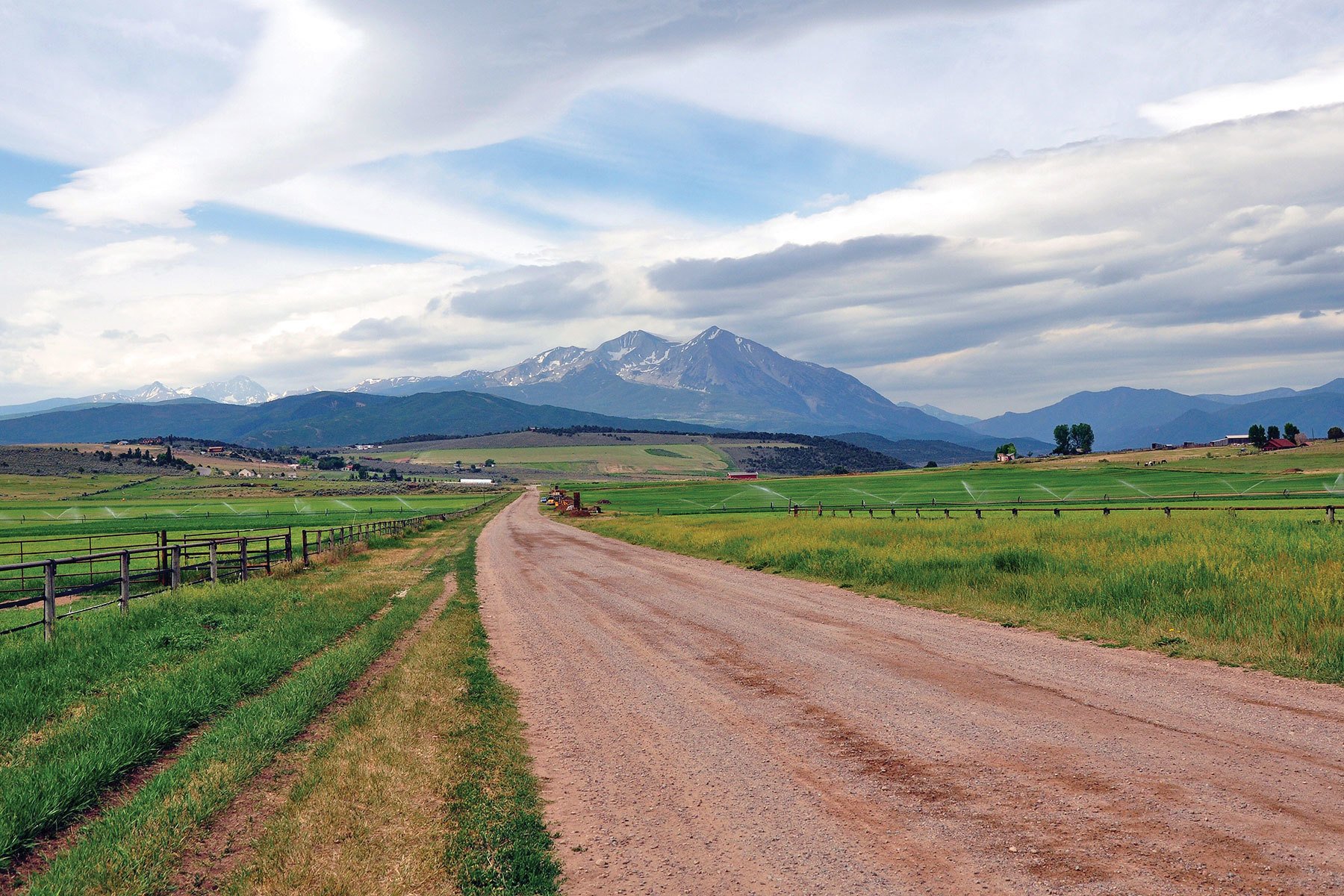 Prayers for rain on Missouri Heights were answered last weekend but the storm didn’t quench local water worries. Gay Lewis lives on 42 acres off County Road 102 with her husband, a few dogs, 22 horses and a herd of goats. She’s lived up there for 20 years and says she hasn’t seen it this dry since 2012.

“We have good water rights but there just isn’t a lot of water this year,” she said.

Lewis’ water season starts at the beginning of May as snowmelt fills the Spring Park Reservoir, a main irrigation water source for upper Cattle Creek land. She has two types of shares: “A” shares and “B” shares. Here’s how they work: “A” shares are direct flow shares, which means they rely on snowpack. They’re used while snowmelt flows through the reservoir in the spring. Those who have “A” shares can get water at the same time the reservoir fills.

There are a total of 13 feet of “A” shares. “Normally, you run 73 feet of water into the reservoir, starting in March,” Lewis explained. “The “A” shares then take 13 feet but the reservoir still fills.” This year, however, the reservoir could only take 17 of its usual 73 feet, which meant “A” shares dropped. “We usually get 36 days of water from those shares and this year we got 13,” she said.

Water from the Middle Ditch, a lateral, or tributary, of the Missouri Heights and Mountain Meadow Ditch, is always shut off after the first cutting of hay season until early July. Lewis’ “B” shares kick in when the ditch comes on again and she gets another 36 days of water on her fields. “Normally, the reservoir is full and we get extra water,” she said. But, Spring Park Reservoir is less than half full this year, which means Lewis will get a mere five to seven days of water in July — plus any rain that Nature cares to give. That’s why Lewis offered a little rain dance Saturday morning before the weekend’s storm.

The water transport system on Missouri Heights is a microcosm of complicated Colorado water laws. A web of ditches provides water to the area. Five ditches divert water from Cattle Creek to serve the Upper Cattle Creek area. The Mountain Meadow Ditch diverts the most water, which fills Spring Park Reservoir. The Needham, Park, and C & M Ditches each divert more than 10 cubic feet per second from the creek.

“Cattle Creek is always a water-tight area,” said Jake DeWolfe, commissioner for the Colorado Division of Water Resources District 5. He added that the creek is taxed as flows drop. “We start turning off junior water rights and it just goes up the list.”

By mid-June, all laterals from the Needham Ditch were turned off, leaving enough water for senior water rights, owned by the Strang Ranch, whose rights date back to the 1880s. That means the ranch gets first dibs on however much water is in those rights. If there’s not enough water to fill Strang rights plus all the other rights, the other users give up their water to the Strang Ranch. It’s nothing personal, it’s Colorado law: first in time, first in right.

Kit Strang owns and operates the 460-acre sheep and cattle ranch off County Road 102. The ranch also raises sod, a more water-intensive crop than alfalfa. She said the seasonal water cycle is drier than it was 30 years ago. “There are more people, more wells, more demand on the rivers,” she explained. “A lot of headwaters go to the East Slope.” Then there’s the conundrum of sprinkler versus flood irrigation practices. “Sprinklers are more efficient but they don’t recharge the groundwater,” she said. Gay Lewis agrees. “All the ranches up here have gone to sprinkler guns and side-rolls, which extend the water but there’s no recharge,” Lewis said.

Liza Mitchell, education and outreach coordinator for the Roaring Fork Conservancy, said Cattle Creek was hit with a double-whammy this year. “Flows are below average because run-off peaked early and it peaked low,” she explained.  That means the timing was early and there wasn’t much water to begin with. The Snotel site on McClure Pass, which measures snowpack and how much water is in the snow, was dry by May 1st.

Mitchell added that once water is diverted from Cattle Creek, it’s gone forever. Return flows go into the Roaring Fork River. “Ideally, return flows go back to the stream of origin,” she explained. “But, the West is piped and ditched and pumped so much now that that doesn’t happen.”

Even with senior water rights from the Needham Ditch, the Strang Ranch isn’t irrigating all of its hay fields and the first cutting was low. “We got about half of what we hoped for,” said Kit

Is it a drought year for the Roaring Fork Valley? Maps from the US Drought Information Center show that extreme drought, in red, has swallowed up the southern third of Colorado and, like a plume of lava, a portion of red reaches dangerously close to the western edge of Pitkin County. Most of Garfield County is in severe drought.

The Climate Prediction Center in Maryland stated last week that Colorado’s monsoon season could kick in early, but local conditions continue to dry up. Pitkin, Eagle, and Garfield counties along with BLM lands and the entire White River National Forest are under fire restrictions. Mitchell said that even if it rains, the water won’t help stream flows or storage levels. “It will green things up but nothing can change the fact that snow was low and run-off is over,” she said.