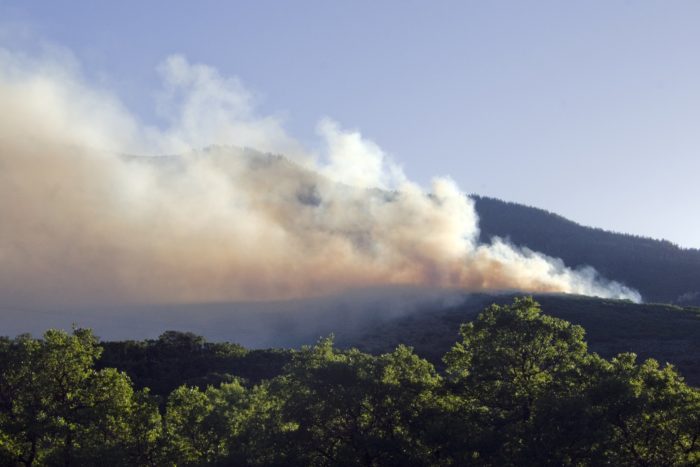 Crews were expected to be released Monday night following the final mop up of the fire that consumed around 50 acres near the Oak Meadows subdivision along Four Mile Road southwest of Glenwood Springs.

A 200-yard brush fire was reported shortly after 5 p.m. June 22  and quickly grew to around 20 acres within a couple of hours — then doubled to about 40 acres in half an hour, according to officials.

The air and ground attack to suppress the fire began promptly. In addition to drops by small and large fixed-wing aircraft and helicopter support, ground crews from multiple area agencies were instrumental in the defense.

Power was turned off to the area and a reverse-911 telephone message went out to some of the subdivision residents directing them to evacuate, but folks were allowed to return to their homes before midnight.

“This early effort undoubtedly kept the fire from spreading,” noted a press release from the Garfield County Sheriff’s Office.

By June 25, the fire was entirely contained. No structures were lost, although the fire advanced to within a few hundred yards of some cabins and buildings in the area.

The Glenwood Springs Fire Department will continue to patrol and monitor the fire for the next few days until it is confirmed out.

Garfield County is still in high fire danger with stage one restrictions —  with the potential to move to stage two.

Barring further developments, this will be the final update to this story.