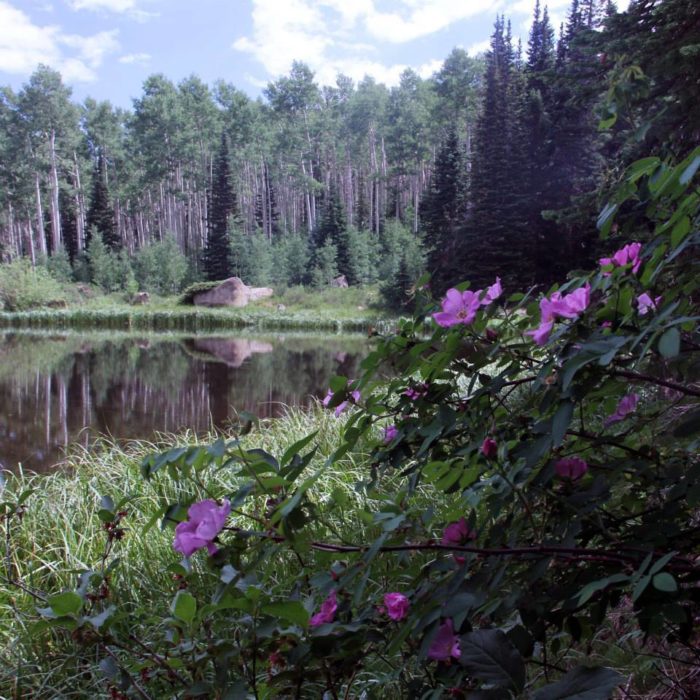 The U.S. Bureau of Land Management announced Friday that it has reached a settlement in the lawsuit filed by oil and gas company SG Interests over the cancellation of 18 leases to drill in the Thompson Divide area of the White River National Forest, near Carbondale.

The leases were improperly issued by BLM in 2003, and covered more than 21,000 acres (about 33 square miles) of critical wildlife habitat and pristine roadless areas that provide an important source for public water supplies for the region.

A coalition of county and local governments, ranchers, local businesses, and sportsmen and citizen groups mobilized and worked for years to protect the Thompson Divide.  BLM ultimately recognized that the leases had been issued in violation of the law and cancelled them in 2016.

Under Friday’s settlement, SG agrees to dismiss its case in exchange for a payment of $1.5 million from the federal government.  The settlement leaves the 2016 lease cancellations in effect.

“This settlement means that important wildlife habitat, pristine roadless lands, and public water supplies in the Thompson Divide will be protected for future generations,” said Peter Hart of Wilderness Workshop. “SG’s leases posed a threat to all of those important values, and today’s agreement is a victory for thousands of us who long fought to protect these public lands.”

The local governments and other groups defending the BLM decision are not parties to the settlement, but supported the lease cancellations.

“SG’s leases were issued in violation of the law, and these lands never should have been leased in the first place,” said Michael Freeman, a staff attorney at Earthjustice representing Wilderness Workshop and Colorado Trout Unlimited.  “BLM properly cancelled the leases in 2016.  We’re glad to see that SG is dropping its challenge to those cancellations.”

The Thompson Divide area stretches across Pitkin, Garfield and Gunnison Counties and encompasses no fewer than nine National Forest roadless areas.  Because it supports recreation, ranching and other local industries, the Thompson Divide produces an estimated 300 jobs and pumps more than $30 million into the local economy.

The area includes habitat for deer, elk and a variety of sensitive wildlife species.  Streams flowing through the Divide provide drinking water for nearby communities. The area is also critically important to local ranchers who depend on federal grazing allotments for their operations.

“The Thompson Divide has enabled the livelihoods of local ranchers for generations,” said Bill Fales, whose family has run what is now the Cold Mountain Ranch near Carbondale since 1924.  “The effort to protect the Divide has united the community – a diverse coalition has fought for this outcome for more than a decade.  The announcement today vindicates that effort, and protects the Divide for all to enjoy.”

“From its prime big game habitat to unique native cutthroat trout fisheries, the Thompson Divide is a Colorado treasure for hunters and anglers,” said David Nickum, executive director of Colorado Trout Unlimited.  “For years, sportsmen and women have fought to protect these lands – so we’re pleased that BLM and SG have reached an agreement that will keep them intact.”

While the settlement is an important step toward protecting the region, it does not end the threat posed by oil and gas development here. SG Interests still holds a sublease for development in the Wolf Creek area, and the coalition will continue to work for protection of that sensitive portion of the Thompson Divide.