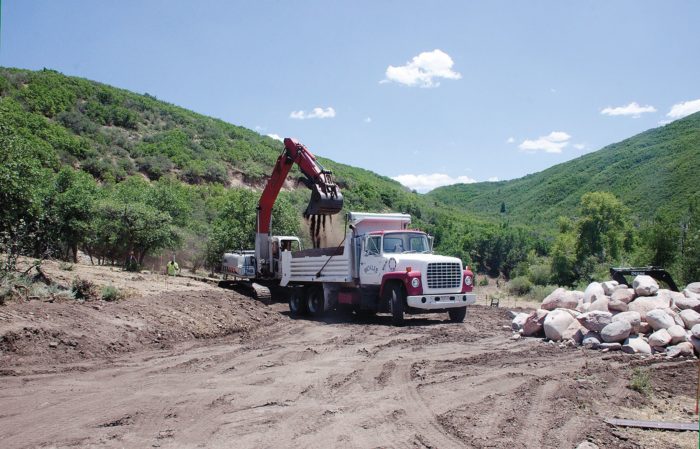 With great use comes infrastructure improvements.

As work wraps up on newly beautified bike trails along Prince Creek, the Bureau of Land Management is turning its attention to the mess of unofficial campsites tucked among the gambel oaks.

Back in 2015, the Bureau of Land Management drafted a Risk Management Plan which called for the prohibition of dispersed camping in the Crown Special Recreation Management Area southeast of Carbondale (of which Prince Creek is part), which has long seen ever-increasing recreation use with minimal management. Following the 2017 acquisition of the 112-acre Haines parcel, the BLM released an Environmental Assessment which further spelled out the agencies plans.

It calls for twelve developed campsites in two new campgrounds of two acres each featuring a large concrete pit toilet, graveled parking and access roads, tent pads, fire rings, picnic tables and the like. One would be located just below the first turnoff north to The Crown and other on an s curve just up the road.

“It’s actually where a lot of people are camping now,” Assistant Field Manager Brian Hopkins pointed out. “We were dealing with long term campers, the risk of fire, trash and human waste and constant complaints all year long. This strategy is to have the minimum amount of development to protect resources and have the experience people want.”

More than five additional acres will be targeted for rehabilitation. It’s a noticeable contrast to the trend toward decommissioning campgrounds going on elsewhere on public lands. Most recently, White Owl and Coffee Pot campgrounds on National Forest land in the Flat Tops are in the process of having amenities removed in the face of shrinking public lands budgets.

Eventually, the BLM plans to create a fee structure to cover maintenance of the sites. In the meantime, prohibitions against camping within a quarter mile of the creek or staying for more than a week during the summer are in place.

Folks looking for a more rustic experience will have to venture further on up the road.