Meet the youngsters on the force 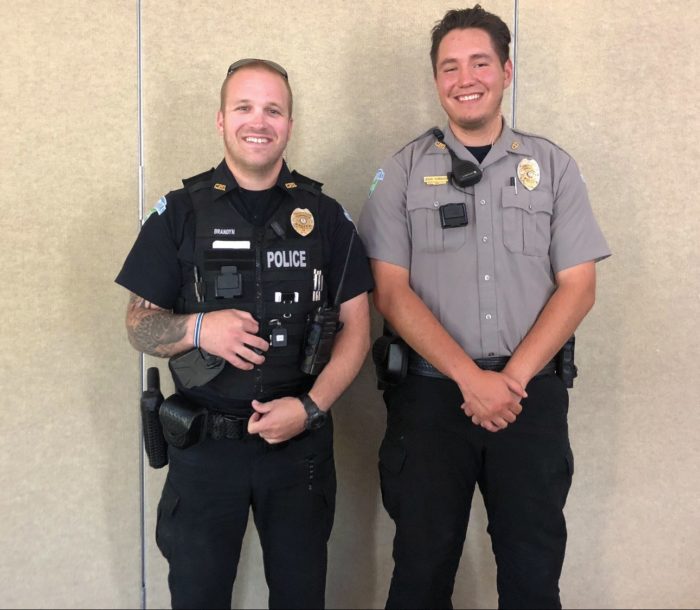 Nineteen-year-old Jesus Terrazas of Gypsum was working for FedEx when he saw an ad in the paper for an opening at the Carbondale Police Department.

It had been his dream since he was little to work in law enforcement. Knowing the odds were stacked against him as he was one of the youngest applicants, he applied for the position. He started in May at the Carbondale PD as an ordinance officer.

He describes the department as a second family, saying, “Of course everyone gives the new guy a little bit of a hard time, but overall they welcomed me with open and accepting arms.” Although Terrazas knew for the majority of his life that he wanted to work with the police, the first time he sat down his parents to seriously tell them he wanted to go into law enforcement was shortly after turning seventeen. “They were more than accepting. And now my little siblings even look up to me, too. They say they want to become police just like me.”

Terrazas works closely with Brandyn Rupp who is also new to the Carbondale PD.  He started at Carbondale in November at age 27. He’s been in law enforcement for four years, spending the past three and a half in Gunnison.

“Some of my favorite moments so far have been patrolling with Brandyn. It just makes me more excited for the work I’ll be doing after the academy.” Terrazas is waiting to turn twenty one unil he’ll be old enough to join the academy. He recently moved to Rifle and after completing his training he plans to stay in Carbondale for the foreseeable future. He enjoys the small community and how personable the town is.

Rupp agrees that working in Carbondale is unique.

“The same crime is everywhere really, just on different scales. Carbondale has all

the same problems as anywhere else, but the community is tightly knit. In Gunnison everything was so spread out, it wasn’t like I was going to drive miles and just go knock on peoples doors to say hi. In Carbondale we have things like First Friday, so if you step outside your door most of the town is just right there. It’s really special.”

Rupp, much like Terrazas, had known he wanted to be a cop his whole life.

“Growing up, I always thought everyone looked up to cops the same way as I did. Unfortunately of course, people have different experiences that shape how they feel about cops. And it’s often justified to have such negative connotations. Because of these connotations it’s becoming even more of a rarity for young people like Jesus to want to become cops. And it doesn’t help that more cops die on average than soldiers across seas. So I’m just happy there’s still people like him interested in the field.”

Jesus is well aware that it’s not traditional for someone his age to be taking on the responsibility he is. “

When I look at other nineteen year olds they’re usually partying, drinking, things like that. So it can feel a little odd to be representing the badge and Carbondale as a whole, but I wouldn’t change it for anything. It really is my dream.”

In his free time Jesus watches baseball and football, both of which he played in high school. He has a girlfriend who will be attending Colorado Mesa University in the fall and loves spending time with his four siblings and parents.