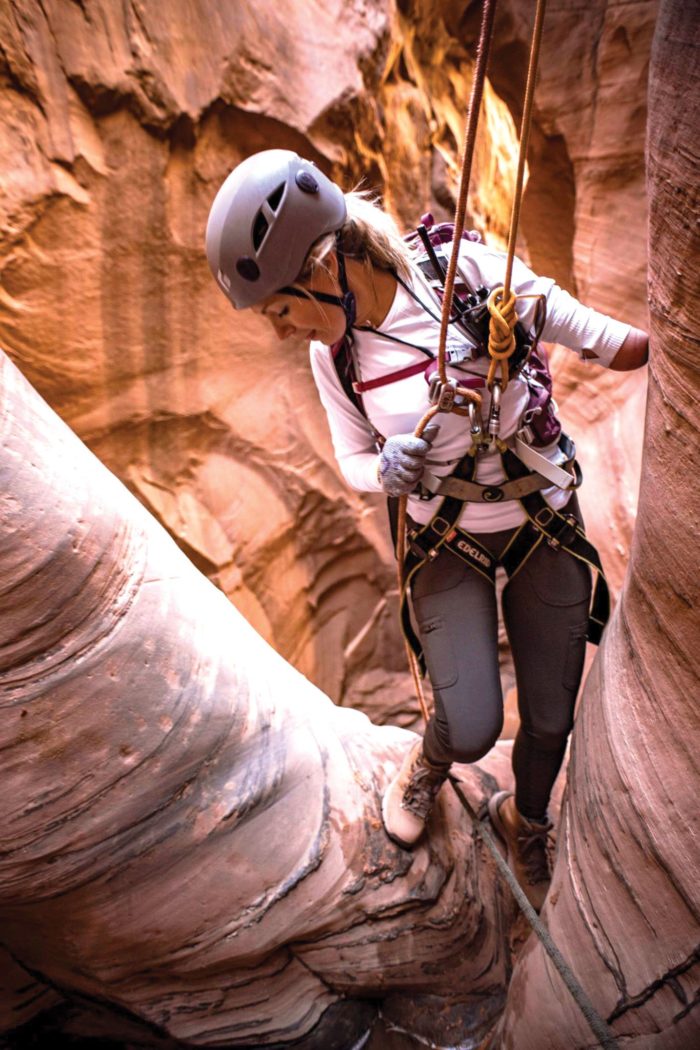 Sarah Herron described herself as “just a girl trying to find love on TV” when she went on the popular ABC series “The Bachelor.” But she was also the show’s first contestant with a physical disability — and that, it turned out, was a much bigger deal.

“When the show aired, I instantly had just hundreds of thousands of messages from girls literally all across the world — London, Canada, Japan — reaching out, saying ‘You’re the first person I’ve ever seen on this TV show that I feel like I can relate to,’” Herron said. “Most of these girls either had a disability or were struggling with self esteem issues. At first, I didn’t really know what to do with the platform because I wasn’t developmentally prepared for the responsibility.”

Amniotic band syndrome, a rare condition that restricts a developing fetus’ fingers, limbs or other body parts, caused Herron to be born with only the upper part of her left arm. And while she hadn’t prepared for such an overwhelming fan response, she never shied away from her limb difference on the show — but that didn’t mean she didn’t allow herself to be vulnerable.

“Trying to date the same guy as 25 other women was really hard on my self esteem, so I was very vocal about that,” she said.

Later, in the spinoff series “Bachelor in Paradise,” Herron gained even more traction with audiences when she stood up to on-air bullying. By that time, she had already founded her nonprofit, SheLift.

“I had a full-time job, so I wasn’t trying to start a business,” the Colorado native said, noting her advertising career in Los Angeles. “I just wanted to do something that gave back.”

It started with a retreat in Aspen because that’s where she herself learned to ski. It’s also where she was first really inspired.

“I definitely had an ‘ah-ha’ moment,” she said, recounting watching an adaptive skier take a fall on the slope while riding a chairlift with her father. “[He] was just crushing these moguls, and then he fell. He was by himself, and I watched him pop himself back up with his arms, and then he just took off down the hill again. That was when the lightbulb went off in my head: if that guy can do it, any girl with one arm, one leg, whatever the physical limitation is, she can do it too.”

Her father suggested she partner with Challenge Aspen. Seven women came to that first retreat in March of last year. Kim Jozefiak, a “Bachelor” fan, was one of them.

“It was the first time I’d seen someone that looked like me,” she said of seeing Herron on television. “Naturally, I followed her on Instagram, and she posted about SheLift. I looked up the organization and shot her an email.”

And while Jozefiak relished the opportunity to learn to ski with specialized professionals from Challenge Aspen, she left with a newfound confidence that translated off the hill, too.

“All of my friends are what I call able-bodied, so I was really looking forward to getting to know people like me,” she said of the trip. “The emotional side of it was kind of the best part because it makes you feel like you’re not going through it alone.”

Now, Jozefiak doesn’t consciously position herself in photographs to hide her limb difference on social media. “I felt more comfortable showing my arm, showing me,” she said.

That, Herron emphasized, is exactly the point.

“Our big thing is helping girls is overcome self-limiting beliefs — that’s the SheLift catchall,” she said. “Being outside and conquering physical feats has the ability to show you what you’re capable of in every other arena in your life. Every time I overcome a new obstacle or I learn a new sport or I do a double-black diamond, it’s the greatest feeling in the world. And that pride didn’t come from anybody else’s approval of you; it came from your ability to show up and try something that was scary.”

Realizing the organization had a much bigger potential than she’d originally thought, Herron quit her advertising job and uprooted her life back to Colorado to commit fully to growing SheLift.

SheLift has led two other retreats since that first one in Aspen, and now the organization is gearing up for its fourth and largest yet.

“We have 14 attendees coming and six mentors,” Herron said, adding that the size of the group isn’t the only change from previous retreats. “We’re trying it a new way: the mentors are going to be women who have attended SheLift in the past.”

Jozefiak will be leaving her professional role managing volunteerism and philanthropy at a financial firm in Chicago for a week in order to serve as a mentor on the upcoming camping retreat.

“I’ve been begging, basically, to come back as a mentor or be involved with some capacity since this is… something close to my heart, very personal,” she said.

In order to ensure the organization’s future is sustainable, Herron hopes to make a formal introduction to the community — she only moved to Carbondale about eight months ago — at a “Summer Soiree” free event, hosted by the 13 Moons Ranch and sponsored by Amore Realty.

“What SheLift needs the most right now is partners and support,” she said. “Partnering with brands that can not only help furnish [retreats] but support our social media and grow that presence online is really, really helpful because I really want to change the way people with limb differences are seen in the media.”