Heroes made on Independence Day 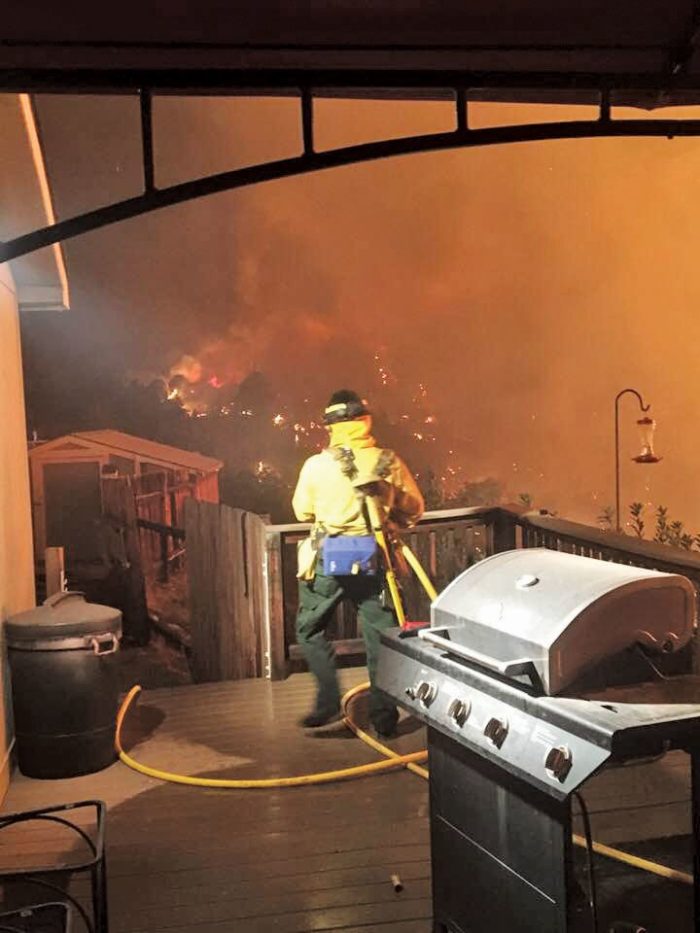 A firefighter prepares to meet the flames at the El Jebel Mobile Home Park. Photo courtesy of Doug Cupp

Anyone who has dealt with wildfire will tell you that it’s an unpredictable foe. While firefighting can be full of repetition and drudgery — hold the line, call for backup, stay out of the way — the fate of a whole community can sometimes be decided in one moment, by one decision and the actions of a few brave men and women.

“Every now and then, there’s a point where you’re putting it all on the line,” he said. “When that came, those folks really rose to the occasion.”

A veteran of decades of fires — including Storm King and Coal Seam, which Lake Christine is likely to join in the ranks of infamy — Goodwin had been holding his breath for the big one for months. When Basalt called for mutual aid shortly after 6 p.m. on July 3, Carbondale didn’t hesitate.

For a moment, it looked like it might be kept small. Then it blew out the west flank and started spotting down the hill. The next day, the wind kicked up and it made a 2000-acre run to the east. All firefighters could do was get out of the way and try to keep the flanks away from homes.

“The fuel moistures are at record lows. We’ve never seen anything like it around here. The fire behavior has the potential every time to be much more unpredictable and radical,” Goodwin said. “But I don’t think it really tricked us until the night of the Fourth.”

By that time, Goodwin was Operations Section Chief at the El Jebel Fire Station. After more than 24 hours of firefighting, crews were tired and eager to be replaced by the federal Type 2 team already trickling into the camp across the road.

“We had planned to just kind of monitor this thing and bed everybody else down until the next day,” he explained.

Then the winds changed.

“There was no warning,” Goodwin said. “All of the sudden there’s a high wind and 200-foot flames rocking downvalley and people running for their lives.”

Greater Eagle Fire Chief Doug Cupp was the first to break it to the folks inside the station that the fire was bearing down on them and the trailer park in between.

“Cupp showed up and said, ‘We have about ten minutes.’ I had about a minute to be overwhelmed and then we had to kick it into gear,” Goodwin said. “I just did my thing, and everybody else did their thing. There were hundreds of people who responded.”

He particularly credited law enforcement for repeatedly bringing order to chaos and getting people out.

“It was pandemonium for a little while,” he recalled. “The people that saw it didn’t need an evacuation notice.”

As fire crews moved into defensive positions, an ember shower began to fall.

“It was like a snowstorm, only it hurt,” Goodwin said.

Plan A was a traditional defense, but with vegetation right up to the trailer park and even under the decks, Cupp encouraged Goodwin to go for Plan B.

“A burnout means you burn the fuel between the flame front and whatever you’re trying to protect,” Goodwin explained. “You’re creating another problem for yourself, and you’re hoping it’s not as big.”

“Burnout operations are usually well planned and have a boatload of people on them,” he added. “We had about eight or nine minutes to set this up.”

That meant standing with the wind in their faces and their backs to the trailer park and  launching flares 30 feet into sage and oak. With less than 100 firefighters available, it also meant double or triple duty with chainsaws and hoselines to douse the embers and prevent their own fire from burning the park down before the big firestorm even arrived.

“I don’t really go for all that hero crap. It’s our job. But that night was absolutely heroic,” Goodwin said. “They knew they were in harm’s way… Everyone had been working or traveling, but it didn’t really matter to them. It takes everything you have — physically, emotionally — to do it well for a sustained period of time. This thing kept going until four in the morning. I think it was everybody’s finest hour.”

Had they not held that line, Goodwin said, it would have been extremely difficult to protect the rest of El Jebel or any of the homes up the hill. As it was, exhausted crews were still obligated to chase the flames up in Missouri Heights. In the end, three homes were lost, but no one was seriously injured.

“None of it’s magic. It’s years of work and the right people in the right place at the right time,” Goodwin said. “If we could make that stand right there, we all knew everybody would likely get out okay.” 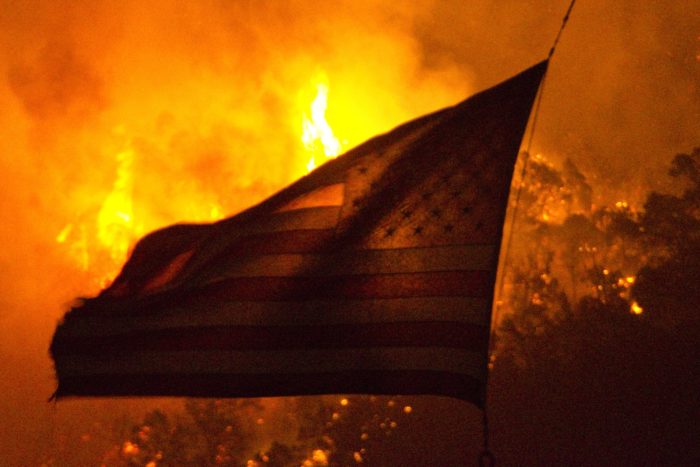