Hospice helps you pack for your final journey 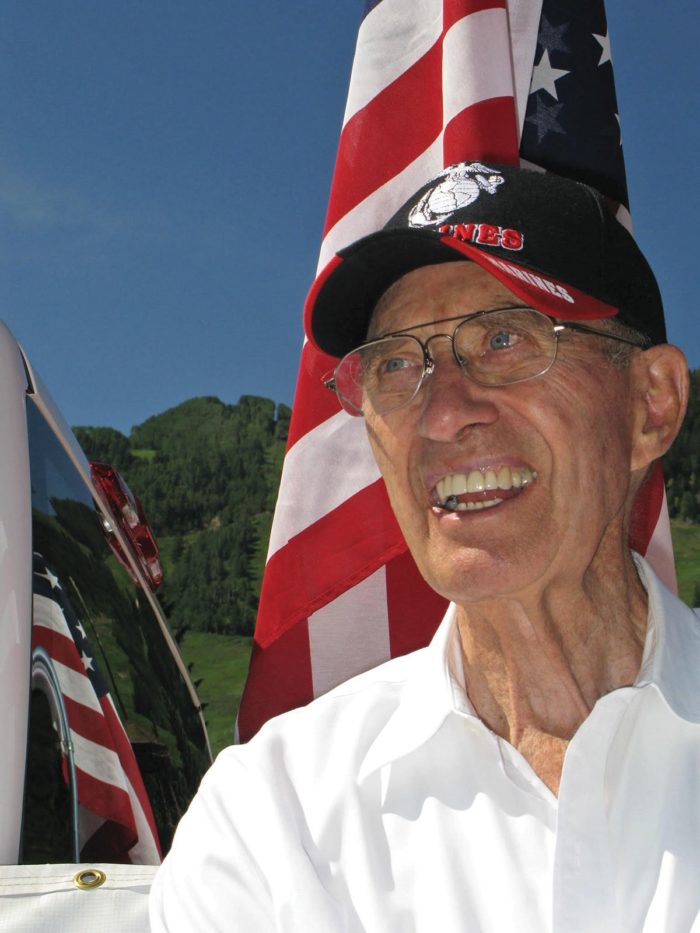 John Bemis, Marine, loved his country and his family. He was cared for by Hospice for several years. Courtesy photo

Memento mori — remember you must die. And for those who see it coming and want to ease the transition, there’s hospice.

“The dying process is extremely important and is one that needs to be cherished and celebrated. Would you prefer to be lying in your own bed or in a hospital?” queried HomeCare & Hospice of the Valley founder Markey Butler. “96 percent of all Americans want to die at home. Having specialized caregivers who understand how to work at the end of the life is extremely important.”

For 10 years this Halloween, Hospice of the Valley has provided just that. Butler, a nurse by training, retired here and was on the board of Roaring Fork Hospice when Valley View Hospital shuttered it. A movement built to replace the service and, with support from both Valley View and Aspen Valley hospitals, Butler agreed to run the show.

It’s something of an uphill battle.

“Physicians are trained to treat,” Butler said. “When to move from cure to care is a hard conversation.”

There’s also the matter of public perception. Most folks do their best to avoid thinking about death until they’re faced with it, and then there’s a perception that end-of-life palliative care is “giving up.” Butler sees it as anything but.

“We’re all about hope — working through the bucket list,” she said. “You want them to go out with friends or get to the top of Aspen Mountain or go fishing.”

As such, the idea that hospice is just a morphine drip for the last few days of life is also erroneous.

“We use so many different medications that it’s ridiculous,” Butler said. “If we’re in there two days, we’re not really doing good hospice care.”

Through the homecare program, some folks even continue treatment while benefiting from their own familiar surroundings. Hospice also offers emotional support, through tough decisions and through into bereavement.

“If you’ve never been around death, it can be terrifying,” she said. “People feel helpless, isolated, afraid, unsure, and panicked because they don’t know what they should do.”

It can be particularly tricky when someone is incapacitated and hasn’t left clear instructions or designated a power of attorney. Butler encourages anyone teenaged or older to have advanced directives — through a form on the state website or organizations like Five Wishes — and update them every five years. In many cases, you don’t even need a lawyer.

There’s also the relatively new factor of assisted suicide, which Colorado legalized (albeit with significant requirements and limitations) beginning last year. So far, however, only around 60 people have taken that option statewide, and just a handful in Hospice of the Valley’s 6,000 square mile service area. With around 90 employees, 130 homecare patients and 50 hospice patients, the organization’s focus is very much on the living.

It helps that pretty much all insurance plans cover the program, although reimbursement to the agency itself is “lousy.” To help offset that cost, the organization is holding a series of fundraisers — July 26 at the Pan and Fork in River Valley Ranch, Sept. 6 at the T Lazy 7 in Aspen and Sept. 26 at the Country Club of the Rockies in Edwards. For more information, visit hchotv.org.

Savor the Journey
What: Cowboy-themed fundraiser with food, libations and live music from the Bo Hale Band
When: 5:30 to 8 p.m. July 26
Where: 303 River Valley Ranch Rd.
How much: $100