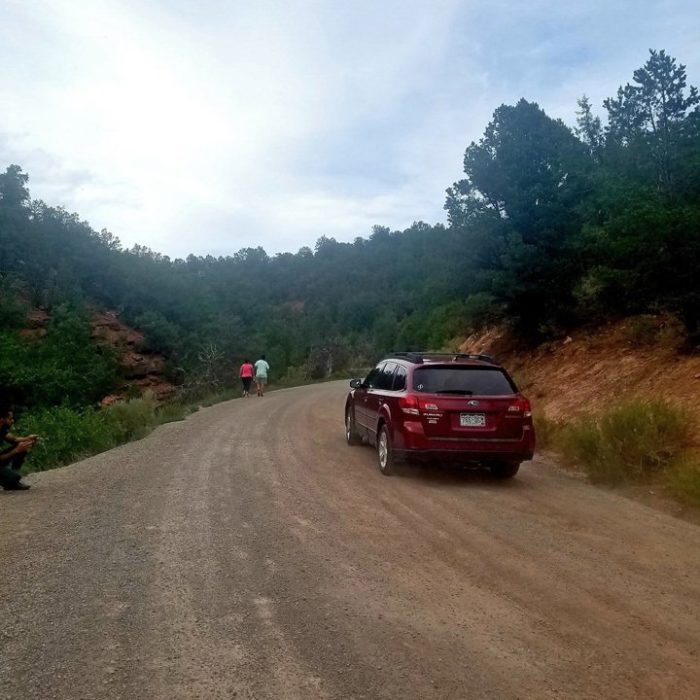 “Most of the attention was on the Sutey Ranch,” said BLM Public Affairs Specialist David Boyd of the 557-acre property acquired in the exchange. The BLM also gained the 112-acre Haines Parcel along Prince Creek in the deal, but Boyd noted that it’s largely remaining intact.

“Haines already had a system of biking trails,” he said. “We have designated a trail issue there and fixed some of the trespass issues and trails that weren’t sustainable. We’ve worked through a lot of that.”

Sutey Ranch, however, is a different story.

“Before we start developing alternatives for a plan and doing the environmental assessment, we start with what’s called scoping,” Boyd said of the meeting’s purpose. “So we were asking the public what issues and concerns you want to make sure we address. That’s going to help us.”

People with different interests have already voiced different desired outcomes for that land, especially because of the property’s proximity to the Red Hill trail system. “There’s some people who want us to keep it as it is right now: foot and horse traffic only,” he continued, noting the RFVHC’s presence.

On the other hand, the RFMBA envisions “two trails open to bikes from the new Sutey trailhead to allow for a loop experience vs. an out-and-back,” according to its website.

“Parks and Wildlife was there. There’s a lot of wildlife value there, too,” Boyd added. “So those are the things we’re going to have to balance as we come up with alternatives for people to look at this fall.”

He estimated that the BLM will have completed its environmental assessment and created a draft plan for comment in the next few months, at which point more public meetings will be scheduled. Comments for this initial scoping endeavor are due by Aug. 5 and can be emailed to blm_co_sutey_haines_rmpa@blm.gov or mailed to BLM, 2300 River Frontage Rd., Silt, CO 81652, Attn: Sutey/Haines Management Plan.

“We want to definitely hear from the public, so if people have some thoughts on that, they should let us know for sure,” he said, adding that more specific comments are more effective. “Sometimes scoping can be a little hard for people to understand because… it’s kind of wide open.”

Meanwhile, ground breaks on the Red Hill Trail Project Tuesday, July 24. The Board of Trustees unanimously approved the second of three proposed trail alignments by DHM Design during its July 10 meeting. The design concept creates three separate routes that connect the parking lot and the Red Hill trail system — a shared access trail, a hiking trail and a downtrack trail specifically for bikers, with a connecting trail between Three Gulch and the new downtrack route.

“The idea more or less is to separate that downhill bike traffic from people who are walking,” said Matt Annabel, communications and outreach director at Aspen Valley Land Trust (AVLT) about the connecting route. AVLT spearheaded the fundraising effort that allowed the nonprofit to purchase the 25 acres at the base of Red Hill.

Roaring Fork Outdoor Volunteers is now leading the charge on building the new access trails. Every Tuesday between July 24 and Aug. 21 at 4 p.m., volunteers will gather to work until dusk. Interested volunteers are encouraged to sign up at tinyurl.com/RedHillVolunteers.

“The really cool thing about this project is that it’s been a community project all the way. The community helped raise the funds, then the community helped plan the trail. Now… the community is actually going to get to build what they’ve worked on so hard,” Annabel said, adding that he’ll personally be out there every week “swinging a whatever it is” (tools will be provided).