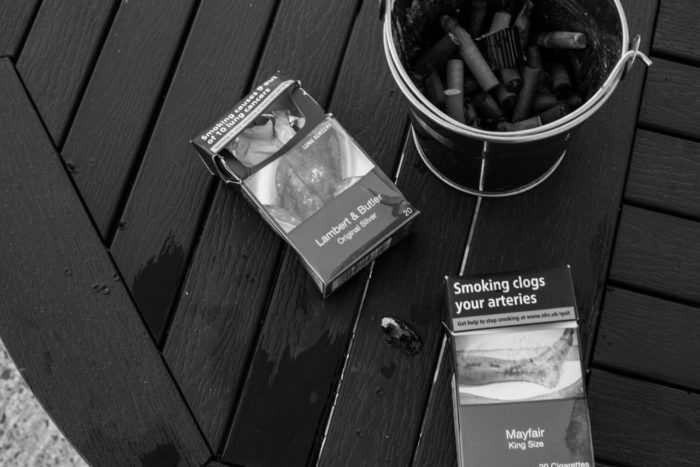 Having increased regulation of tobacco and decreased taxation for marijuana on the same Board of Trustees agenda seemed like a contrast, but the final outcome on July 24 showed a measure of consistency.

Several meetings worth of discussion came to fruition with an ordinance increasing the smoking and vaping age to 21. The Board stopped short of requiring licensing, but will be able to enforce the ordinance with both criminal and civil violations — the former for anyone caught actively selling tobacco to someone underage and the latter for the buyer, shop owner or manager or someone providing it outside of a retail context.

Mandy Ivanov of Eagle County Public Health encouraged trustees to consider licensing at some point, noting that the loss of the right to sell tobacco products at all is a stiffer punishment than a fine.

Several trustees seemed more concerned about the potentially excessive penalties for minors themselves, but Police Chief Gene Schilling doesn’t see a precedent for that.

“Over the years that we’ve had the 18 and under tobacco ordinance, we may have issued one citation,” he said.

The marijuana tax discussion, meanwhile, was championed by High Q Owner Renée Grossman but ultimately resulted in no change.

“We’re the only industry that suffers an extra tax,” Grossman told trustees. “My store in Silt does double the sales we do in Carbondale… I’m just asking for a level playing field.”

She contended that, as an early adopter, Carbondale had set its regulations before the market was competitive and voters were truly aware of the consequences.

Trustee Heather Henry wasn’t about to alter a public mandate without public consent.

“If we were to entertain this, for me it would be to go back to the voters and test if the situation has actually changed for them,” she said.

She also pointed out that Carbondale uses some of the increased revenue to mitigate youth use — though it’s not explicitly earmarked.

As for whether the extra tax was actually having a significant impact on sales, Trustee Lani Kitching had her doubts.

“We’ve heard from different sources that people were upset about the PIF in Glenwood (Meadows) and yet we still go to Target,” she pointed out.

When the Board declined to pursue the matter further, Grossman expressed a lack of surprise, but said she’d likely raise the issue again down the road.

Water is the source of a lot of conflict in the arid West, but at least  a couple of old municipal disputes have been put to bed.

At the same meeting, Trustees approved proposals by Public Works

Director Kevin Schorzman for a water dedication agreement with Colorado Rocky Mountain School and an easement swap related to the Town’s well on the Crystal River.

The former concerns the Rockford Ditch, which has been the subject of debate ever since a piece of CRMS property was annexed by the town in 1979. With each new development, the school and the Town have feuded over water shares, sometimes ending up in court. The solution as presented by Schorzman is simply to assign shares by acreage from here on out.

“It became apparent that there’s probably an easier way to do this,” he said at the meeting. “It just made sense for both the town and CRMS to just spell it out.”

“This is a really good thing to have in place after years of arguing over minute details,” he said.

The Crystal Well agreement, meanwhile, has been in the works since the 1990s. Effectively, the Town will quit claims to easements it’s not using in exchange for new easements around the wellhouse. A .21 acre parcel will also have its deed vacated, something that proved a bit of a sticking point for Trustee Ben Bohmfalk.

“That doesn’t seem like something we would normally do,” he said.  “A quarter acre is not to be scoffed at… I think if any of us owned it, we probably wouldn’t give it away.”

In Schorzman’s assessment, however, it was just part of balancing the scales and Mayor Dan Richardson didn’t feel like getting hung up on it.

“I wonder if that was one of the reasons it wasn’t resolved in the past,” he said.

In other action, the board…

Declined a request by members of the Roaring Fork Horse Council and neighbors to endorse use of the Sutey Ranch property for non-mechanized use, citing insufficient time for public comment with the current Aug. 5 deadline.

Approved a letter of support for the Town of New Castle to accompany its grant application for design of LoVa Trail.