True to its name, The Guest House welcomes all 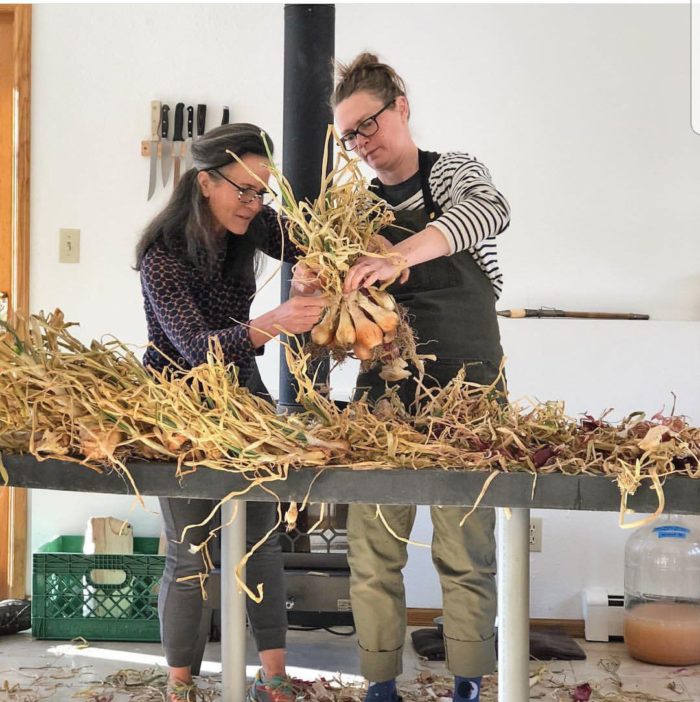 Seth O’Donovan and her team are a few years off from fully realizing her vision for The Guest House at 13 Moons Ranch, but her current mantra is a simple one: yes.

“When folks walk up to me [and say], ‘Seth, we had this idea, maybe we can do this thing.’ I’m like, ‘The answer is yes; the question is how?’” she said. “Saying yes to everything forces you to live in new creativity.”

The Guest House, ultimately, will offer immersive experiences that intertwine farming, dining and hospitality. Though the lodging aspect will be the final phase of the project, O’Donovan isn’t waiting to share her philosophy or the space, which features a treehouse and several 1980s-era cabins.

“We’re never going to wait for this magic, finished moment. I don’t believe that actually exists,” she said. “The background scenes are largely leveraging zoning, renovation and resource building. The front-end scenes are about what we can do, which is what we can do under our current permitting structure with Pitkin County and what we can offer people on the land just because we’re able to.”

That’s Phase One, she explained. For Phase Two, which she slates for next year between April and October, the goal is to have one finished building that is “completely in line with the zoning that it needs and completely renovated,” she explained. “This will enable us to do full event and dinner hosting, as well as all of the educational class and workshop pieces that we want to do through artist studios.”

That latter part is important. Though she certainly has the experience to do so if she wanted — her culinary résumé includes the French Laundry in Napa and Frasca in Boulder — O’Donovan is not interested in creating another high-brow, luxe resort getaway in Colorado. Instead, she wants to create connections for her guests with the land on which they’re staying, and that involves several facets.

“We’re such a fast-paced, information-intaking society that the kind of experiences that actually matter right now are immersive ones,” she said. “When we eat differently, when someone cares for us differently, when we’re nourished, when our nervous systems decompress — those are actual moments of brain chemistry change.”

That’s why Phase Three, which O’Donovan estimates will finalize in 2020, will include a lodging model, though the details on what that will look like are still in the works.

“[The Guest House is] an intersectional project between agriculture, dining and lodging,” she said. “It is that because I believe that people’s disconnection to the land is the root of all of our disconnection. If you provide people experiences to connect to the land, then a lot of other transformations happen.”

O’Donovan is very intentional about creating a business model that recognizes more currencies than simply the almighty dollar. It goes back to creating an immersive, accessible experience that best serves the people staying at her establishment, regardless of their backgrounds.

Again, O’Donovan’s resume backs up her ethos. In addition to fine dining, she’s spent a decade in social work that breaks the mold, ranging from founding an organization dedicated to youth and human trafficking to national organizing with the Flobots to connect civic action pieces with the band’s fanbase.

“It’s just such weird worlds,” she said of the intersectionality between her careers. “There’s no way to explain to folks in the community organizing and social work world why a certain way you open a bottle of burgundy matters, and there’s no way to explain to fellow captains in a restaurant why it’s important to be drug through a street by police. And I just think that’s actually what we need.”

That melding of worlds means acknowledging the commonalities between vastly different demographics. O’Donovan doesn’t believe that task will prove as difficult as it seems.

“I have millionaires tell me that they go to luxury resorts all the time and have a great luxury experience, and walk out completely lacking substance,” she said. “And I’ve had people who are artists and community organizers who are working their asses off 70 hours a week and just figuring it out, who believe or have come to sort of live in zones where their work isn’t valued monetarily. Everyone needs a leveling of the field. We all crave substance, and we all crave basic needs.”

In practice, O’Donovan envisions The Guest House might host traditional events like weddings one weekend and nonprofit retreats the next, plus whatever other concepts to which she can say yes.

But no matter what The Guest House becomes as the concept develops, it will always be the brand on 13 Moons Ranch — O’Donovan has no aspirations to overrun the existing entity or the family that operates it.

“We all know the many layers of gentrification. I’m not interested in duplicating that,” she said. “People’s connections to their land and their generations matter. So 13 Moons Ranch will always keep its title. We’re building basically a model where the family of the property just becomes its eternal VIPs. How fun is that?”