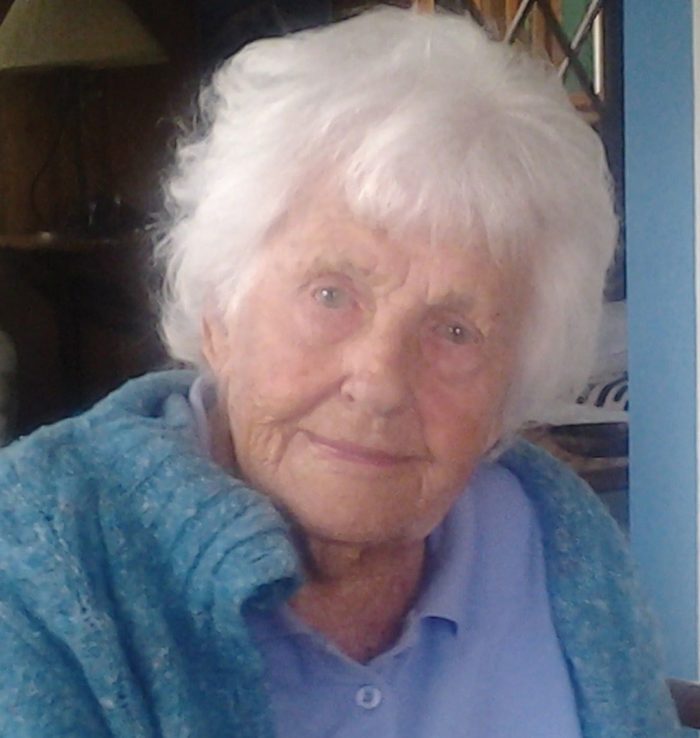 Carbondale as we know it is built on layers of philanthropy, and Mary Lilly’s estate is the latest example.

Lilly died in 2016 not long after celebrating her hundredth birthday, and included provisions for numerous local, state and national institutions — including The Sopris Sun — in her estate.

“She loved this place and she wanted to give something,” noted friend Linda Criswell. “She thought she would need her money until she died, or she would have given it away sooner.”

Although she had no direct descendents, she did include other relatives and loved ones in her will, and it took until last month for all the checks to be signed. Lilly started by making a list of causes and organizations she wished to support, according to Criswell.

“She tended to favor organizations that kept her in touch and welcomed her,” she said.

For a small nonprofit, the substantial support of legacy giving requires special stewardship.

It offers The Sun much-needed financial stability in the form of reserves, and our board and staff is working on other ways to sustainably enhance what we do. We can’t build budgets based on one-time gifts, so we’ll still have to meet our annual fundraising goals in order to plan projects for next year.

As a more mature organization, KDNK has the benefit of an existing reserve and an almost-complete mortgage. As such, according to Director Gavin Dahl, Lilly’s gift to the radio station should be able to fund tangible projects.

“We’ve identified a growing list of things we are considering,” he explained, including a new membership database, an audio console for news department, video equipment or professional development. A gold record will also be added to their wall of fame, and the station is hoping to help resurrect an oral history project of Lilly’s.

“We want our supporters to see that continued giving can be transformational,” Dahl said. “We need to be thinking about a culture of philanthropy and being able to show the impacts of a gift to fund journalism and storytelling.”

For Criswell, the most moving tribute to date was a free concert arranged by the Aspen Music Festival in Lilly’s memory.

“I think all nonprofits should have some kind of a plan and way to recognize people,” she said.

Lilly isn’t the only Carbondalian with legacy arrangements.

Most folks choose not to reveal their estate plans in advance — in case something changes — but Sue Edelstein and Bill Spence made an exception for a special arrangement with the Third Street Center. Along with Greg and Kathy Feinsinger and Jim and Connie Calway, they’ve pledged $1 million (with $1.2 million as the 2020 goal) toward a special Alpine Bank loan, saving the nonprofit center $30,000 in interest every year. Along with ongoing giving (all of the aforementioned donors are also Honorary Publishers for The Sun), it lets them see their money in action here and now.

“They have a very special program that’s totally unique and amazing,” Edelstein said. “I would love to see more people do it.”

She’s not concerned about the lack of instant gratification with a legacy gift.

“It’s satisfying to see what a donation does, but the satisfaction also comes in the decision to do it and knowing you’re going to help a special organization continue to exist and thrive,” she said.

“We’ve asked the question of what’s important to our lives, and what we really believe in, Spence added. “The community is very important to us, and is our family as well.”

And, according to Edelstein, it’s just as easy as leaving money to a loved one. Those with an IRA or SEP retirement account might find it even easier, with tax exemptions on both end if withdrawals go to charity.

And while they’d love to see some of what they leave behind go to special projects, stability is important to them, too.

Organizations need financial support just to be who there are, and we recognize that,” Spence said. “I think the term legacy is full of meaning. It’s nice to see things that you believe in have stability and the potential to evolve.”

The couple specifically cited an excellent financial planner for making it possible for “solid jobs and a strong ethic that we should live below our means” to translate into both financial stability and meaningful bequests and the Calways for inspiring their giving in the first place.

Jim Calaway himself told The Sun that, since his kids are already independently wealthy, he and Connie plan to leave everything they haven’t already given away to their many causes.

“Legacy giving is a wonderful thing to do with your life,” he said. “I really encourage people who are in the position to help to do so.”