Rams football in jeopardy as fall practices get rolling 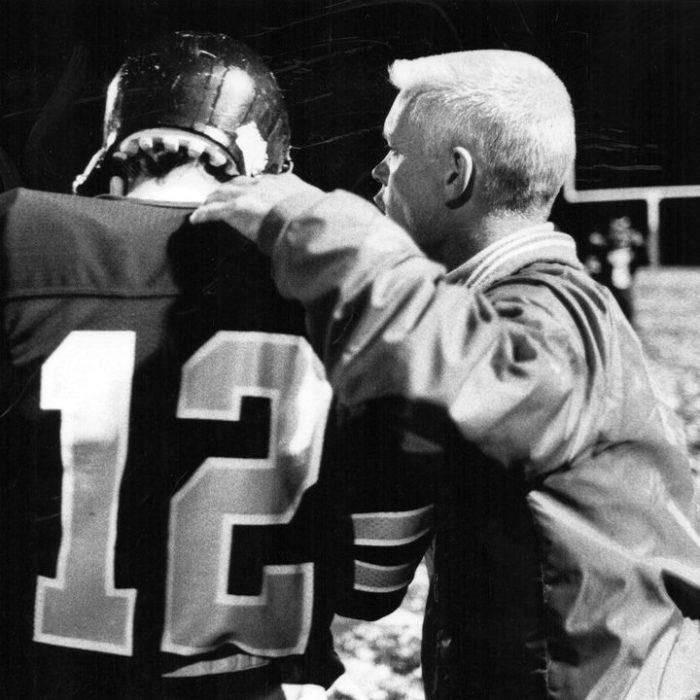 In the wake of a winless season, it’s a hard sell for Roaring Fork boys to come out even for junior varsity football, but once-and-future coach Dave Close isn’t going to give up easily.

“I don’t want to see it die, but you can’t do it without the kids,” he said, looking down on the field he presided over from 1987 to 1996 (an era when the Demons and Rams were on equal footing with recent state titles).

It was the second day in a row Close had made the drive from Buena Vista, eschewing coaching gigs closer to home. The first was a disappointment, with more coaches — some of whom played for or coached under him during his first tenure — than kids turning up. It’s a problem he never thought he’d have in Carbondale.

“We used to have 40 kids almost every year, practiced twice a day and didn’t think anything of it,” he said. “I realize it’ll be different. It’s a different culture. But if we could just get it started, I believe this time next year we’ll have 30 kids.”

For now, he’s just hoping for at least 15 to show up for practice by Aug. 13, or the Rams won’t meet the requirements to play in their first scheduled games. To that end, he drafted a letter to high school parents, addressing some common concerns.

“I am the father of four boys, all of whom played football with my blessing. Did I worry about head injuries? Of course, but not any more than other kinds of injuries, and certainly not enough to consider having them not play,” he wrote. “My coaches and I will work hard to show your players how to play the great game of football and keep their heads out of the action.”

He also addressed toxic masculinity, assuring parents that, far from being a haven for machismo, his teams emphasize sportsmanship and cultivate gentlemen.

“You give us your son for four years,” he wrote. “If after those four years he is a better person and on his way to becoming a responsible member of society, then we have done our job. Wins and losses will take care of themselves.”

Close thinks the decision to scrap varsity for the time being will give the school a chance to put aside the humiliation of last year. For the coaching staff, playing on Monday night instead of Friday is a long sight better than having Roaring Fork kids play for Basalt or Glenwood.

“We don’t have to have that pressure,” he said. “We could at least compete.”

It’s a shift in philosophy for a 46-year coach and a team with three state titles, but it’s not unprecedented. Other area teams have come back from years without football, and Gunnison (another past powerhouse) is also sticking with JV this year. It’s far from a universal trend, however, and Close doesn’t see high school football going anywhere.

“If you’re gonna have a good football team, every guy has to do their job,” he said. “I think there are a lot of great sports, but there’s something special about football.”

With or without football, there are still plenty of opportunities to see Roaring Fork students compete on the court and the field.

Girls’ volleyball held practice this week as well, with a massive turnout. Another former familiar face returning after time away, Coach Karen Crownhart-Nieslanik isn’t quite ready to speculate about the season.

“These girls are excellent athletes. I feel like there’s a lot of potential,” she said. “I really just want to go into it with open eyes and give everyone a fair shot.”

Boys’ soccer coach Nick Forbes, meanwhile, is seeing five years of groundwork come to fruition. The Rams are projected to be one of the strongest teams in the league, with most of the starters from last year’s strong team returning.

“These kids have been playing together for ten years. It’s their season to show their merit and win or lose,” Forbes said. “We’d love to go a step or two further than last year, which means the semifinals.”

The soccer boys will also have a few chances to step into the spot left vacant by varsity football. A handful of games — including homecoming on Oct. 5 against Aspen — will be played on Friday night under the lights. Hopefully the community will come out to cheer them on.