Pages of the Past: Life goes on without Kenny’s pharmacy 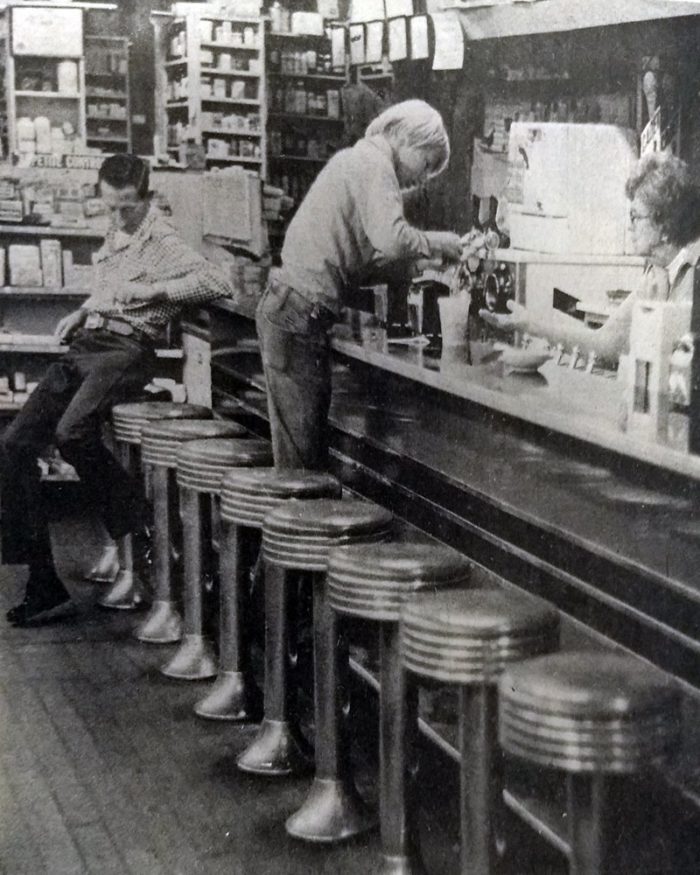 Kenny’s Pharmacy was closing its doors after 16 years as “Main Street’s top commercial attraction.” Owner Kenny Wieseler sent out letters to account holders, put up signs in the window and dispensed free coffee to those who came in to express dismay at the loss of a classic staple in the middle of a supposed boom. “Not one of the cutesy drug stores fixed up to look old fashioned, Kenny’s was pure funk right from the slamming screen door and wooden floors to the ‘50s formica fountain,” Pat Noel observed. “Quixotic, but typically Carbondale. And a Carbondale, by the way, that is fast disappearing as Aspen mega-bucks and semi-cool move in. So much for the lament. As for myself, I think I’ll go down and have one last milkshake. Make that a double, bartender.” (That last part was unintentionally apt, as the space is now occupied by The Pour House.)

Marble residents came out overwhelmingly against proposals to improve Schofield Pass. The 100-year-old road had long since become suitable only for the most rugged of offroad vehicles, and folks liked it that way. It prevented the unprepared from attempting the drive and kept through traffic to a minimum. Even Mark Jones at the General Store didn’t want more visitors, saying “Nobody comes to Marble to spend money anyway.”

“They Came from Missouri” — a history of Missouri Heights by Anita Witt — debuted. Full of stories from Ute racing ponies to the early homesteading families to water diversion and subdivisions. Witt talked to the living members of 45 area families, including the Fenders, the Blues and the Jammarons, rather than taking a more scholarly approach. “These are the actual stories exactly like they were told to me,” she said. “It’s important for school kids to know them.”

In other news… Roaring Fork High School graduate Dana Boyle won two national titles at the USA Track and Field Junior Olympics, including a record-setting performance in her age group for 3,000 meters.

Blacksmiths came from every corner of the state to convene in the late Francis Whitaker’s Colorado Rocky Mountain School shop. More than a dying art, the trade had changed from making horseshoes and machine parts to custom metalwork for railings, furniture, lighting and more, and Carbondale was (and still is) a particular enclave thanks to Whitaker’s work.