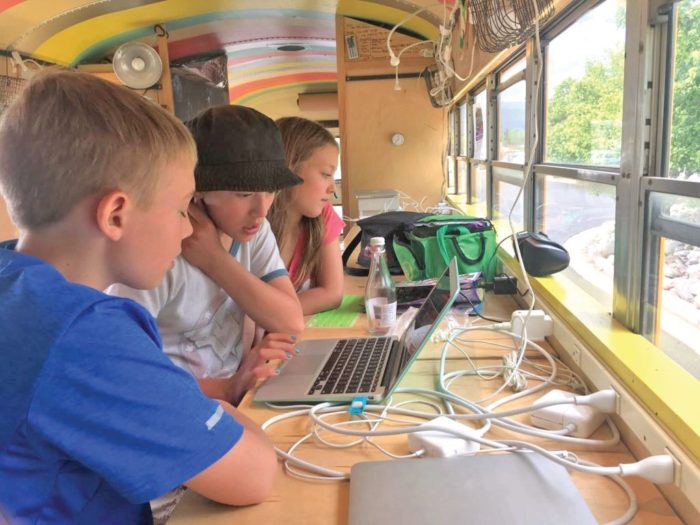 Compassion is a verb. That’s the contention that Way of Compassion Founder John Bruna and Director Aaron Taylor are making, and they’ve organized an entire festival to convey the assertion.

“The whole purpose here is to inspire people into action,” Bruna said of the inaugural Compassion Fest: Film Festival and Symposium. In addition to film screenings, the three-day event will feature workshops, live music and speakers. “The motivation there is to highlight people actively making a difference, celebrate them, then inspire us to do the same.”

The main event— titled Compassion is a Verb — will spotlight five presenters, all of whom are dedicating their time to a cause. Locals may recognize Lt. Col. Dick Merritt, who will discuss Huts for Vets, an Aspen-based nonprofit that offers free wilderness therapy for veterans in the 10th Mountain Huts. Maria Duenas of the Valley Settlement Project will offer insights about the improvements the organization is making in the area’s immigrants’ lives.

“What we wanted to do is not highlight someone who’s already famous,” Bruna said of the speaker selections. “We wanted to highlight organizations we could give that extra boost to.”

That doesn’t mean that featured speakers are strictly local: in addition to Merritt and Duenas, the Compassion Fest is also hosting guests from Colorado Springs, Littleton and Miami, Fla. And while each presenter will be representing his or her respective projects, there is a personal element, as well.

“I think a lot of people are not aware that I was abused as a child, and that’s something I want to bring up,” said Somi Ali, president and founder of No More Tears, a Florida-based nonprofit dedicated to tackling human trafficking and domestic abuse. “I want to share all of these things, and I think when you have all these horrific things happen to you, it’s very individual how you react. I couldn’t think of a better way of healing, just to help other people.”

Bruna is hoping these kinds of stories will inspire people into action. After all, Compassion Fest itself is the result of his own inspiration from Five Points Film Festival.

“I saw Five Points and thought, ‘Could we take a model that grows that much interest from people who are thoughtful and environmental and channel that into active acts of compassion?’” he said.

Another fundamental goal behind the festival is education, which is fitting, since compassion is one of the five habits of a scholar that Roaring Fork Schools adopted into its curriculum, Bruna noted.

“That was from John’s inspiration: incorporating the local community and looking at the schools in particular and thinking about how can we as Compassion Fest can grow into the entirety of the year,” Taylor said. “I knew Rosybelle School Bus was looking to increase the technical aspect of their program; I just so happen to live with [director and writer] Hamilton Pevec. We did a 12-hour student course that was for middle school students. I did a 15-minute introduction to compassion, and and over the course of 12 hours, they created films.”

Three of those films will be screened during the festival.

“The idea is, from our perspective, how do you use these different tools and techniques that people are interested in to not only learn a skill but to weave in compassion as a thought process and into those actions as well?” Taylor continued.

It’s an idea that the Town of Carbondale has formally adopted. During their Aug. 14 meeting, the trustees and Mayor Dan Richardson made an official proclamation defining compassion as the desire to remove suffering and declaring the week of Aug. 13 Compassionate Carbondale Week.

“It really does embody — to me, anyway — what Carbondale is all about,” Richardson said. “The way we conduct business as a town is very compassionate. Then you extend that beyond the town government to our focus on nonprofits and the community feel that nobody can quite describe but everybody feels it, I think it makes a lot of sense.”