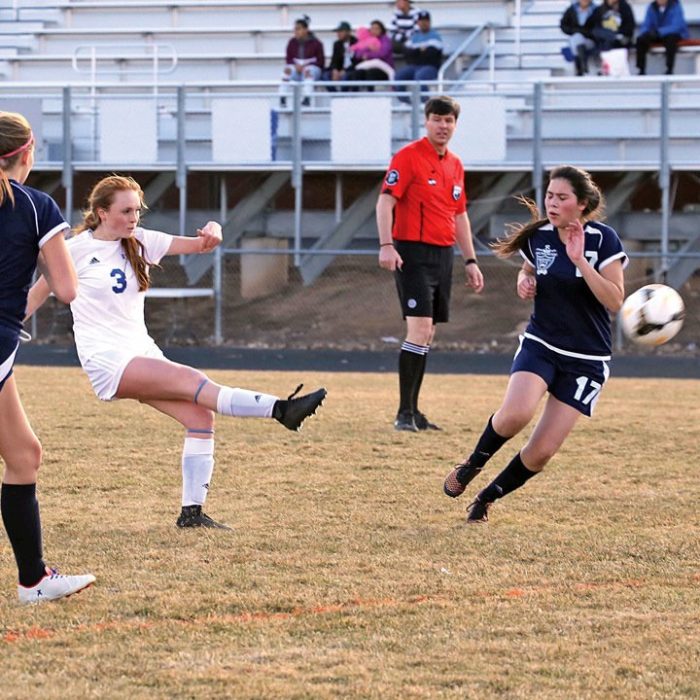 As educators and administration staff across the Roaring Fork Valley embark upon another school year, the classroom will not be the only place math determines success. Four years ago, Colorado State High School Sports and Activities (CHSAA) instituted a new system for determining post season sports rankings. This system — called the Rating Percentage Index (RPI) — continues to be a bone of contention amongst the high school sports community despite this being the third year of its implementation.

CHSAA adopted the RPI formula as an effort to reduce nepotism and any “big school” biases that existed.

Andrew Huntsman, Basalt High School’s girls soccer coach, put these changes in context: “I feel like the RPI system was a little confusing for the girls to understand at first. It is not only about winning our league games now… Every game is important on our schedule, which makes it a lot more exciting and I think more fun for the girls.”

Roaring Fork and Basalt High Schools play in the 3A Western Slope League. While the league has continued year after year to produce quality athletic programs, teams on the Western Slope (and the Roaring Fork Valley specifically) operate at a disadvantage geographically when scheduling non-league games against quality opponents with a good strength of schedule.

As the numbers in the RPI formula stress again and again: strength of schedule is king.

Jade Bath is the athletic director for Roaring Fork High School. It is her responsibility to schedule games for the school.

“We are starting a new two-year schedule cycle, and our strategy is to continue to schedule and play quality games against strong opponents here in the valley,” she said.

That two-year cycle allows for each team to have a home and away game. League games account for only a portion of a team’s schedule for the year. This can leave athletic directors scrambling to find quality non-league opponents in close proximity to the Western Slope or taking on tremendous financial expenditures for away games on the Front Range.

“We certainly have to place more time and thought into how and where we schedule our opponents,” Bath said. “Geography makes this difficult. Teams on the Front Range are only a 30-minute drive from any number of strong teams. On the other hand, for us to play those same opponents, we have to budget for bus travel, hotel rooms and food for the kids… It is a big financial expense without any guarantee that it will add up to a better RPI for our programs.”

Nick Forbes, the boys soccer coach at Roaring Fork High School, grew up playing high school sports in the Valley and is no stranger to the obstacles that teams in this region must overcome to remain competitive on the state level.

“The RPI system is not designed for the Front Range to benefit; however I do believe that they have the ability to benefit from the current system the most,” he said.

Forbes’s career as a high school student athlete ended in 2005, and from that time until now, he maintains that there is only one glaring unfair competitive advantage in the ranking system as it is currently constituted.

“No matter what we do with RPI, I don’t think it’s going to matter until we figure out a way to create some equity between public and private schools,” he said. “It is an unfair advantage to have private schools like Kent Denver and Colorado Academy, who have the ability to provide scholarships to student athletes while commanding an athletics budget that no public school can match.”

Coincidentally, 2005 was the last year that a public school won a state championship in boys soccer.

Still, it appears CHSAA is intent on continuing to even the playing field for all schools and regions across Colorado. Their recent tweaks to the RPI formula further suggests that, despite there being a less-than-perfect system in place, CHSAA is willing to continue working with administration, coaches and players to ensure that all parties involved are provided the best possible situation to compete fairly across all sports.

Hunstman prefers to keep it simple.

“More important than concerning ourselves with what is ‘fair’ or ‘unfair’ is to continue to make the best schedule we can, develop the best players we can and to win the games in front of us to the best of our ability,” he said.