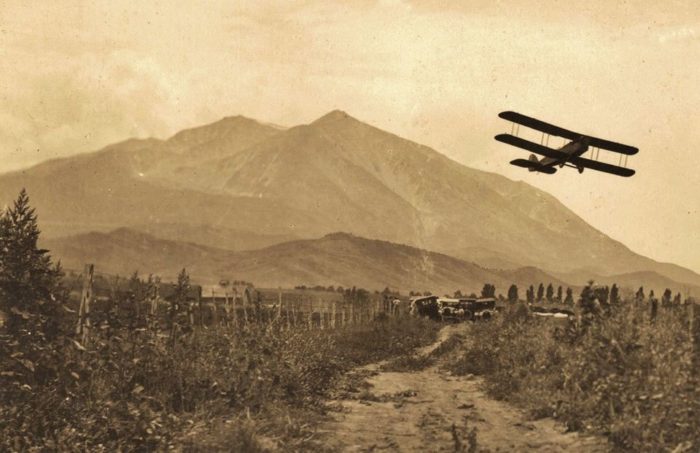 Over the course of the last century or so, a wide array of folks have pitched in to make Potato Day a reality — from farmers and ranchers to the municipal government to members of local sororities. Now, with Xi Gamma Tau retiring from its role, Carbondale’s oldest event is in the hands of the Recreation Department — but not alone.

“There’s always been Town involvement and we have a lot of special events, so we’re good at them, but we needed help, so we started looking for partners,” Rec. Director Eric Brendlinger explained. “We definitely want to see it continue for another 109 years.”

The Carbondale Chamber of Commerce was quick to step up, followed by folks from The Sopris Sun, Carbondale Branch Library, Roaring Fork High School and others. Perhaps most prominently, The Mt. Sopris Historical Society will be a major participant and the beneficiary of any proceeds from the traditional lunch.

The organization — soon to be rebranded the Carbondale Historical Society — has struggled with funding in recent years, and is in need of more volunteers and board members.

“We’re about living history, not just the past. We want to do something for our community in the present day,” MSHS President Sue Gray noted. “This is a good opportunity to reintroduce the Historical Society, what it does, and what it could potentially do for Carbondale.”

According to Gray, Potato Day started as a way for folks who might not often see each other to connect when they were all in town with their harvest — sending trainloads of potatoes off to fancy restaurants on the East Coast and elsewhere.

“It’s a very spirited celebration that connects through generations and genres,” she said. “It doesn’t hurt to remind ourselves that we’re a small town and we rely on each other for support and camaraderie.”

Added fellow board member Dorthea Farris, “We had a real reason for being here. I think as we become one Valley, each community wants its own identity. We want to hold onto our uniqueness.”

It’s all scheduled for Saturday, Oct. 6 coincide with Homecoming festivities at Roaring Fork High School — a week of games, costumes and activities culminating in the crowning of the court during the soccer game on Friday and a dance on Saturday night (in days of yore, the adults had a dance, too). Homecoming royalty and a float from each grade traditionally appear in the parade, as well, which is slated for 10:30 a.m. with a theme of “Taters take flight.”

It’s a reference to the centennial of the first plane to touch down in Carbondale — in a potato field, no less. The theme gives plenty of leeway for costuming and decor, from early aviation and absurd flying contraptions to fairies, butterflies and pterodactyls. The Historical Society itself is seeking participants and crafters for their own “Steampunk Spud” float (call 414-1078 to get involved).

For it all to come together, organizers are seeking vendors and sponsorships, with applications due by Aug. 31. Forms are available at the Rec. Center or online at www.carbondalerec.com.

“It’s a lot more fun to be involved and to be a part of it,” Brendlinger said. “It’s our chance to feel like we live in a small town again, no matter how big it gets.”